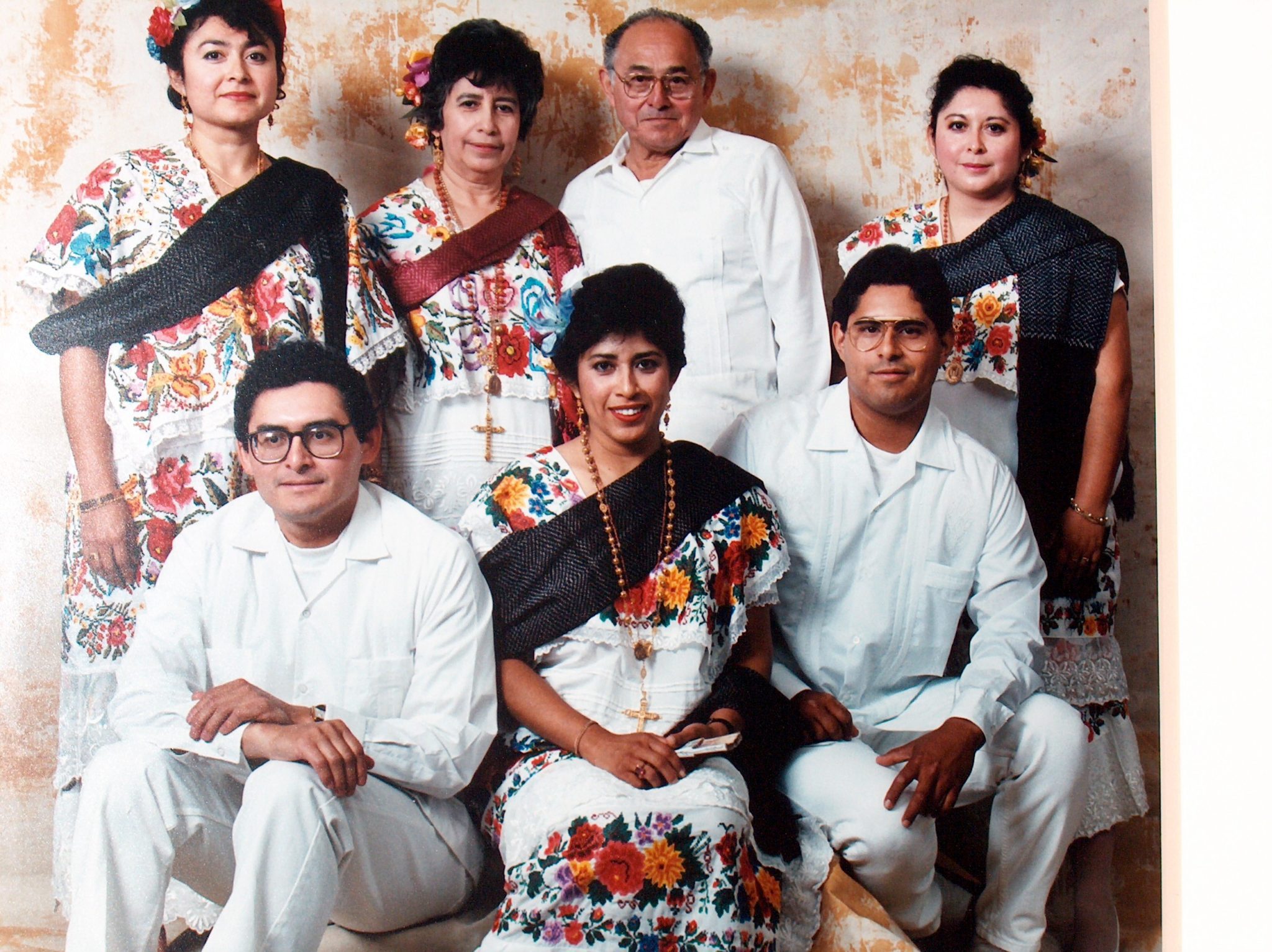 Tomas “Tommy” Bermejo came to the US from the Yucatan as a guest worker through the United States and Mexico’s Bracero Program, which ran between 1942 and 1964. Tommy’s first business was a small café on MacAllister Street called Elmy’s Café, named after his wife. When Tomas decided to start a restaurant in 1965, he found the space on Geary Street and bought the building. It was very fortuitous that Tomas and Elmy purchased the building. “I am lucky that my parents bought the building,” explained Julio Bermejo, son of Tomas and Elmy. “We were able to ride out any early struggles and never had the threat of our rent being tripled in price.”

With Mexican food being the third most popular cuisine in the US, there is no shortage of Mexican restaurants. But, when Tomas opened the restaurant, instead of picking a Spanish name, Tomas chose the name Tommy’s. It may be easier to say or remember but “no one goes to a Mexican restaurant with the name Tommy’s,” Julio laughed. “It might be the worst decision they made.” Perhaps it was not the smartest decision but through word of mouth, the restaurant has not lacked for customers and 50 years later that decision did not harm them.

When one talks about Tommy’s Mexican Restaurant, the Tommy’s Original Margarita is a natural part of the conversation. Tommy’s got their liquor license in 1976, a decade after opening. Margaritas were on the menu using the traditional recipe of mixto tequila, simple syrup and fresh lime, blended.

In the mid-80s, Julio began working fulltime at Tommy’s after graduating from Berkeley with a degree in Political Science/ Foreign Service. He began working as a busboy, then a line cook and finally behind the bar at Tommy’s, where he would transform Tommy’s into a premiere tequila bar with one of the largest collection of 100% agave tequila outside of Mexico.

The agave tequila collection began soon after Julio was introduced to 100% agave Tequila in the mid-80s. “Hornitos was the first 100% agave tequila that I saw.” He came to the realization that when high quality liquors were drunk, “people didn’t feel hung over the next day.” As a result, Tommy’s put 100% agave tequila in their well. They eliminated the bottom shelf, basing this decision on taste and were the first bar in the country on a volume basis to make this change. They were the first restaurant in the US to serve Herradura Silver, from the 100% agave-exclusive producer of tequila, as their “house” tequila. Tommy’s was still blending their margaritas but they were focused on quality.

In the late 1990s, with a glut of agave production, agave fructose became more accessible. Tommy’s started buying the agave nectar and were the first to use it in their cocktails. To this day, Julio makeshis margaritas with natural agave nectar in place of triple sec. As a small neighborhood restaurant with little press recognition, the use of agave syrup was their own littleknown secret.

In 2001, Julio started traveling internationally with the then President of Mexico. They went to England and Paris where the president was signing agreements about the denomination of origin of Tequila with the European Union. Julio traveled as one of the Tequila expert, teaching people about the spirit. “Tequila was new to everyone but they were so enthusiastic and were like sponges soaking it up,” Julio recalls. After this trip, Julio brought English bartender Dre Masso to San Francisco for six months to learn more.

Julio would train bartenders like Dre Masso how to make a proper margarita but that is what is was, a proper margarita. “I never introduced the drink as a Tommy’s Original Margarita,” Julio explained. As bartenders like Dre returned to Europe and traveled the world, it was referred to as Tommy’s Margarita. “It’s a huge legacy today. Anywhere in the world, people know the Tommy’s margarita.” Julio continued, “it is amazing to pick up a menu in Chinese at a Tequila bar in Shanghai and the only words you recognize are ‘Tommy’s’ and ‘margarita’.” As of 2008, the Tommy’s Original Margarita is the first-ever venue specific recipe to be in the International Bartenders Association Manual. “It is huge honor to be in this manual,” expressed Julio, “and our margarita recipe is on at least 400 menus around the world.”

In addition to the longevity of the restaurant and the international fame of the Tommy’s Original Margarita, their reputation as the premier Tequila bar is part of the legacy. While still a family-owned business that opened its doors in 1965, Tommy’s is recognized as the epicenter of Tequila on a global level. They are known for their extensive tequila bar with more than 350 brands to choose from, all 100% agave tequilas. 2015 marked another year that Tommy’s made the list of the top 50 bars of the world, as determined by Drinks International in London. Voted by over 400 peers that made up the academy, and who have visited all of the bars, “this is one of the most difficult industry lists to be on,” Julio gushes. “To have achieved this status without a marketing campaign or a publicist is beyond words.” Tomas Bermejo sadly passed away in 2011, but his son Julio, who turned his family’s restaurant into the Bay Area’s Tequila mecca, continues the tradition. Julio’s passion and enthusiasm for Tequila is at the heart of Tommy’s success and why today Julio holds the sole title of U.S. Tequila ambassador. Julio’s mother Elmy turned 80 years old this year and she continues to work six days a week as the host of Tommy’s, greeting every guest as they come in.

Tommy’s is not just a Mexican restaurant and not just a place to come for food. “It is our extended living room and we are a part of the community,” explains Julio. As he looks to the future of Tommy’s, Julio wants Tommy’s to “remain a family-owned and operated restaurant that continues to serve the Richmond district of San Francisco as well as the guests from around the world. And, most importantly, I want Tommy’s to be remembered as the legacy of my father Tomas.”