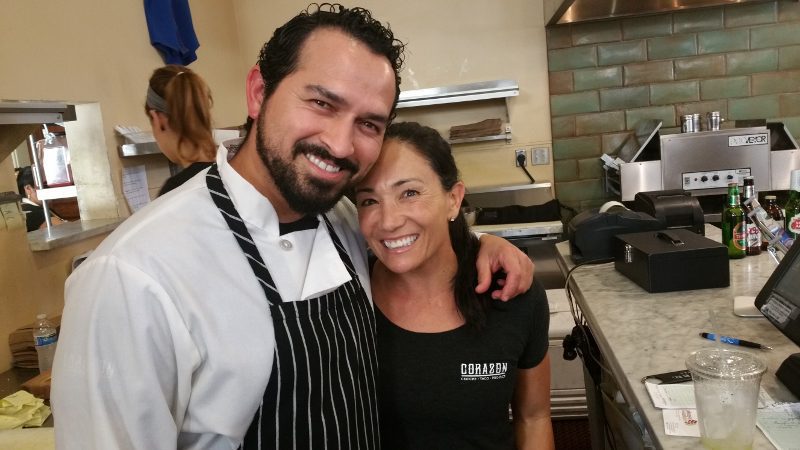 Last time I was in downtown Santa Barbara (less than a year ago), I went to a pop-up sushi bar at Three Pickles Deli. Yes, inside a deli! But, as the deli itself is closed at night, it was a perfect location to set up a pop-up inside. Sadly, the pop-up sushi bar is no longer there but now there is a pop-up every Sunday called Corazon Cucina run by Chef Ramon Velazquez and his wife Chrissie. Another big change since I was last there is that the neighborhood (aka the Presidio Neighborhood), which is centered around a historical Spanish fortress and Santa Barbara's former Chinatown, is now booming. While last time we walked a few blocks from State Street to find Three Pickles Deli on an isolated street, now it is surrounded by restaurants, wine tasting rooms, coffee houses and shops. There were people everywhere and I almost didn't recognize it.   Due to the popularity of the area, and the Corazon Cucina pop-up, it was difficult to find parking. And, once we did, we found ourselves at the back of a long line.
27 February, 2015 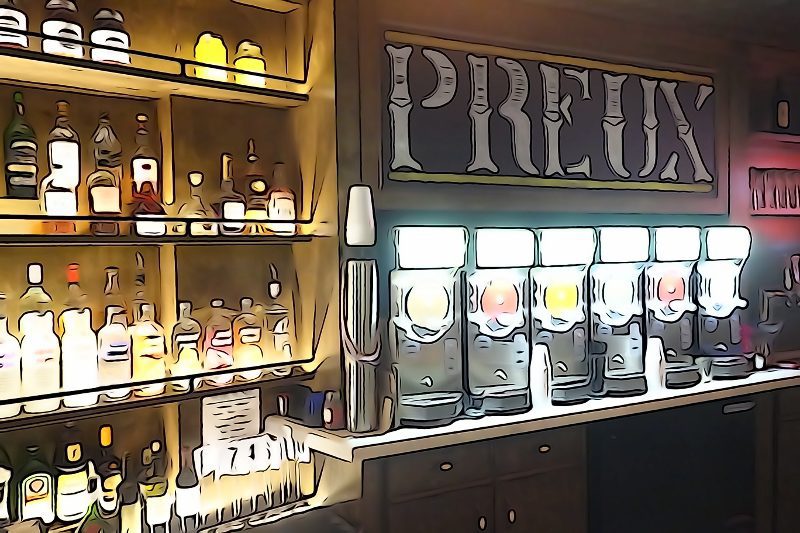 Eating in New Orleans is one of my favorite annual trips. After all, in New Orleans they know how to fry food like nobody's business. Po boys, beignets, gumbo....what's not to like?!?! And, now Angelenos don't have to travel across the country to enjoy these dishes because Preux & Proper is here. Located in Downtown LA, wedged between Spring and Main Streets, you might even think for a moment that you are in New Orleans. With second story windows lining the narrow, two story brick building, you can just imagine people throwing down beads. If it wasn't so quiet in this part of town and the patrons were not wearing so many articles of clothing, you’d be fooled. As I entered the restaurant, I passed the ground floor bar (Preux) with slushy machines. But, we didn't stop here until we were on the way out. 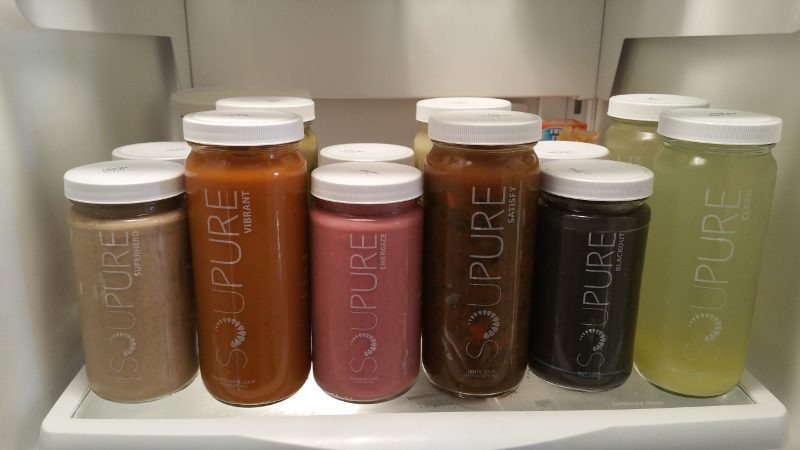 Soupure – Is Souping the New Juicing?

Please The Palate is about great food and drink. We are constantly on the go, looking for palate pleasing experiences. Of course, all of this eating out (and drinking) can take a toll on the body. Personally, I work out regularly and eat pretty simply when at home. But, sometimes, you need a little jump start. I love juice but am not a fan of juice cleanses. These fads are just that. Most of the juice cleanses out there are very low in calories and leave you hungry, grumpy and deprived. Sure, you may drop a few pounds but as soon as you start eating solid food, you gain them back. So, when we heard about Soupure, we were equally skeptical. Afterall, swapping juice for soup didn't seem all that different and a cleanse is a cleanse, right? Well, perhaps not.