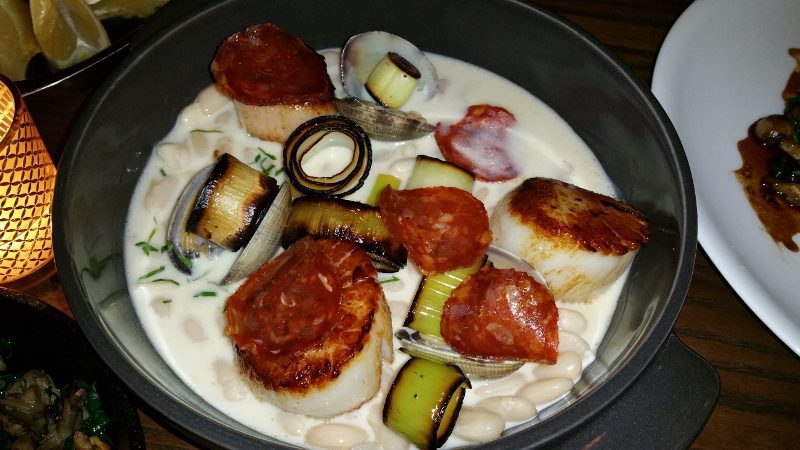 Is Santa Monica the new drinking and dining destination in Los Angeles? It's definitely one of them, especially along Wilshire Blvd. First Brilliantshine and Chestnut Club opened last year. Then Cadet and Tacoteca opened just before the holidays and now Aestus opened just after the new year. 2015 in Santa Monica is off to a great start. Aestus is owned by Kevin O'Connor, who also acts as the restaurant's sommelier. Former Spago wine director, Kevin is also co-owner of Lioco Winery. He selected the name Aestus, which is a Latin word that means heat, fire, tide, the surge of the sea, because it just seemed to perfectly represent what they are doing. Aestus is about expressing passion through food, wine and drinks. Located on the ground floor of the Arezzo residental builidng on Wilshire Blvd, between 5th and 6th streets, Aestus is a large open mid-century modern space. There is a 15-seat brass bar when you first walk in and a 60-seat dining room. And, from everywhere in low-lit room, you can see the brightly lit open kitchen where Chef Alex Ageneau is at the helm.
29 January, 2015 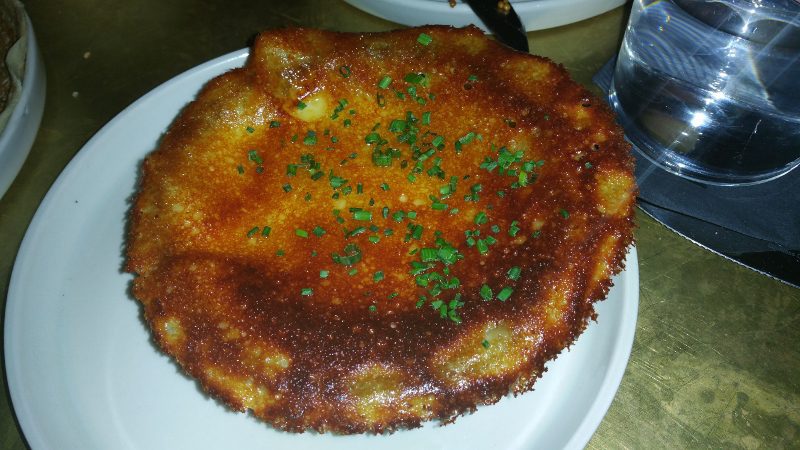 Living in Los Angeles, I am happy to drive anywhere in the city in search of good food. But, it's even better when the restaurant is only a couple minutes from home. Cadet opened at the very end of 2014 in Santa Monica and it couldn't be a more welcome addition to the area. Located in the former The Shack space, next to the Verizon store on the corner of 26th and . It feels like you have entered your own living room. Exposed brick walls, low lighting, comfortable banquets and a bar in the center of the room are so inviting. And one of the inviting elements is the wood fired grill that can be seen through a glass window when you first walk in. The menu is presented like a deck of cards and you lay them out in front of you like you are reading tarot cards. 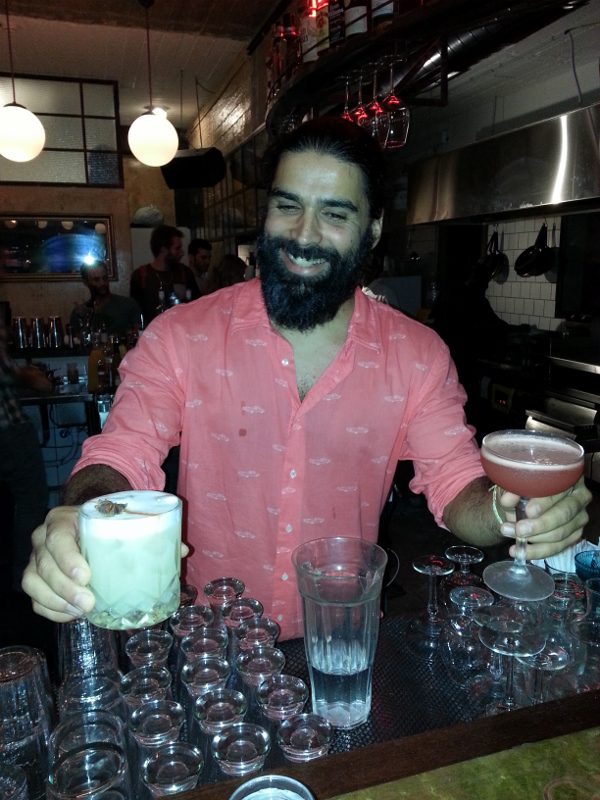 This post originally appeared on FoodableTV.com   Tourists go to Tel Aviv to visit the beaches, wander the markets and explore the cultural history. Some also love to eat their way through the...

Living in Los Angeles, I am happy to drive anywhere in the city in search of good food. But, it's…