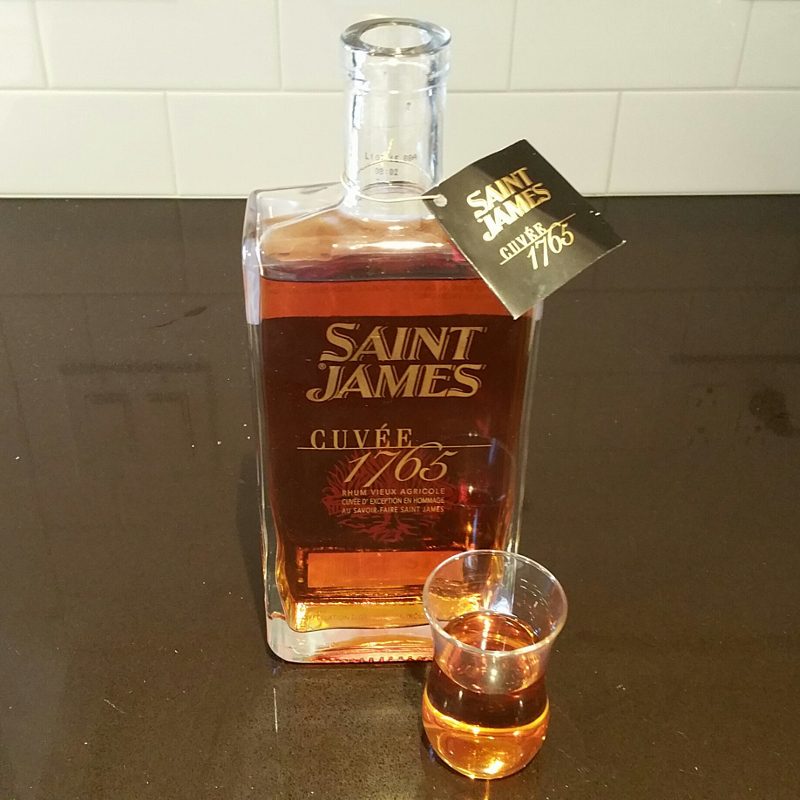 Most of us probably don’t know the historical happenings of 1765. But here is one thing that happened in 1765: Reverend Father Edmund Lefebure, Superior of the Convent of the Brothers of Charity and a skilled alchemist, created the rum which was given the English name Saint James in order to make it easier to sell to the New England settlers. A pioneer in the industry, Saint James was the first rum to create vintage specific blends and designed a square bottle to maximize storage and minimize breakage on long sea voyages. Even a volcano in Martinique in 1902 couldn’t completely destroy one of the oldest rum brands.

To celebrate its 250th anniversary this year, Saint James Rum has released a special commemorative bottling. This special Saint James Cuvée 1765, an homage to the original 1765 style, is a blend of six vintages that together recreate the style of rum of that year.

Saint James, made from the fresh juice of  sugarcane from Sainte-Marie, is a Rhum Agricole AOC of Martinique. In fact, Martinique has the only rum AOC (appellation controllée) in the world.

The rum is a golden amber color with butterscotch notes. It is smooth and elegant with a little spice on the finish.

Get Scrappy at Wildcraft Culver City

According to the British Institution of Mechanical Engineers, as of 2013, half of all food worldwide is wasted! Food waste…

This post originally appeared on FoodableTV.com Los Angeles is a vast city with thousands of small neighborhoods, each with its…

This post originally appeared on FoodableTV.com Los Angeles is a vast city with thousands of small neighborhoods, each with its…