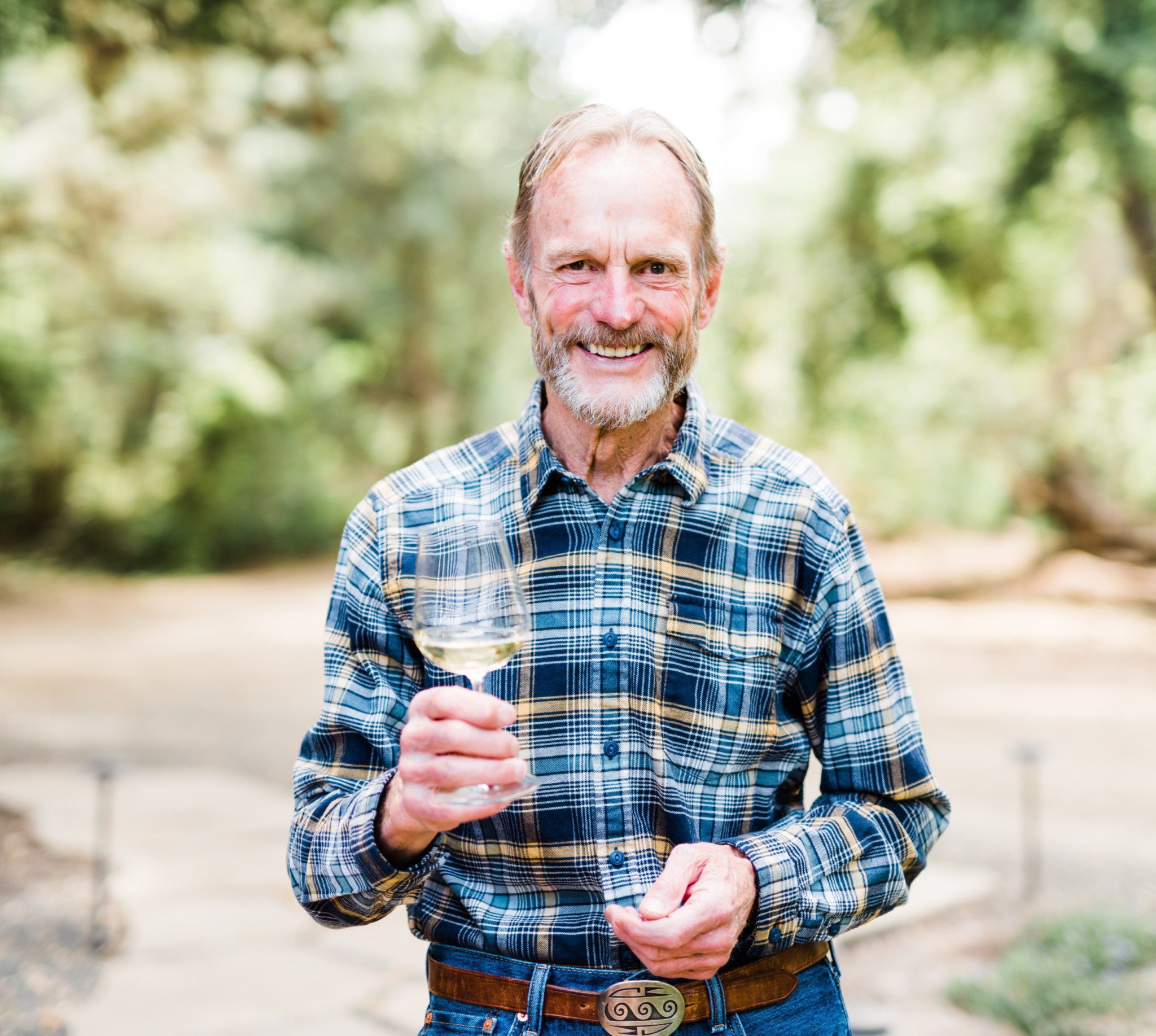 The Sta. Rita Hills in the Santa Ynez Valley is one of my favorite regions for Pinot Noir. There are so many wonderful producers and wines from that region and that is thanks to Richard Sanford who was the first to plant Pinot Noir in the Sta. Rita Hills. Fifty years later he has been named Vintner of the Year by the Sta. Rita Hills Wine Alliance, a well-deserved honor shared by many.  I wrote about it in the Napa Valley Register and share it here. 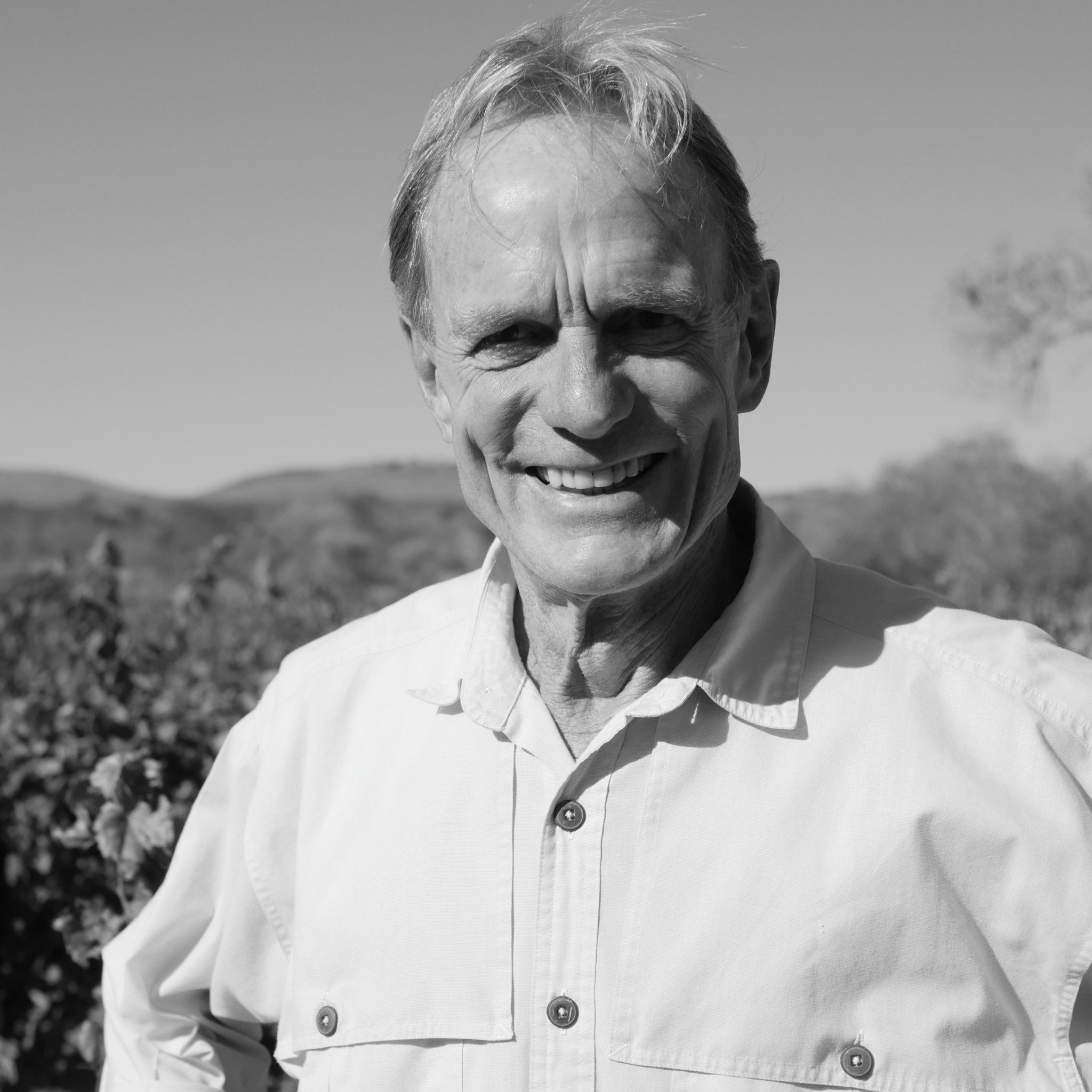 Located at the western end of the Santa Ynez Valley, the Sta. Rita Hills AVA is well-known for its cool-climate Pinot Noir and Chardonnay.

The area encompasses 30,720 acres, of which 2,700 acres are planted to grapes, and is home to over 59 vineyards. But only 50 years ago, this region did not exist. It is because of Richard Sanford that the Sta. Rita Hills AVA exists today. He founded the region; he elevated the region; and he has been honored as Vintner of the Year by the Sta. Rita Hills Wine Alliance.

After studying geography and serving in Vietnam, Richard Sanford returned home to pursue something more connected to the earth. He drove up and down the coast of California and found the Central Coast to have the ideal climate, soils and exposure to plant grapes. He saw the potential of the east-west running valley, a result of the transverse mountain range, which is cooled by the Pacific Ocean resulting in what Richard calls “refrigerated sunshine.” In 1971, Sanford, along with Michael Benedict, selected a piece of land along Santa Rosa Road, southwest of Buellton and west of Highway 101, in the middle of nowhere.

By the late 1990s, there was a movement to start the Sta. Rita Hills AVA. An ad hoc group, including Rick Longoria and Walter Babcock, and Wes Hagen as the scribe, formed to create the appellation and Richard Sanford was the chairman. The Santa Rita Hills AVA was established in 2001 and it was the first sub-AVA of the Santa Ynez Valley.

However, the region was challenged by a large winery in Chile called Vina Santa Rita. Working to find a solution, Sanford agreed to go to Santiago, Chile, to meet with the owner of the winery. It was thanks to Richard that the AVA was saved. In 2006, agreeing to shorten Santa to Sta., the wine appellation was officially re-named Sta. Rita Hills AVA. A distinctive name today, the Sta. Rita Hills AVA is considered one of the sweetest spots for Pinot Noir cultivation in the world.

As Sanford said, “We live in a magnificent place and have to enjoy it. Look for the purity in our wines. We are an expression of nature and we have to cultivate that.”

In 2005, Sanford and his wife, Thekla, founded Alma Rosa Winery to pursue their interest in organic farming and sustainable business practices. Bob and Barb Zorich purchased Alma Rosa Winery in 2014 but Sanford remains the winery ambassador.

Richard Sanford is turning 80 years old. He has been in the Sta. Rita Hills for 50 years. When journalist Matt Kettmann, who hosted the virtual event honoring Richard Sanford, asked if he ever expected the success of the Sta. Rita Hills, Sanford answered, “I didn’t realize it would be so successful. I am so grateful to be a part of it all. There is a dynamic of excitement and change. A youthful approach.

It is a huge benefit to be here and to see it happen and to see young people who have come here because of the nature of this place.”

Sanford’s impact on the Sta. Rita Hills is appreciated by all who know him and a few of his friends spoke about him on the virtual event. Winemaker Brian Babcock spoke about his father, Walter Babcock. He talked about how Sanford was always engaging and open-armed. Sanford was a mentor to his father and gave him the confidence to plant his first vines. Brian Babcock summed it up simply as “The Sta. Rita Hills IS Richard.”

Winemaker Rick Longoria and Richard Sanford have been friends for 44 years, having first met in 1976 at the Sanford and Benedict Vineyard. He has many wonderful memories of their growing up together in this industry and credits Sanford for encouraging him to plant his vineyard in 1988. Longoria stressed that without the vision and leadership of Richard Sanford, the Sta. Rita Hills AVA would not exist today. He added that Sanford “did it graciously, conducted meetings that were productive, and kept everyone in line. We are indebted to your leadership.”

Winemaker Greg Brewer was overcome with emotion as he spoke about Sanford. “I was born the year the vineyard was planted. I have been here 30 years. I am a prideful second generation in the relay race. Richard started it and he and his beautiful family have been the guiding light here. We are all here ready to grab the baton and carry on”

Richard Sanford has had a long and illustrious career and it is a well-deserved honor to be named the 2020 Vintner of the Year by the Sta. Rita Hills Wine Alliance. He is an icon, a leader, and a true pioneer, words that are often overused, but not in this case. He was presented with a plaque with his own words written on it: “The future is not where we are going but what we are creating.” When he first struck ground in 1971, he may not have anticipated what the future would be. But today the Sta. Rita Hills is a world-class region and Richard Sanford is to thank for that.

The grapes were whole-cluster pressed and fermented separately in stainless steel (75 percent) and new French oak (25 percent). The wine has refreshing notes of nectarine, orange peel, lemon, jasmine, honey and wet stone. It is medium-bodied with beautiful acidity and a minerally finish.

2018 Alma Rosa Winery Pinot Noir El Jabali
Sourced from the estate El Jabali Vineyard which is farmed organically under CCOF certification, these vines are the oldest on the estate. They came from original budwood from the Mount Eden clone from the Sanford and Benedict Vineyard. Sadly, this is the final vintage with these old vines as they experienced Pierce’s disease and had to be replanted.

A lovely garnet color, the wine has aromas of cherry and cranberry, violets and rose petals, and earthy herbal notes. It is fresh with racy acidity and fine-grained tannins on the palate.

Meet Kathy Joseph, owner and winemaker at Fiddlehead Cellars in Sta. Rita Hills as part of a series of winemaker…

Meet Kathy Joseph, owner and winemaker at Fiddlehead Cellars in Sta. Rita Hills as part of a series of winemaker…