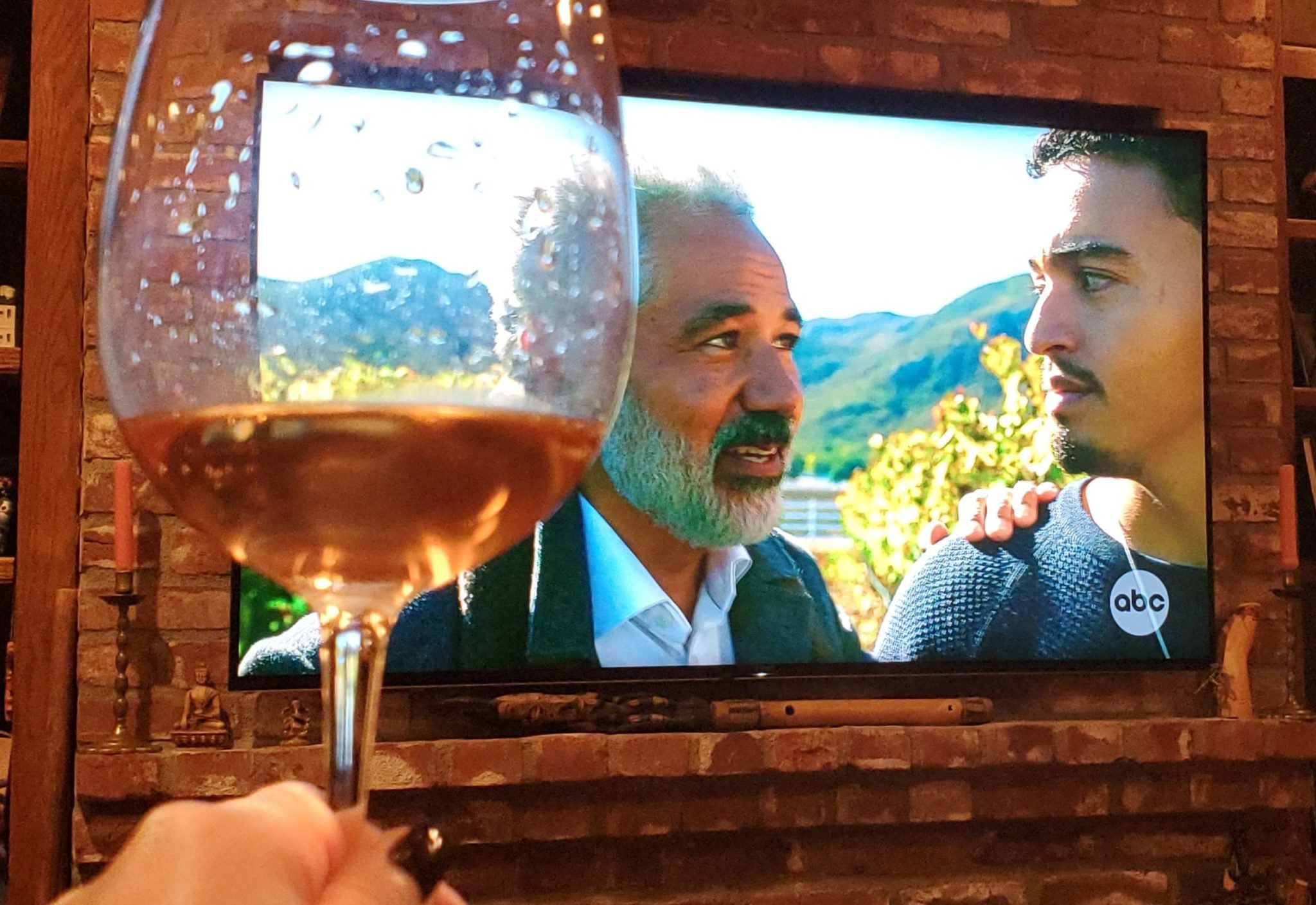 22 Jan Please The Palate Pick of the Week: Wine Becomes A TV Star on Grand Crew and Promised Land

Growing up, wine was not part of daily conversation or something people waxed poetic about. But I have since spent more than 20 years studying, working in, and loving wine. Wine is part of my daily conversation and today it seems to be part of everyone’s conversations. From wine bars to wine pairing menus to wine travel, wine plays a part in our daily lives. And now wine has become a tv star with leading roles in two new tv shows – Grand Crew on NBC and  Promised Land on ABC – and this is the Please The Palate pick of the week. 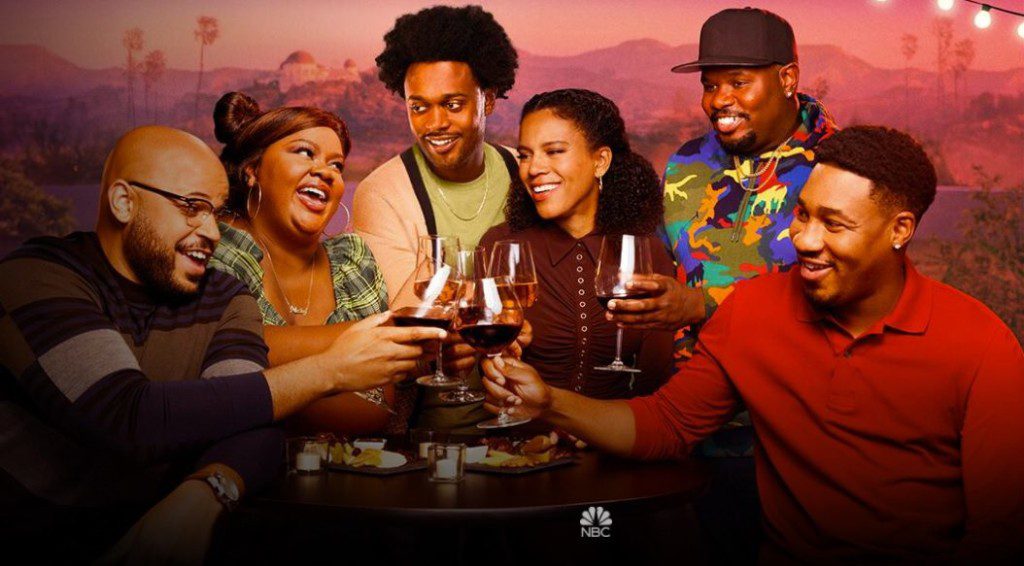 Grand Crew is a comedy show about six 30-something Black friends who hang out and talk about love, friendship, and careers. Like Friends in the 1990s who hung out in a coffee shop, the friends of Grand Crew meet in a wine bar called Cru. The title “Grand Crew” is a play on France’s Grand Cru classification system. The idea for the show was born at Bar Covell, the wine bar in Silverlake. When first starting his career, show creator Phil Augusta Jackson would meet with fellow writers at Bar Covell wine bar.  The show is delightfully funny but I enjoy it all the more because there have not been any glaring wine errors (such as calling a wine Pinot Noir but pouring it from a Cabernet bottle, as I have seen in other shows). Grand Crew is doing it right, because in addition to talented writers and actors, they brought in L.A.-based sommelier Devin Reed to consult on the scripts.

There are currently five episodes available to watch. One of my favorite scenes is the opening of Episode 4 when Sherm walks in wearing all white from head to toe and asks Fay for the “natural Merlot on tap”. Well, if you know wine, you know never to wear all white wine while tasting, and Sherm learns that very quickly. 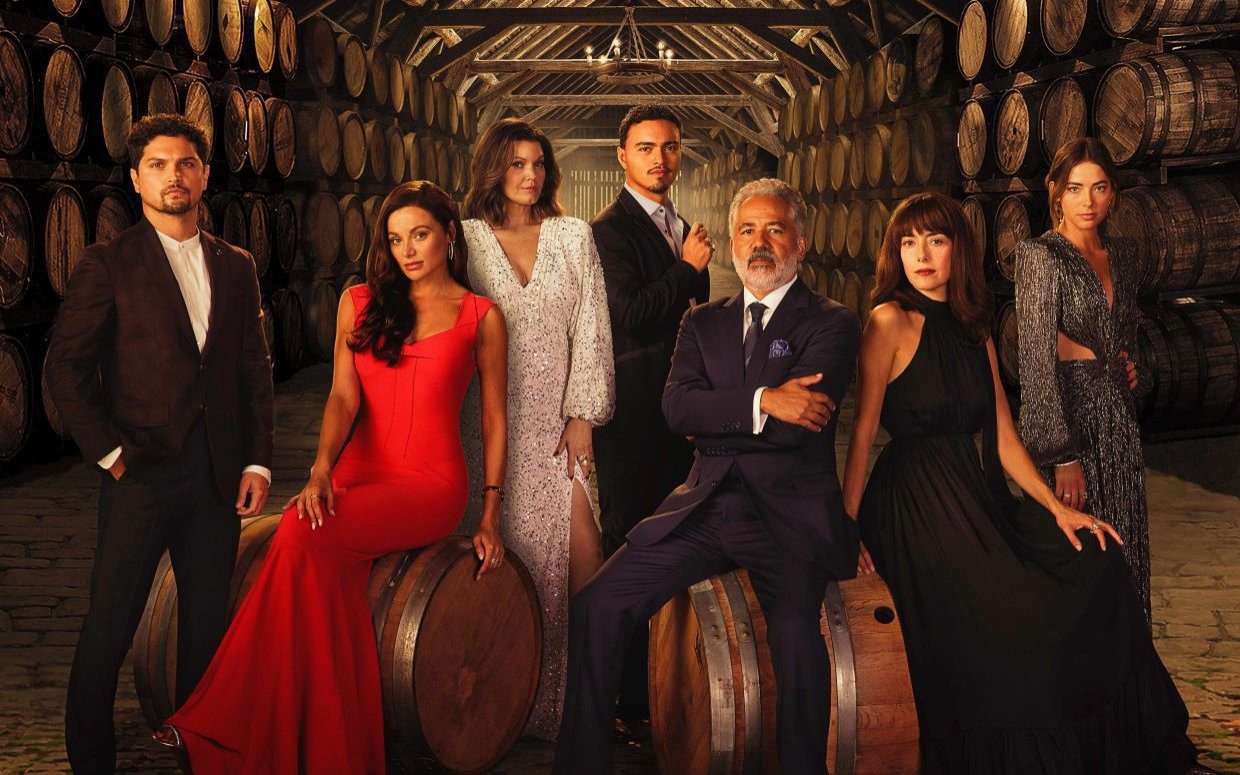 Promised Land is a an epic, generation-spanning drama about a Latinx family vying for wealth and power. Think Dynasty, Dallas, Falcon Crest, with a touch of Desperate Housewives but center it in a vineyard. Taking place in Sonoma, Promised Land starts with the story of Mexican immigrants fleeing to California and one is heading to Heritage House, a winery where his brother works. Flash forward thirty years and Joe is the patriarch at Heritage House Vineyard. His oldest daughter is helping run the business and wants to take over. His other daughter is creative but not very driven. His step-son manages the vineyard but wants to make wine. His son with his second wife Lettie is getting into some trouble in school. And then Joe’s oldest son, who was shunned when he came out, returns after building a successful Tequila business. Joe is fighting his ex-wife for the family business. There is more to come, as this is a classic, over-the-top network drama. And through it all, wine is a star. They walk in the vineyards, they open bottles of wine, they talk about labels, and shipping, and sales.

I have only watched the first episode of this show (which launches January 24th) and the vineyards and winery and wine are generally being portrayed correctly, even if there were a few slightly off things said when talking about opening a wine but nothing glaringly wrong. This show may be a bit dramatic with all the glamour and secrets and deception of an ABC family drama, but with wine at the center, I will likely watch to see how it evolves over time.

So, open up a bottle of wine, sit down, and enjoy these two new shows co-starring WINE.

The Call of the Cienega Valley

Have you ever heard of the Cienega Valley AVA? Established in 1982, it is a wine region in the Central…

A few months ago, I traveled to the Cienega Valley. Before this trip, I did not know about the Cienega…

Everything you need to know about a German wine is right there on the label. Although a few producers are…