25 Jan The Call of the Cienega Valley

In 2016, San Francisco-born Christian Pillsbury was looking in Napa and Sonoma to purchase property. He had seen estates being purchased by private equity firms and wanted to find an estate and preserve it. He travelled more than two hours south of San Francisco and discovered the Cienega Valley.

Learning the history of the region, he wondered, “How did I not know of this place?” Pillsbury was entranced. “It was love at first sight.” Finding a distressed property that needed investment offered Pillsbury “the essence of what I wanted to do.” Pillsbury started Eden Rift Winery and, like other winemakers, found the call of the Cienega Valley. 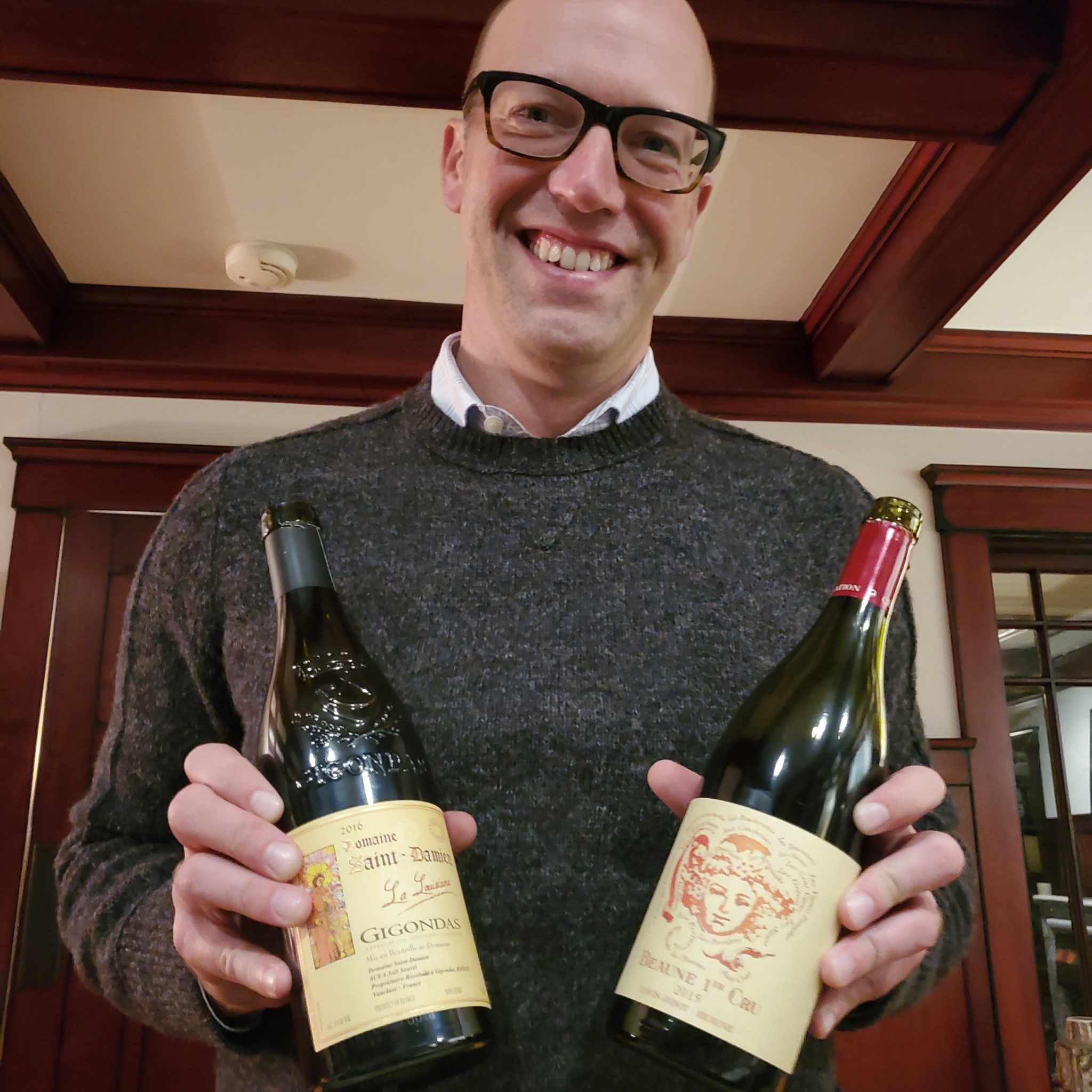 The Cienega Valley sits on the San Andrea fault line, dividing the valley floor. On the western side the soils are granite and limestone and on the eastern side the soils are granite and sandstone. Vineyards sit on the valley floor, as well as at higher ridgelines. Surrounded by mountain ranges, the Cienega Valley is protected by the hot Central Valley in the east and the cool Salinas Valley in the west, resulting in a moderate climate. Warm days are cooled by the breezes from the Monterey Bay and a diurnal shift drops temperatures at night.

What really made the Cienega Valley famous was Josh Jensen and CaIera Wine in the 1970s. Josh Jensen, today considered one of the pioneers of the Pinot Noir grape, traveled California in search of limestone soils. He ventured off the grid and found an old limekiln in the Gabilan Mountains.

In 1974 he purchased what is now Mt. Harlan, one of the highest and coolest vineyard properties in California and the home of Calera Winery, which is the Spanish word for “limekiln.” Sitting at elevations of 1,800 feet, the 20,000-acre Mt. Harlan was established as an AVA in 1991. A monopole, Calera is the only commercial winery in the appellation.

Mike Waller, a native of Hollister, California, began working for Josh Jensen in 2007. As head winemaker at Calera today, Waller has an intimate understanding of Calera’s vineyards that allows him to make elegant, age-worthy wines recognized for their cool-climate purity. And to Waller, the draw of the Cienega Valley is that it is “a region of pioneers who have followed their own path, while embracing a connection to the land.”

It is this connection to the land that resonated with Pillsbury. After working in both the wholesale and retail sides of the wine industry, Pillsbury worked for Coravin. He returned to the Bay Area after spending years working in France and later Hong Kong. Familiar with the Cienega Valley only because of Calera, Pillsbury knew it was south of San Francisco. But what he found when he arrived captivated him.

Pillsbury found a property that had been under vine since 1849. It was first planted by French wine merchant Theophile Vache, who sold it in 1883 to William Palmtag, the mayor of Hollister, who created Palmtag Mountain Vineyards.

By 1906, the property was under the dual ownership of Captain Jules Jacques St. Hubert, a winemaker, and a Chicago grain broker named John Dickinson, who added the custom-design Dickenson House, which still stands today.

For 40 years, between 1943-1989, the estate was run by a succession of corporate owners including W.A. Taylor, a subsidiary of Hiram Walker & Sons, followed by Almaden Vineyards and then Heublein.

Pillsbury purchased the property in 2016 and named it Eden Rift. The name “Eden” is inspired by a John Steinbeck reference and “Rift” is because the estate is directly on the San Andreas fault.

The property is a 500-acre hillside property, with approximately 120 acres planted at 1,200-1,600 feet in elevation. Under vine since 1849 on property, and with .7 acres of head-trained Zinfandel from 1906 still remaining, Eden Rift is home to the oldest continuously producing vineyards in California, according to Pillsbury.

Pillsbury was drawn to three things in the Cienega Valley – the climate, the soil, and the history, as mentioned above. As for the climate and soils, Eden Rift is located at the foothills of the Gabilan Mountain Range and sits on the Pacific Plate, east of the San Andreas Fault.

The soils are composed of limestone-rich, calcareous deposits running through granitic, sandy beds of loam. Located only twenty miles from the coast, the maritime climate and diurnal shifts benefit the grapes. And in the summer, cool air from Monterey comes through the Gabilan Range resulting in a fresh breeze at 3 p.m. each day.

Cory Waller, who worked at Etude Winery in Napa and Soter in Oregon, had moved back to Hollister, and worked with his brother at Calera. Familiar with this property, he has been a part of Eden Rift since Pillsbury purchased it and had always “eyed [this property] as a dream job.”

He approaches making the wine with minimal intervention and uses indigenous yeasts and no battonage. Eden Rift released their first vintage in 2016 and is a young brand with much potential.

Master Sommelier Chris Miller, who established Seabold Cellars in Monterey in 2014, focuses on cool-climate organic and sustainable vineyards in order to produce non-interventionist site-specific balanced wines. He sources fruit from Eden Rift as he sees the Cienega Valley as “a pretty ideal, perhaps slightly warm, spot for Pinot Noir, and a great place for Chardonnay.”

Miller added that “all the different little valleys and accompanying hillsides make for lots of different aspect and exposures to fine tune ripening and varieties.” And with very little disease pressure and limestone soils, Miller believes that the Cienega Valley “has tremendous potential.”

In addition to Pillsbury and Miller, other winemakers have been drawn to the Cienega Valley. Randall Grahm of Bonny Doon fame purchased Popelouchum, a 280-acre property in San Juan Bautista in San Benito County in 2011. Popelouchum is a Mutson word meaning paradise. And when I asked Grahm what draws him to the Cienega Valley, he responded with one word, “mystical.”

Making site-specific wines, Ian seeks out vineyards based on their location, variety planted, and the relationship with the history of the region. He is drawn to San Benito because as a younger region, “this area can do a wide diversity. It is a county full of possibilities.”

Ian sources fruit from Eden Rift, as well as Enz Vineyard, which is owned by Bob and Susan Enz who purchased the property in 1967. Continually farmed since 1883, Enz has 30 acres planted to Zinfandel, Mourvèdre, Cabernet Pfeffer, and Orange Muscat, the oldest in the state.

Brand has introduced other young winemakers to the Cienega Valley, including Riley Hubbard of Hubba Wines in Paso Robles. Riley was looking to expand outside of Paso Robles but did not want to go to Santa Ynez where everyone else was going. 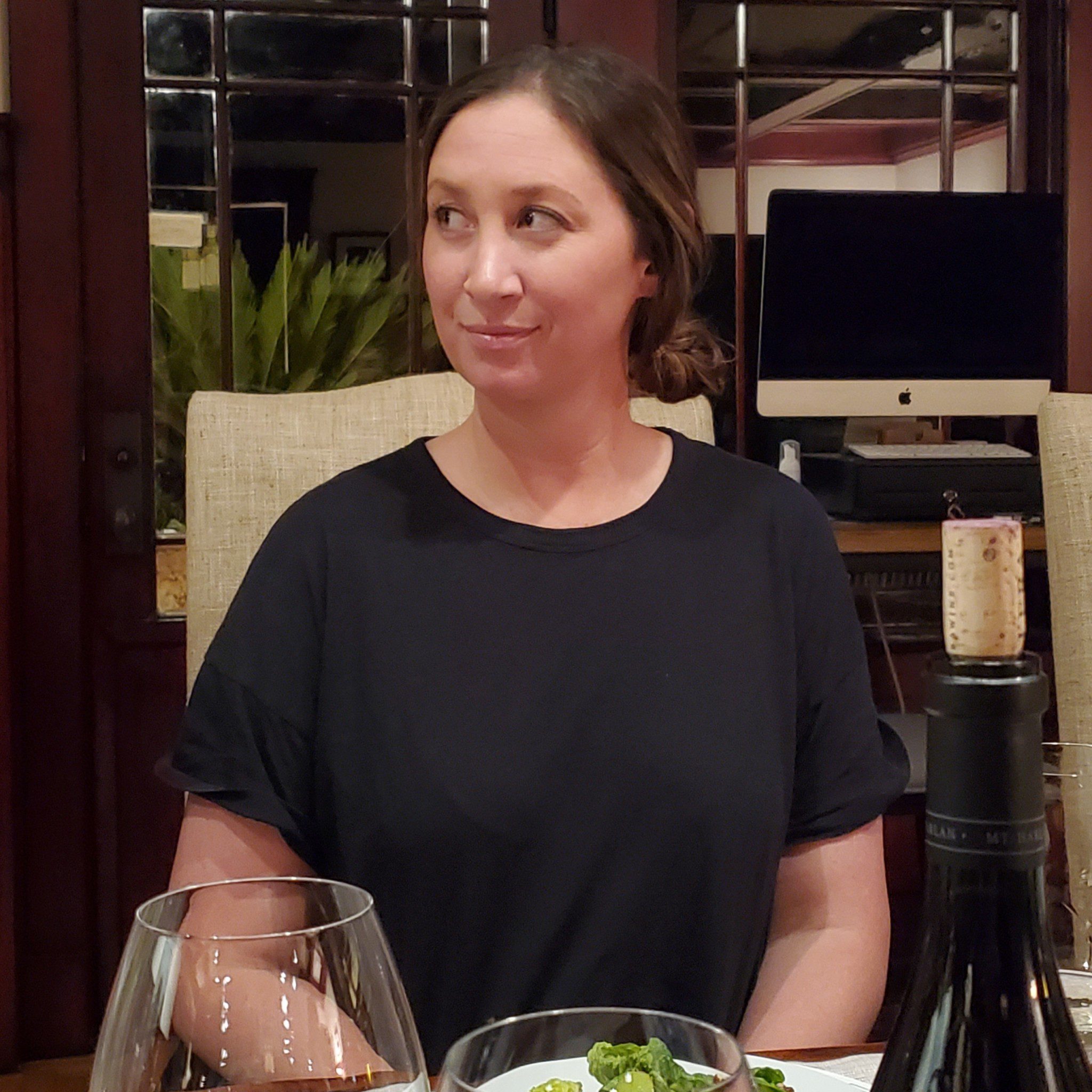 She knew of Enz Vineyard because of Kenneth Volk who sources their Zinfandel and Mourvèdre.

What she loves about the Cienega Valley is the open spaces, harking back to how Paso Robles used to be. “People are real; real farmers who live off the land,” Riley shared. “It is an untouched area and feels like a I found a hidden gem.”

Cienega Valley has a long wine history and the AVA, covering 2,300 acres, was established almost 40years ago, yet it is still a rather unknown area. Fortunately, there are many winemakers who have heeded the call of the Cienega Valley and are producing wines that will put the Cienega Valley AVA on all our radars.

Please The Palate Pick of the Week: Wine Becomes A TV Star on Grand Crew and Promised Land

Growing up, wine was not part of daily conversation or something people waxed poetic about. But I have since spent…