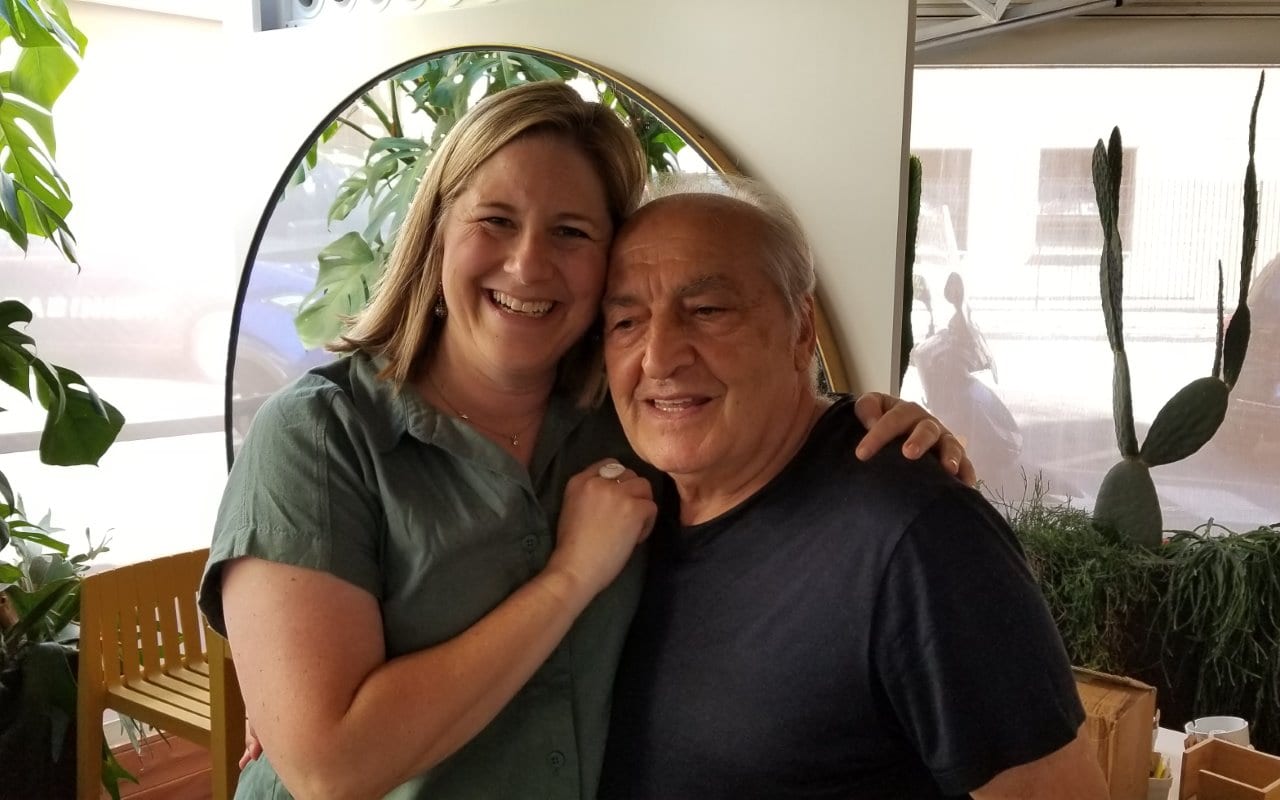 14 Sep Please The Palate Pick of the Week: Pasticceria Mondi in Roma, Italy

For most people, a visit to Rome means a trip to the Coliseum, the Trevi Fountain, the Spanish Steps and St. Peter’s Basilica. But for me, during my two days in Rome, I escaped the touristy center and hung out in Ponte Milvio. Ponte Milvio is a vibrant neighborhood filled with restaurants located around the Milvian bridge over the Tiber River, just one kilometer from the city center. And located in the heart of Ponte Milvio is Pasticceria Mondi, one of the most delicious pastry shops I have been to and hence the Please The Palate pick of the week. 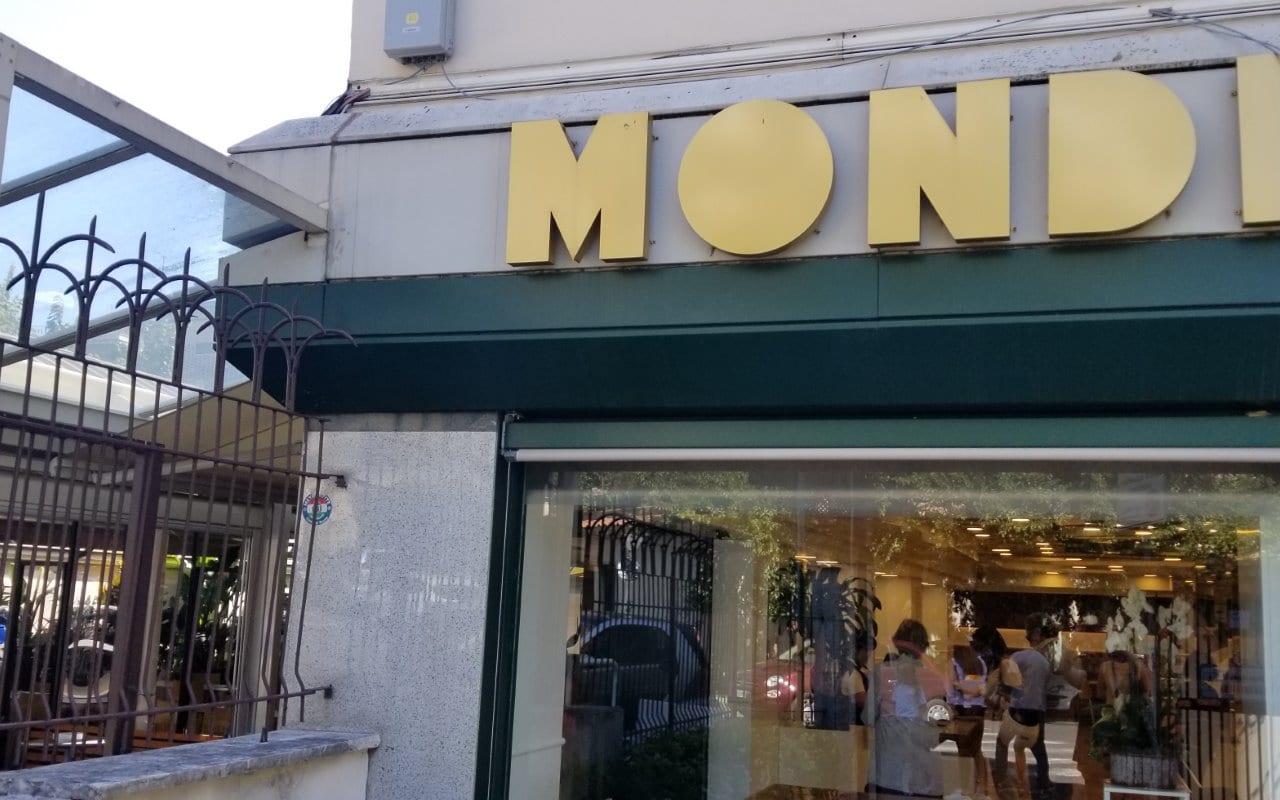 Pasticceria Mondi was founded in 1967 by Domenico Mondi who, after 52 years, can still be found every morning at 4:30am, except Monday, in the pasticceria. Domenico was born in Umbria and at the age of 12 left home and came to Rome. He started working in a gelato shop in Ponte Milvio where he learned his craft. In 1967, Domenico opened Pasticceria Mondi in the same space as the gelateria and continued to expand. 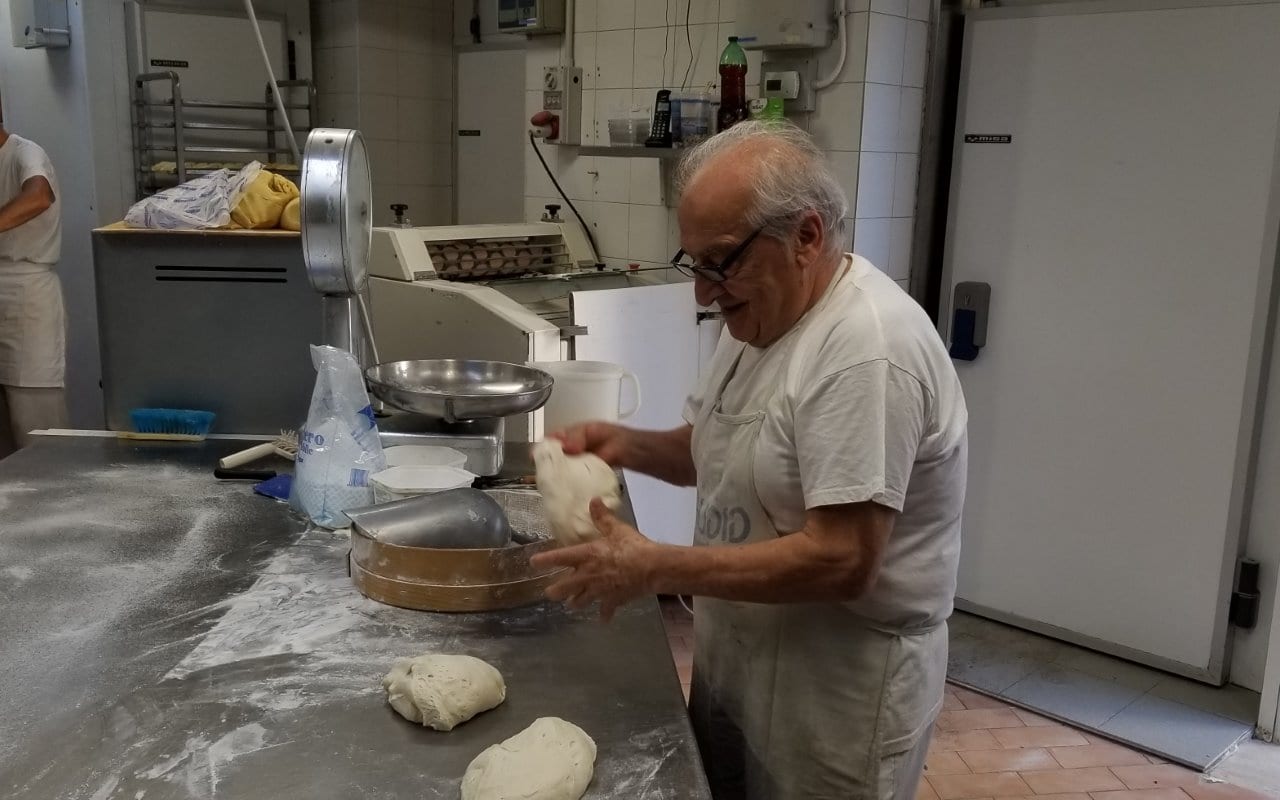 Today the space is large and bright. Inside, there is a long counter filled with pastries, both sweet and savory. 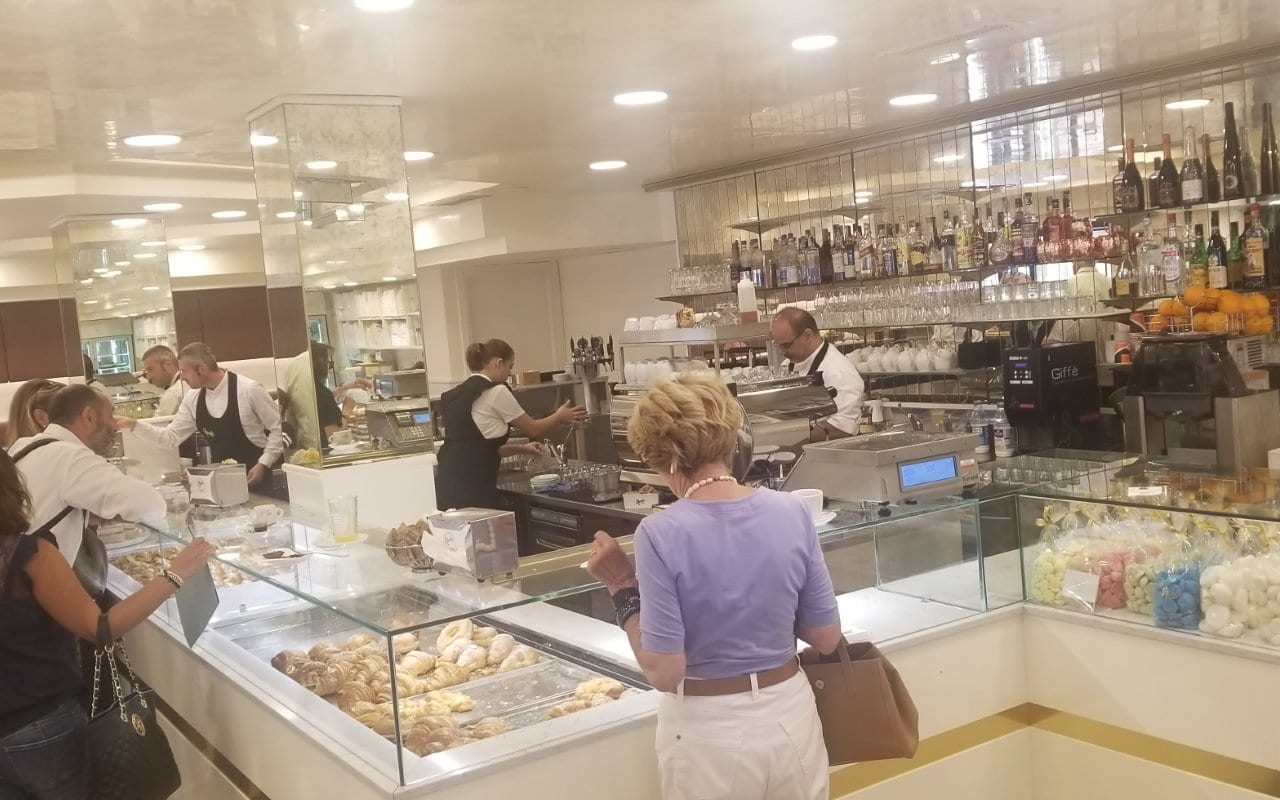 There are little sandwiches called bottoncini filled with everything from tuna to mozzarella to prosciutto and there are little pizzettes. And, there are salads, pastas and meats available for lunch as well. For the sweets, there are biscotti and chocolates and pretty much any pastry you can imagine in a bite size form. 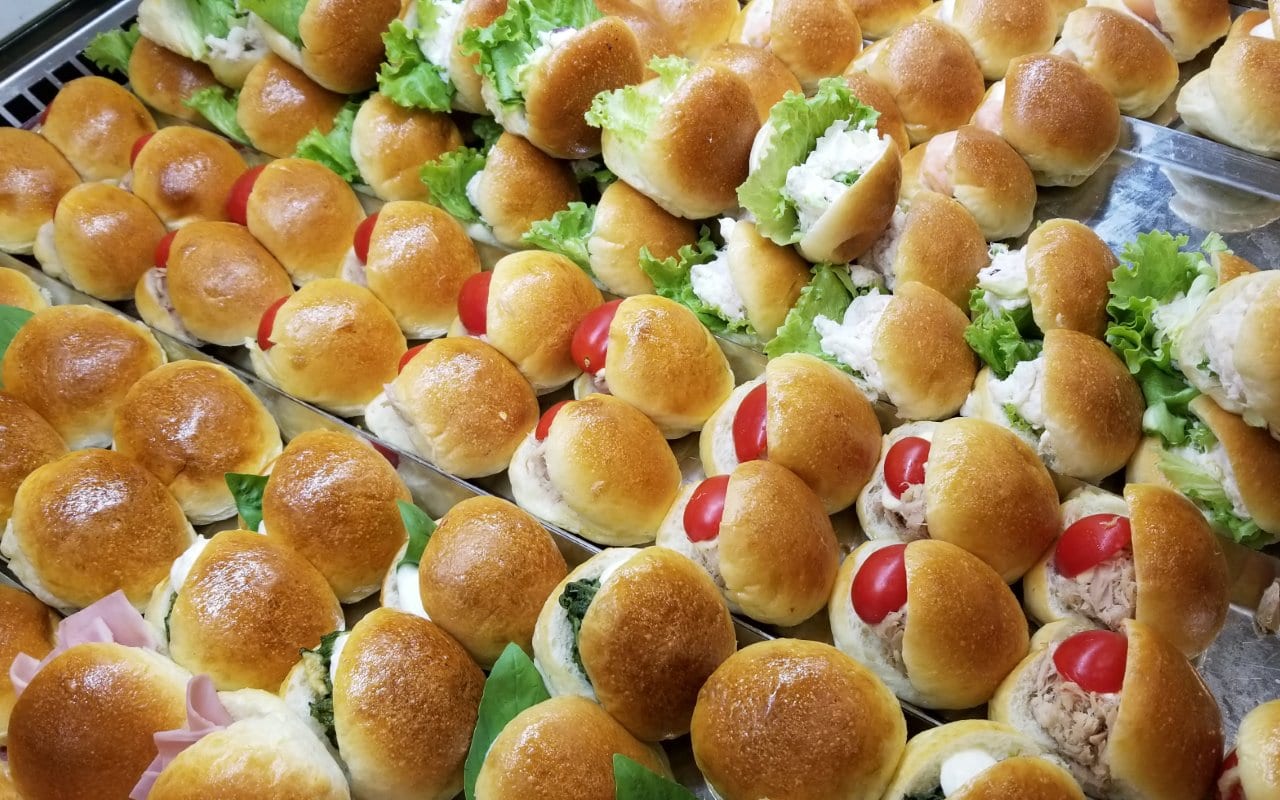 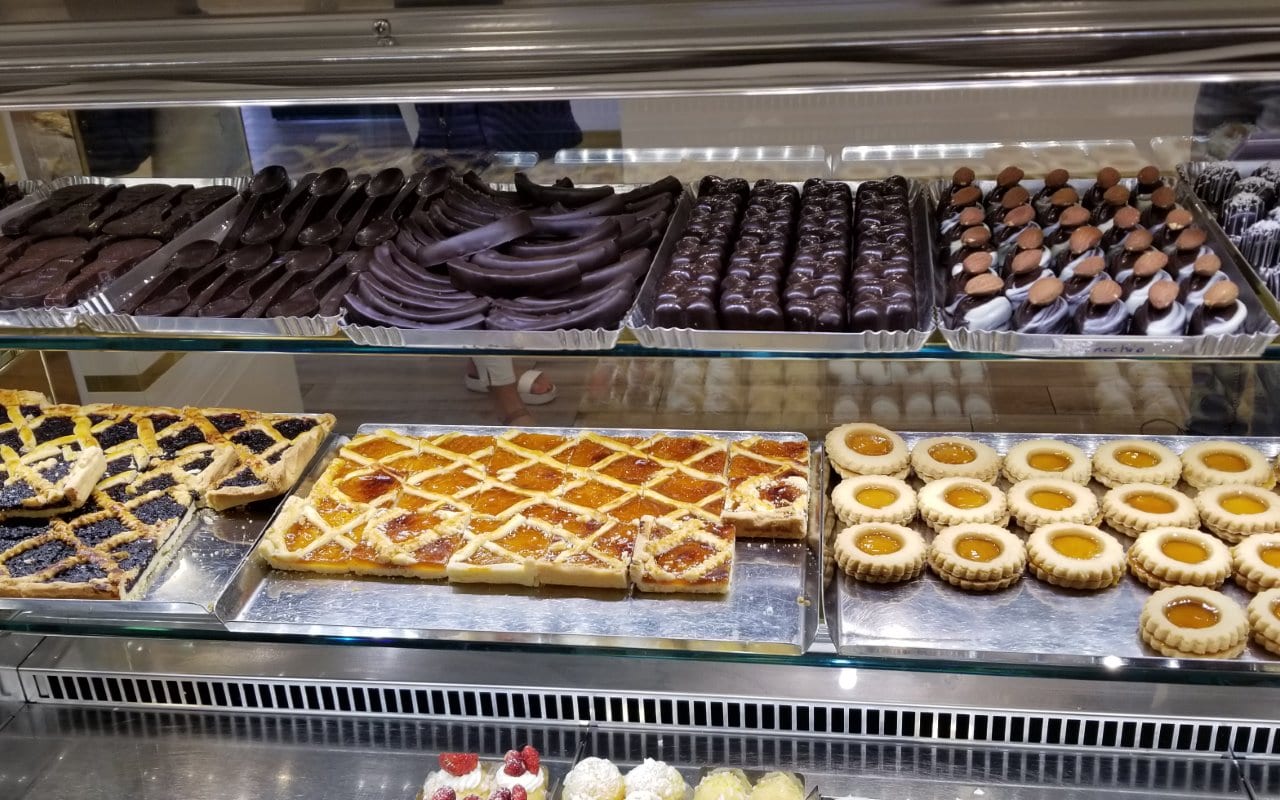 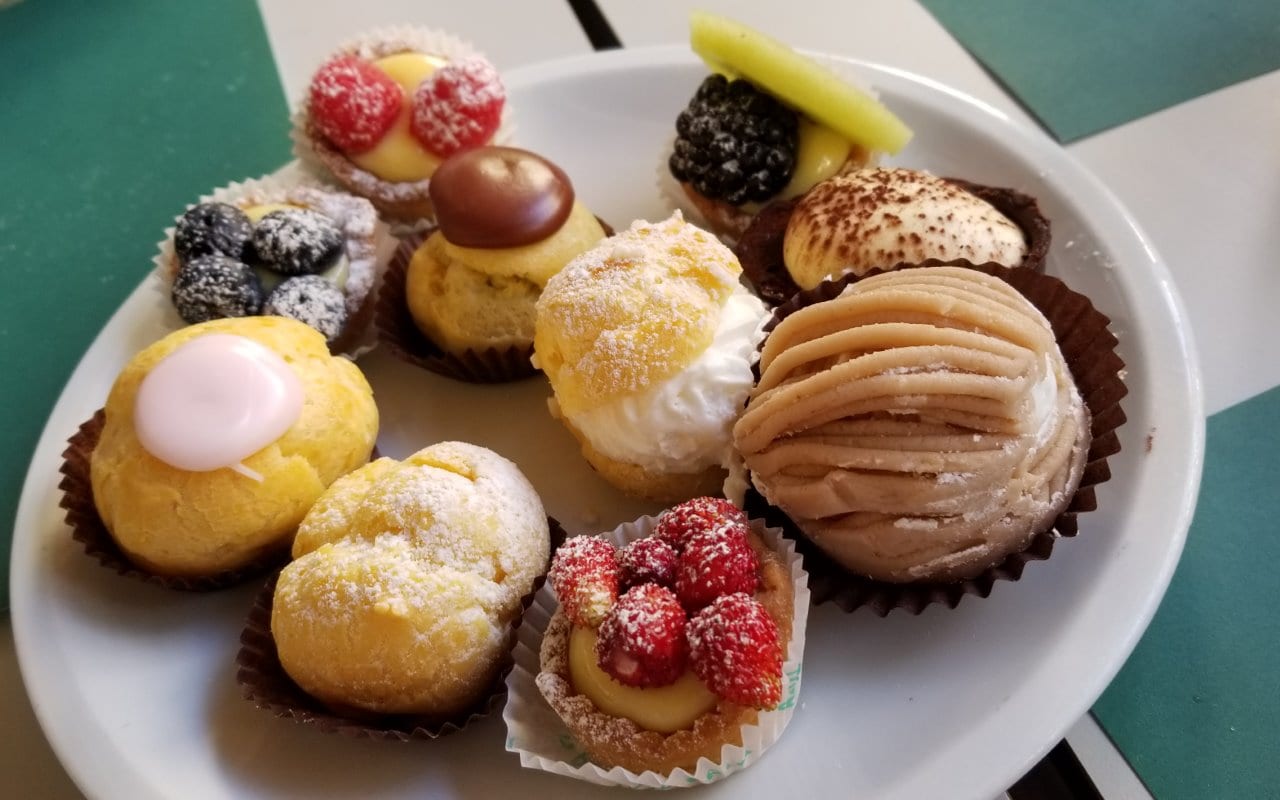 Then there is the gelato counter with more than 30 flavors. 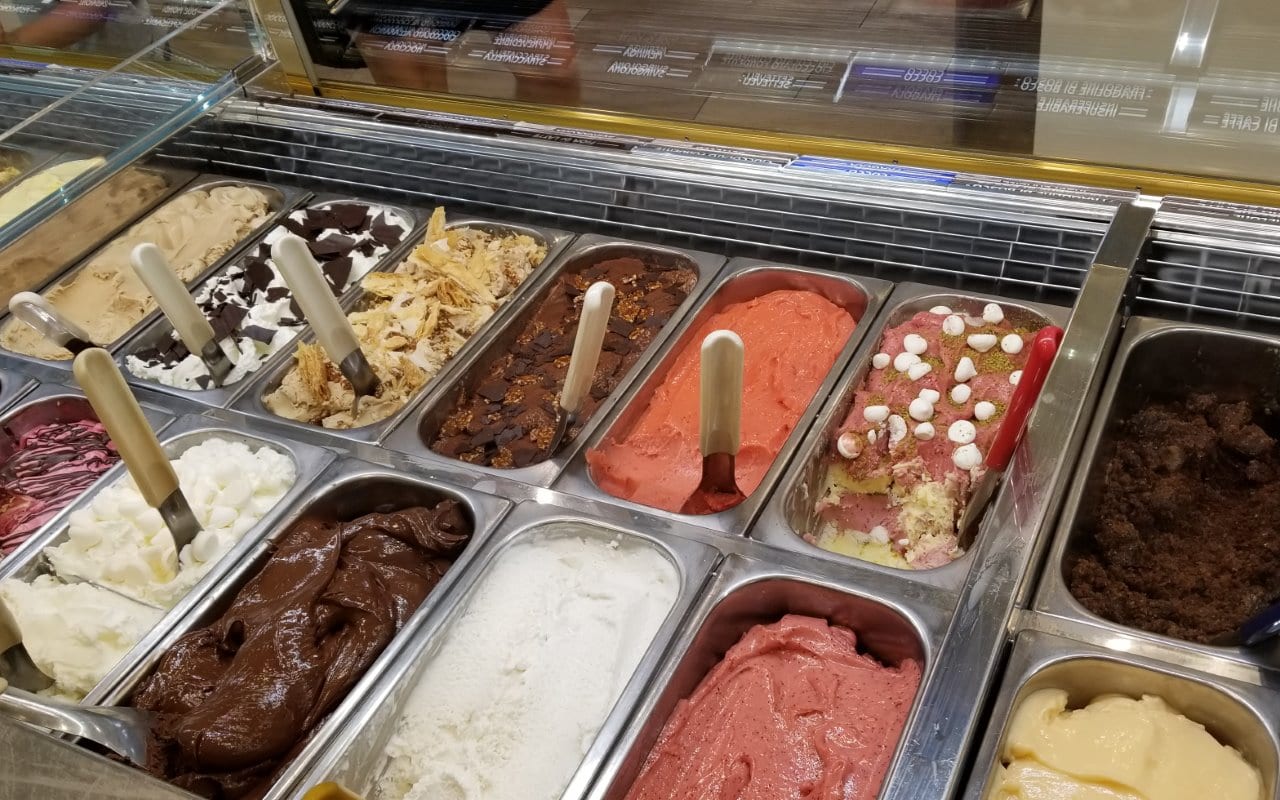 Along one wall is a case filled with cakes, including fruit tarts, cheesecake, gelato sticks and tiramisu made with gelato! 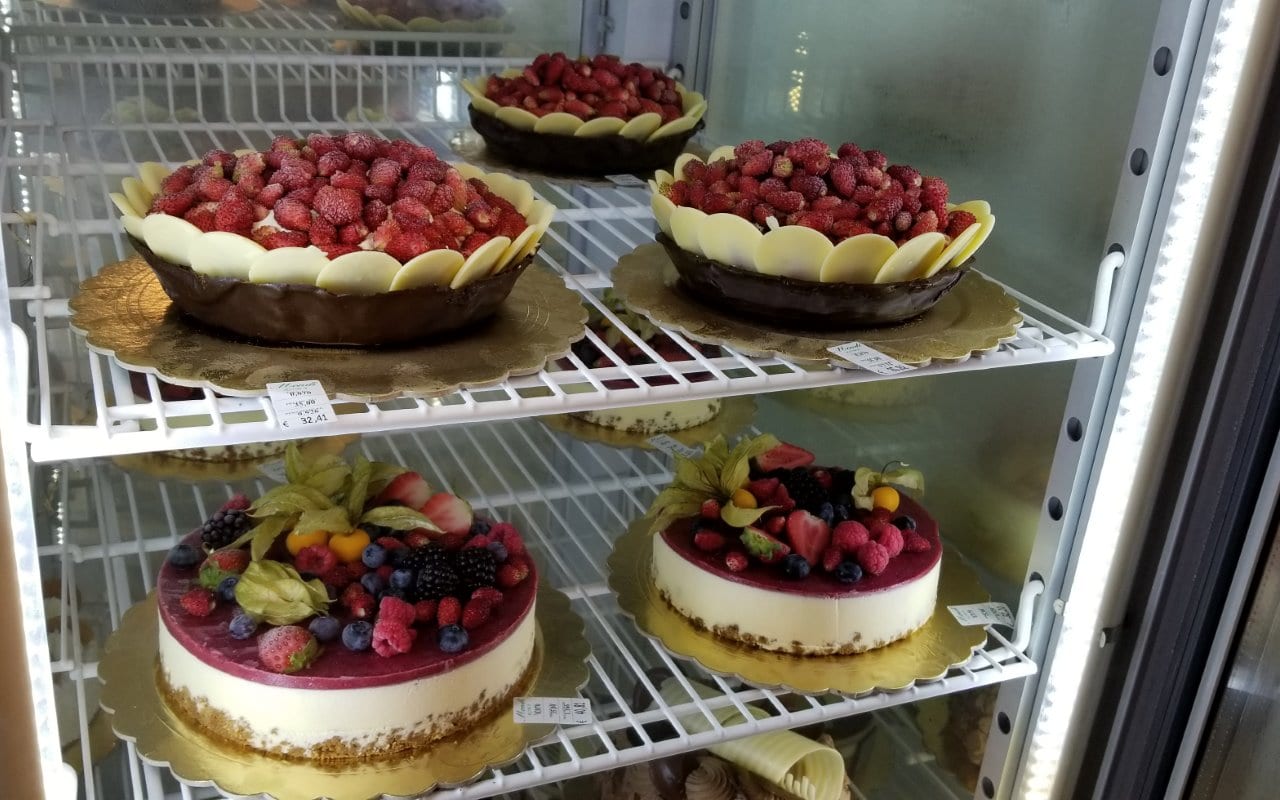 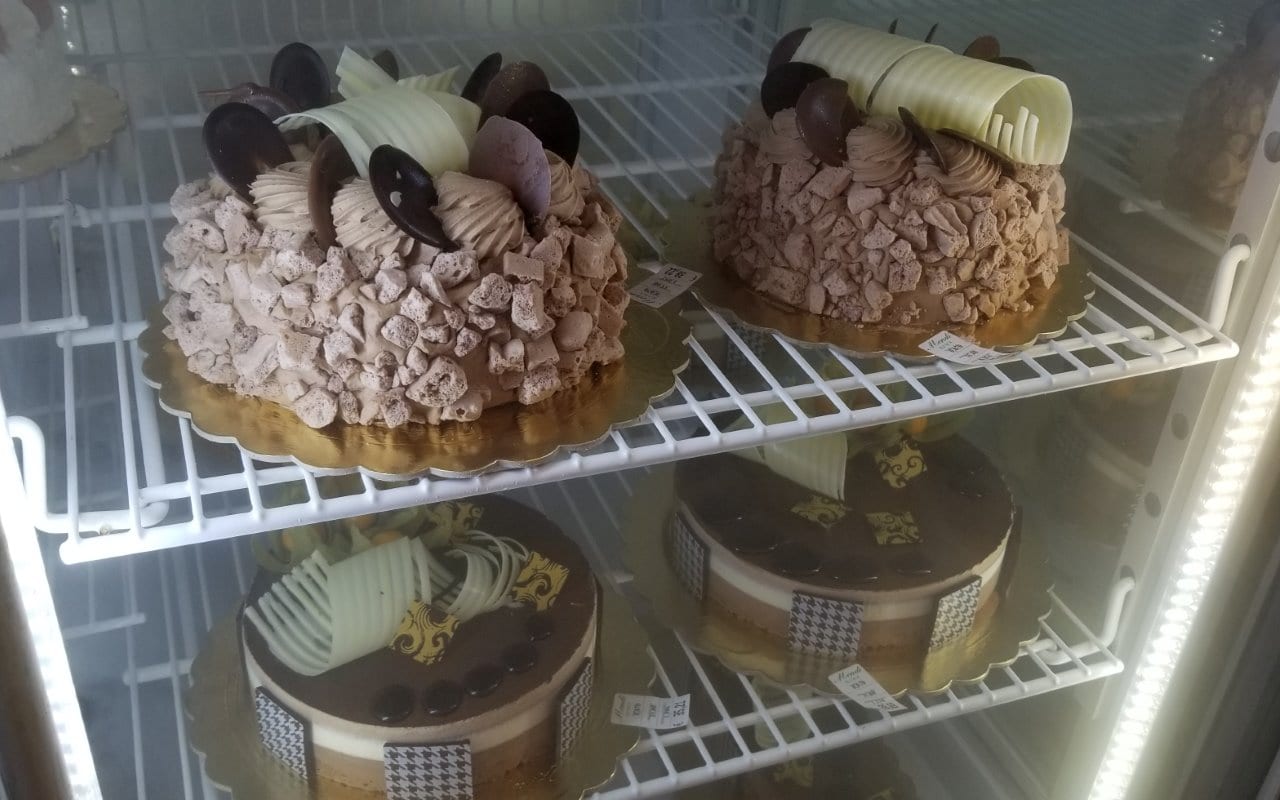 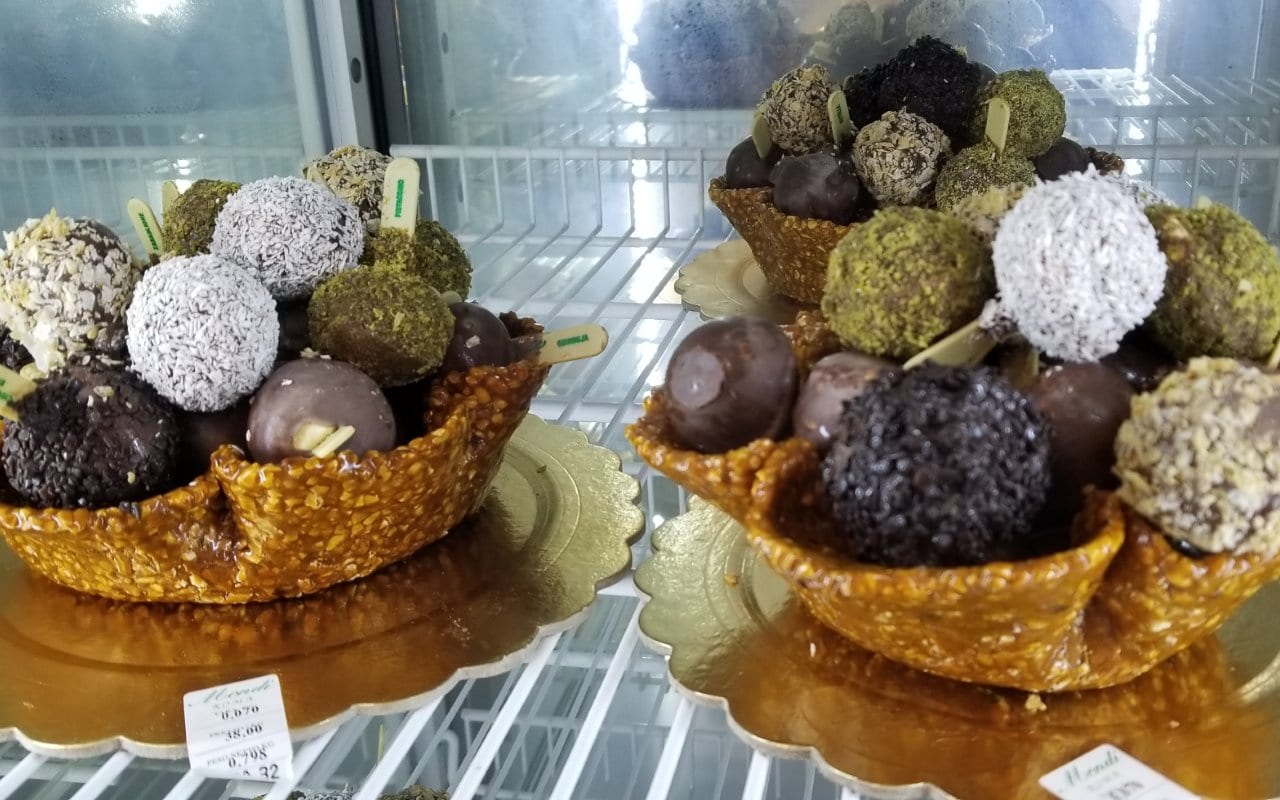 In addition, there is a full bar, offering fresh squeezed juices, espresso, wine, beer and cocktails. There is seating available inside as well as outside on the large covered terrace. And the staff is very friendly. 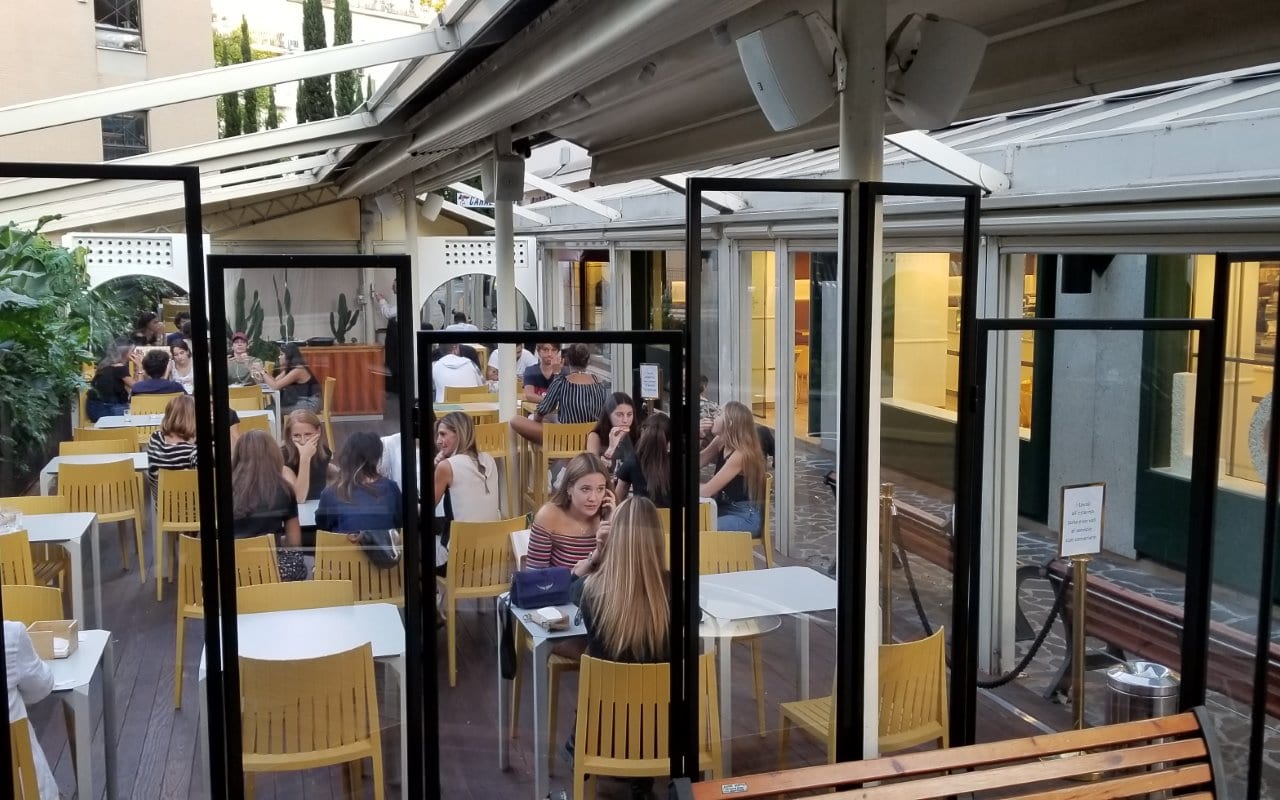 Pasticceria Mondi is open daily for breakfast, lunch, aperitivi and after dinner dessert. As my hotel was just two blocks away, I found myself having breakfast there both mornings. There really is nothing better than a well-made cappuccino and a freshly made cornetto (like a croissant but softer and with less butter). 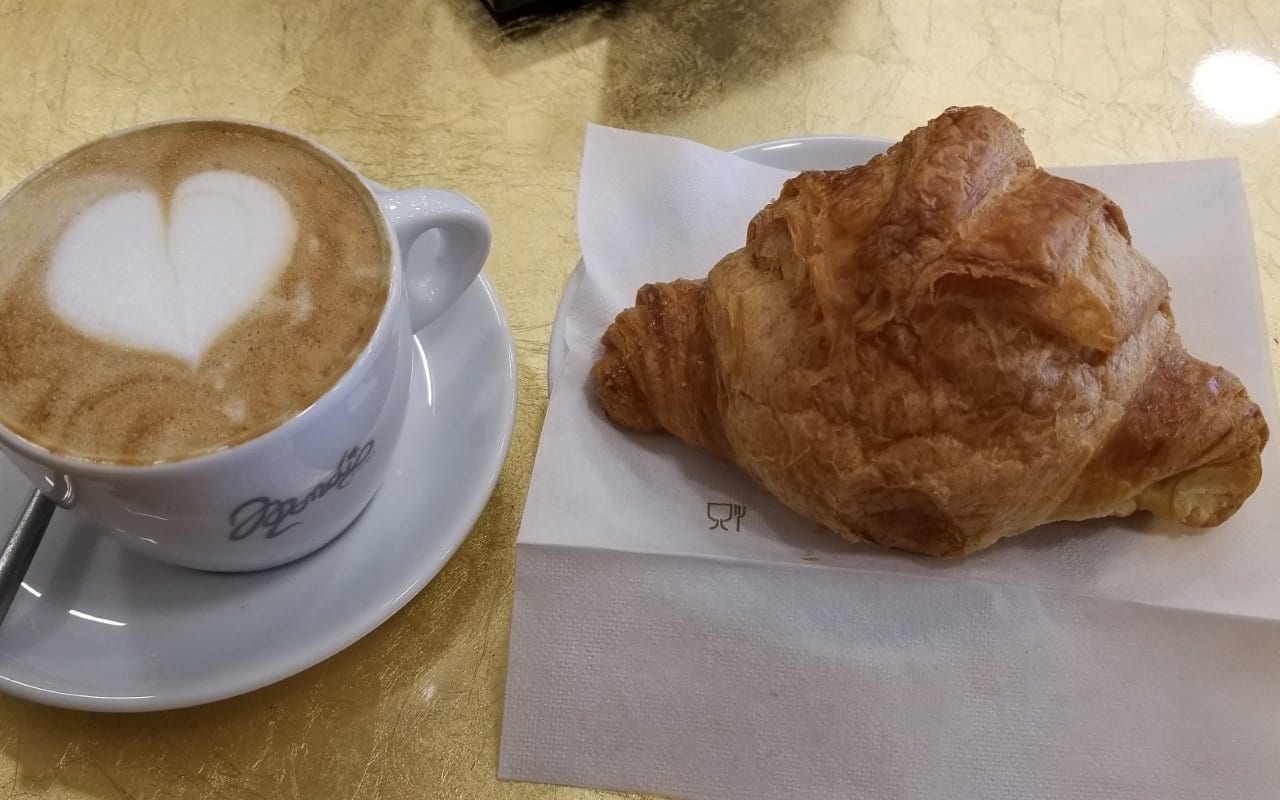 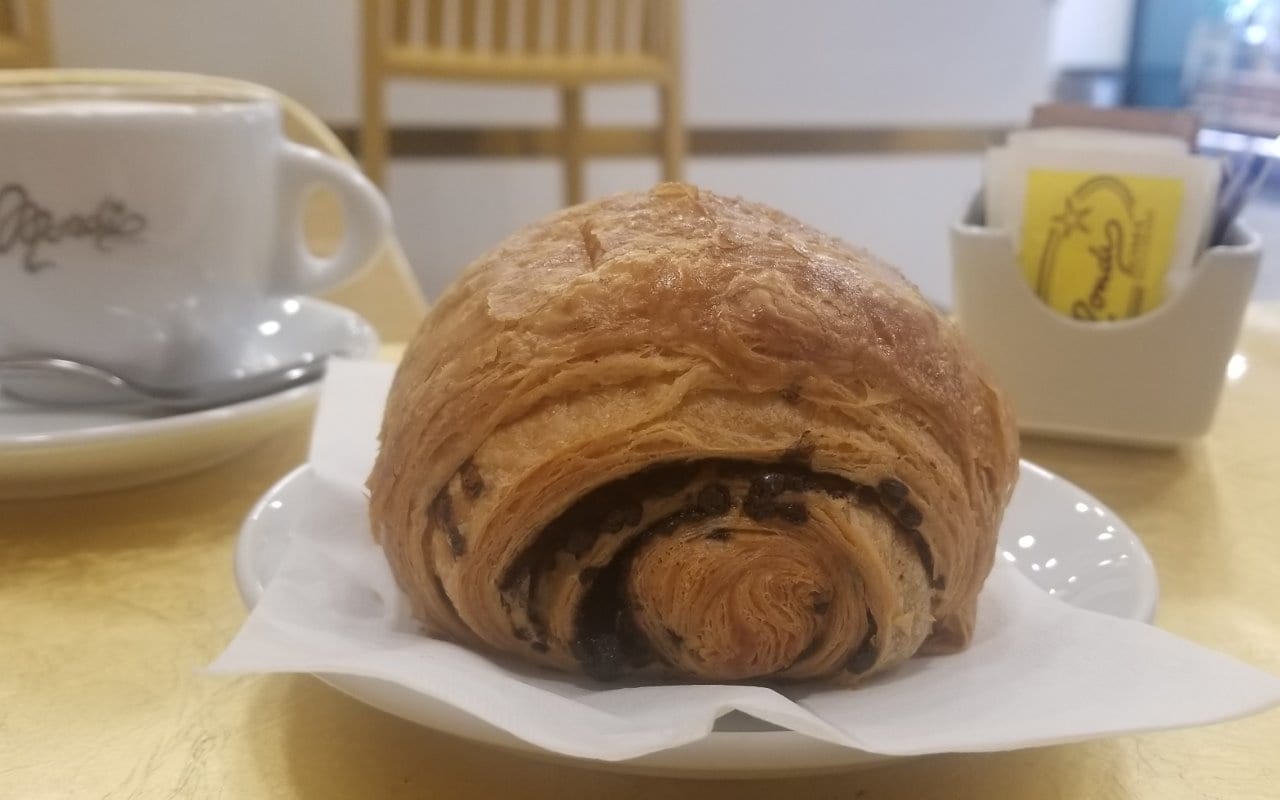 I enjoyed lunch at Pasticceria Mondi where I enjoyed a salad as well as pasta. 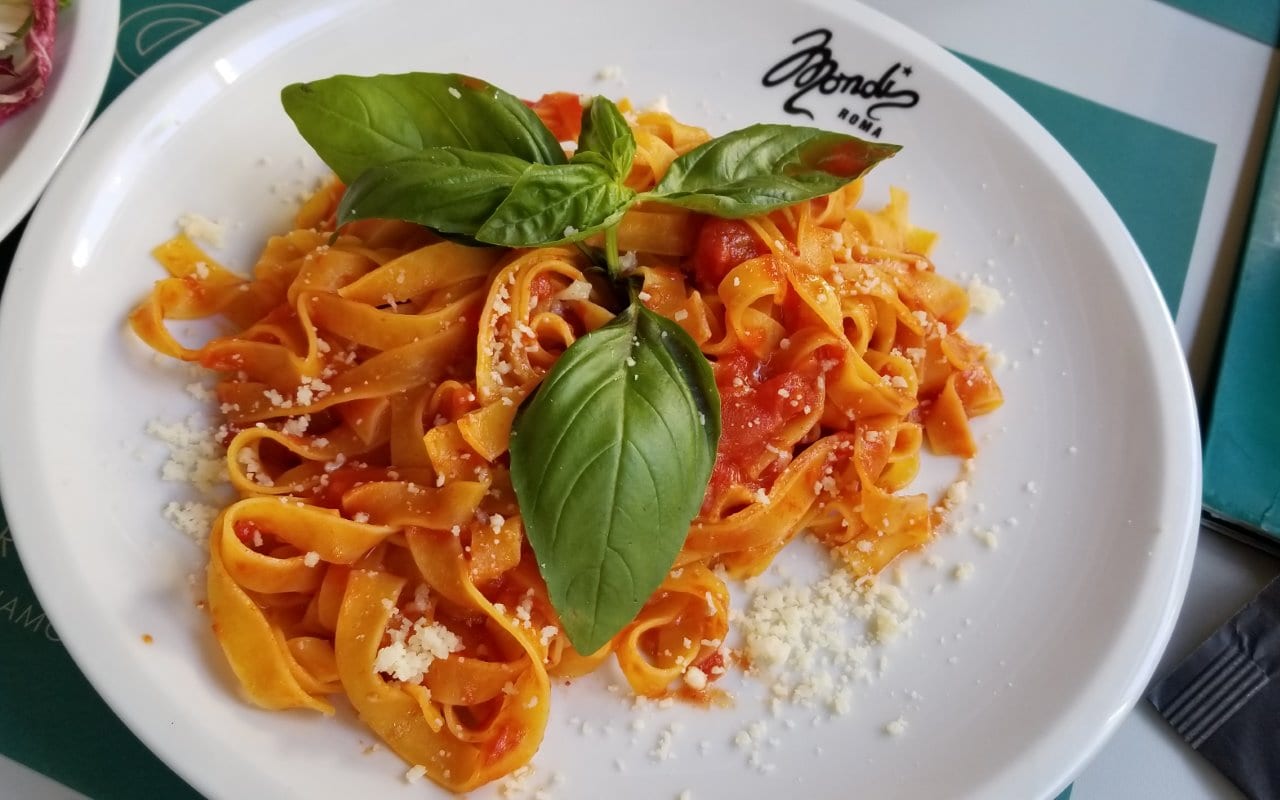 And, I ended both days with an artisanal gelato, because in Italy, everyone eats gelato all the time without any guilt or excuse. 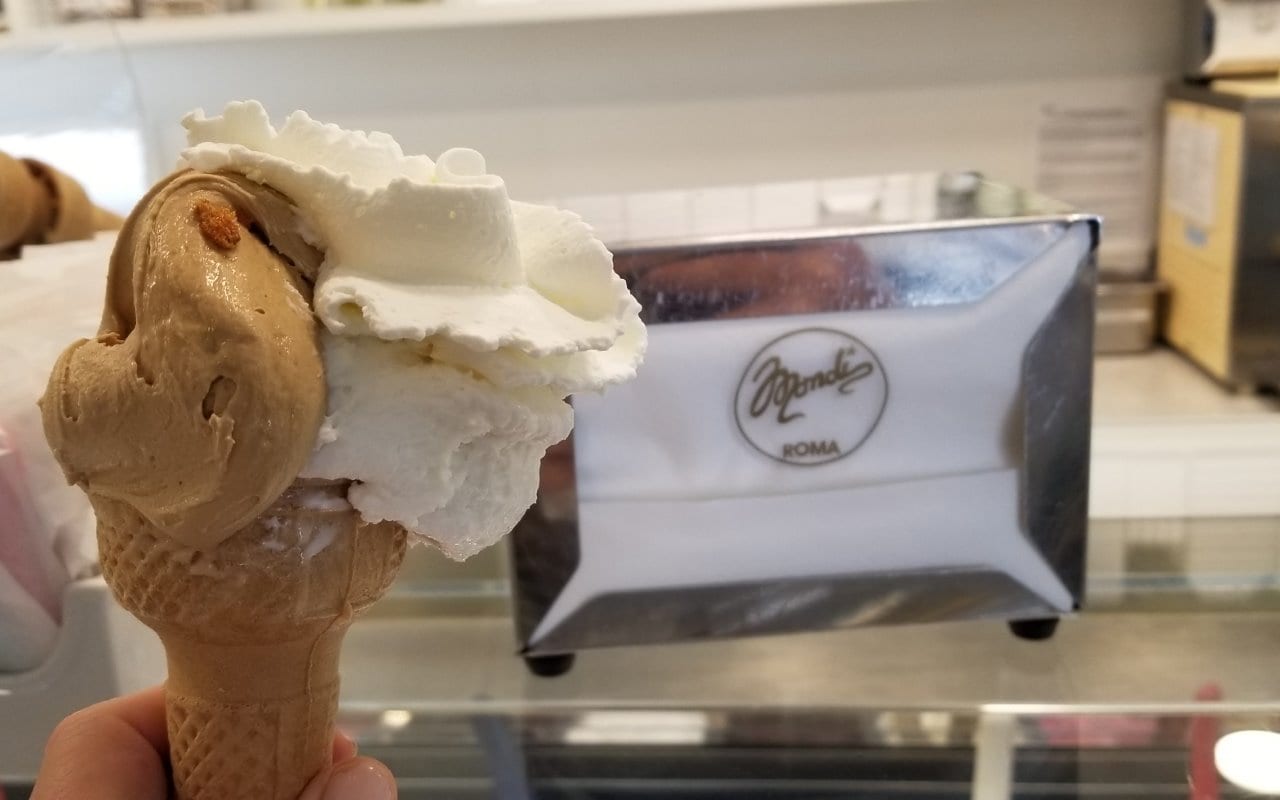 I also got to go behind the scenes and watch the guys work. They work from 5am to 1pm daily making everything from scratch!

I saw them make fruit tarts 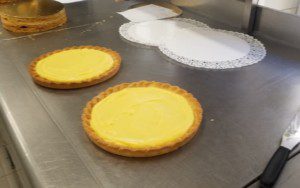 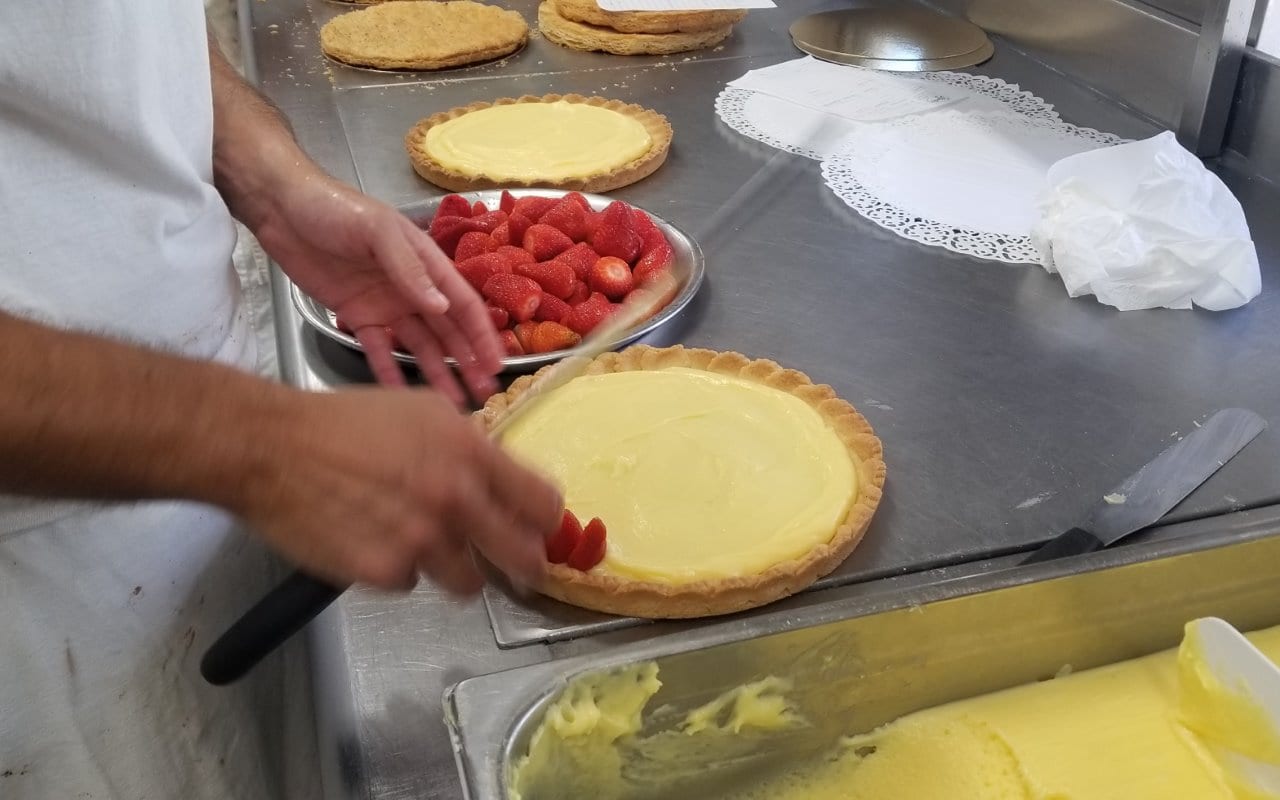 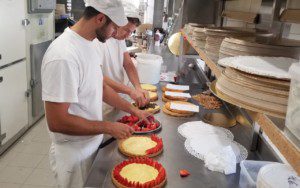