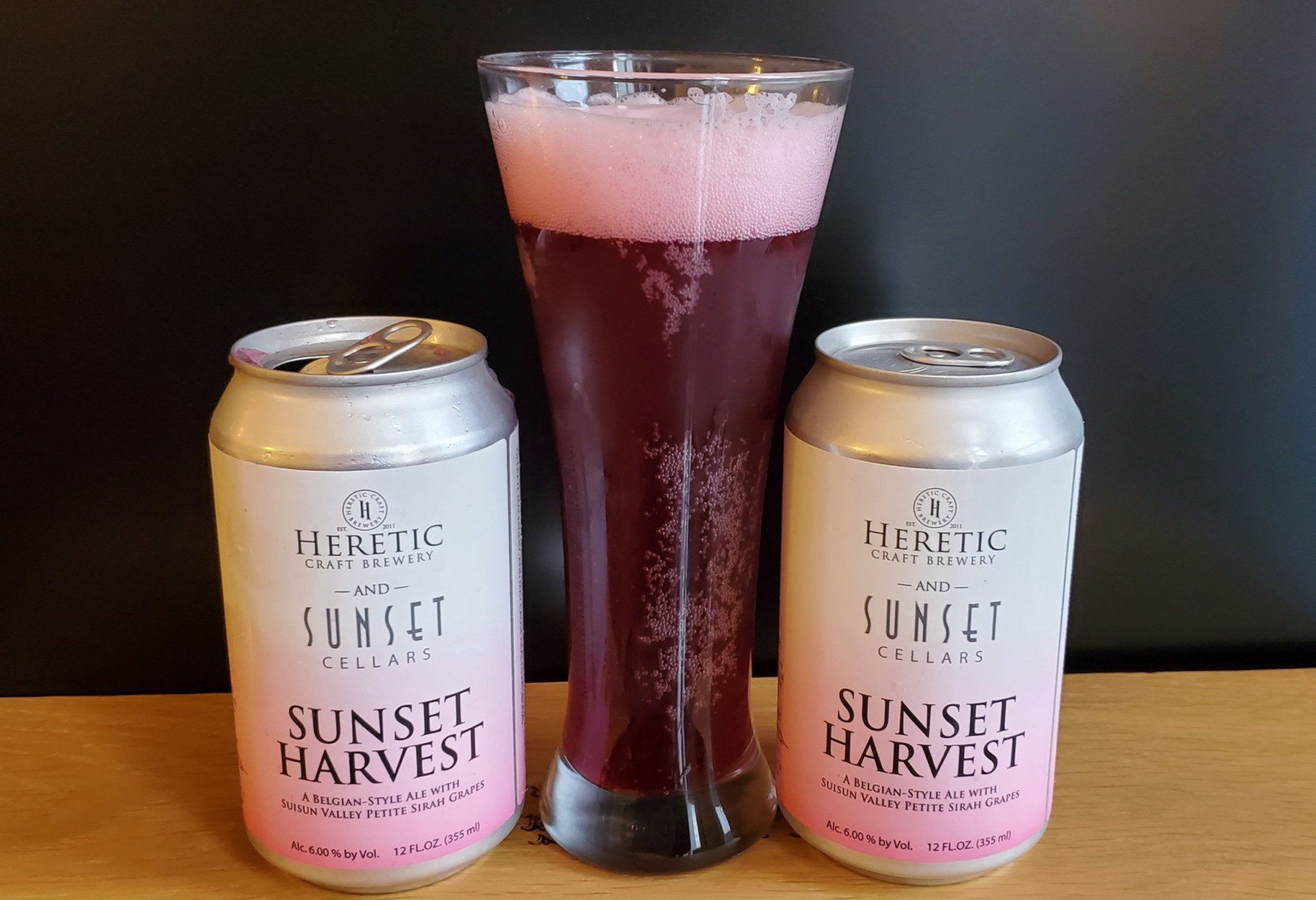 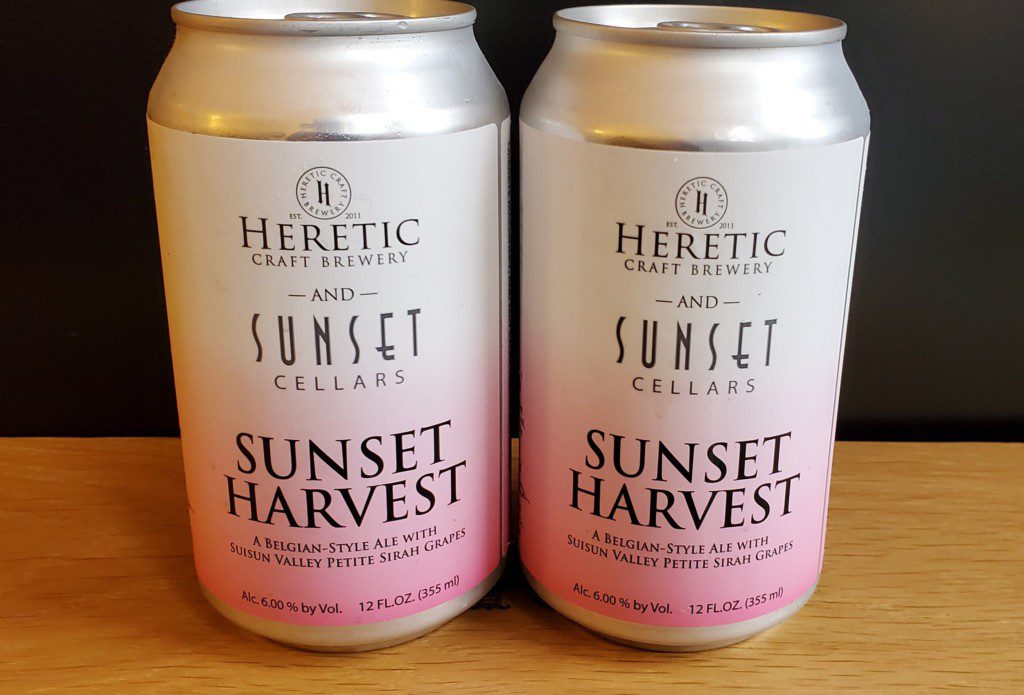 Alcoholic beverages are divided into three categories — wine, beer, and spirits. There is a little overlap between wine and spirits as there are wines aged in bourbon barrels and spirits aged in wine barrels, as well as grapes distilled into spirits.

But when it comes to wine and beer, there is often a divide between those who prefer the grape versus those who like the grain. Despite the divide, there has been some intermixing, creating products that straddle both worlds. I have enjoyed white wine made with hops and now enjoyed beer made with wine for the Heretic Sunset Harvest Ale.

Beer made with wine grapes is not a new category. Making beer with wine grapes goes back to the 1970s in Belgium and many domestic breweries, including Dogfish Head Craft Brewery and Allagash Brewing, release wine-beer hybrids each year.

Heretic Brewing Company is a locally-owned microbrewery and taproom specializing in award-winning full-flavored ales and lagers. Earlier in the year, Heretic collaborated with Fah Sathirapongsasuti, co-owner of the Suisun Valley Wine Co-Op, which includes Sunset Cellars and Blacksmith Cellars, to create a cocktail recipe with Heretic Cucumber Vodka and Blacksmith Cellars Aperitif. This instigated the idea to create a wine-beer hybrid with Sunset Cellars.

Sunset Cellars was founded by Doug and Katsuko Sparks in 1997 who started making wine in their garage in the Inner Sunset District in San Francisco. They founded the Suisun Valley Wine Co-Op as a tasting room for their wines and started making their wines there, including Barbera, Old Vine Zinfandel, Carignan, Petite Sirah, Charbono, and more.

The production of this wine-beer hybrid corresponded with the timing of the Suisun Valley 2021 grape harvest. Suisun Valley, located on the backside of Napa Valley, is the self-described Petite Sirah capital of the world. Therefore, Sunset winemaker Fah Sathirapongsasuti and Heretic owner Liz Zainasheff selected the signature Petite Sirah grape for the Belgian-style Ale. 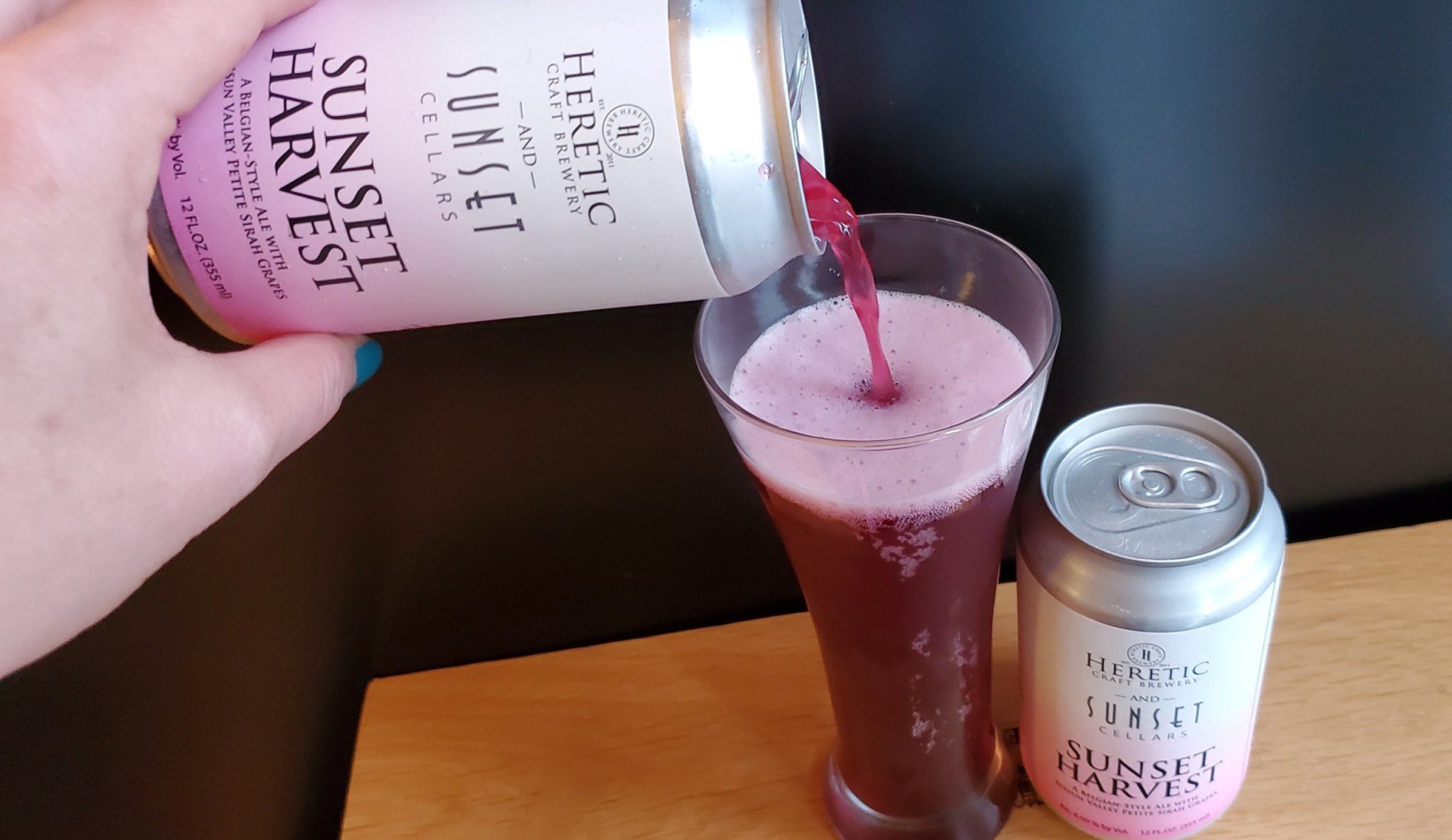 The Petite Sirah grapes were crushed and cold-soaked for four days before being pressed and combined with the beer wort and a small number of dry hops. Fermentation was done with ale yeast and took approximately one week to finish.

Petite Sirah is known for its dark purple color and deep fruit aromas, and they are prominent in the Heretic Sunset Harvest. The wine-beer hybrid is a vibrant purple color. The nose is a combination of dark fruit aromas and beer notes. On the palate, it is light and bubbly with a delicate texture, a lingering finish, and is only 6% abv. I can personally say that I am not a beer drinker and yet I found this to be an easy-drinking, refreshing beer that I truly enjoyed drinking.

For the first release of Heretic Sunset Harvest, only three barrels were made, and it can be found in the Heretic Tap Room in Fairfield, as well as the Pioneer Tap Room next door to Sunset Cellars in the Suisun Valley. Only a small amount was made this first year, but I would hope more will be made after the 2022 harvest as this is a very tasty Petite Sirah Belgian Ale.

November 24th is Carménère day, a day to celebrate a grape that originated in the Bordeaux region of France but…

Please The Palate Wine of the Week: On Your Left 2013 Behind Bars Zinfandel Blend, Paso Robles

"On Your Left" is a cycling term used when preparing to pass a slower rider. On Your Left is also…