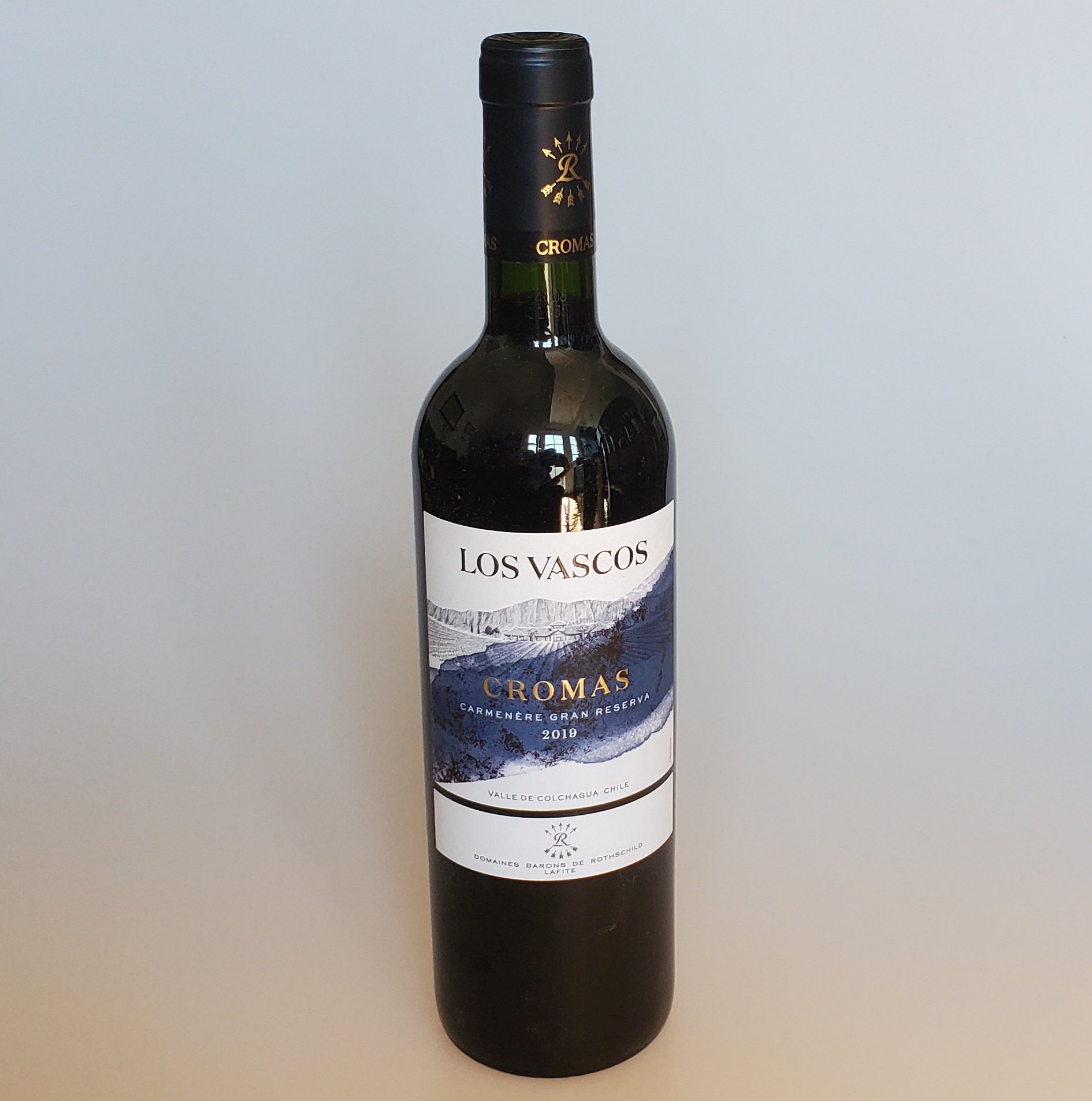 Posted at 11:40h in Wine by Allison Levine
0 Likes
Share

November 24th is Carménère day, a day to celebrate a grape that originated in the Bordeaux region of France but today finds its primary home in Chile. To celebrate, I am drinking the Los Vascos Cromas Gran Reserve Carménère 2019, Colchagua Valley, Chile, the Please The Palate wine of the week. 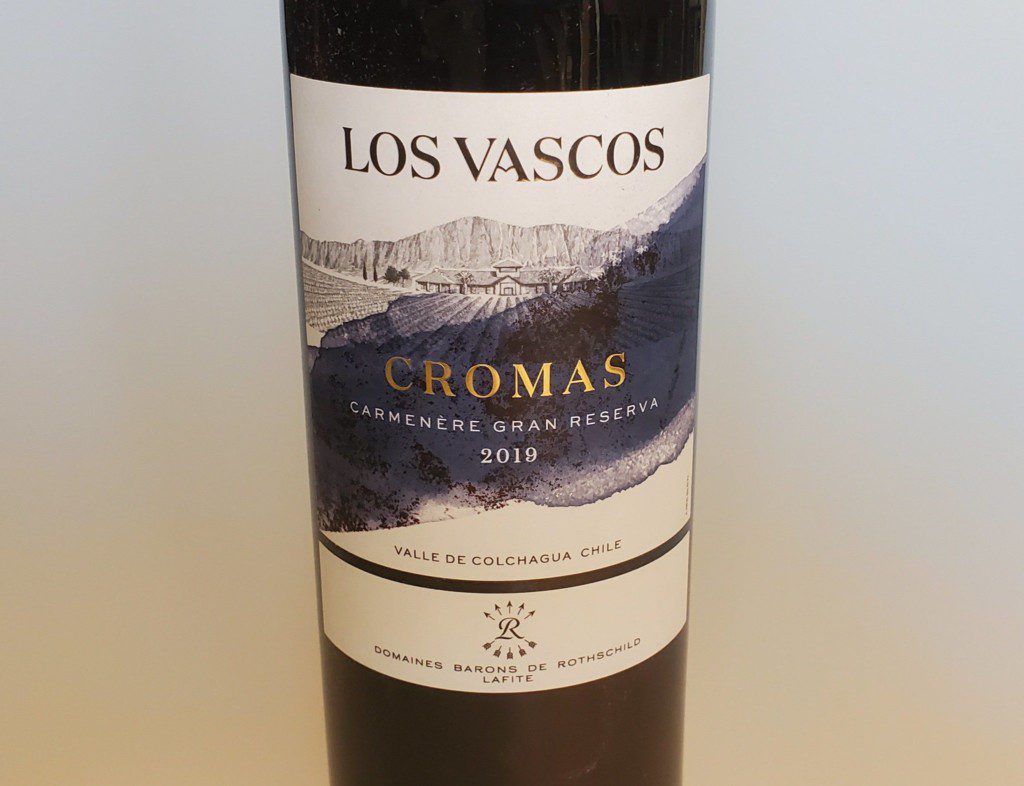 Carménère was once one of the blending grapes in Bordeaux. But, after phylloxera, nearly all the Carménère vines, along with most of the vineyards in Bordeaux, were wiped out. When the winemakers in Bordeaux replanted, they opted to plant the easier-to-grow Cabernet Sauvignon and Merlot instead of Carménère and as a result, Carménère is nearly extinct in its homeland.

Luckly, Carménère was first brought to Chile in the mid 1800s. Of course, when it was first brought over, it was thought to be Merlot and was often planted next to Merlot and blended together. In 1994, the French ampelographer Jean-Michel Boursiquot noticed how some of the “Merlot” vines took a much longer time to ripen. Boursiquot’s research to determined that somewhere close to 50% of the Merlot planted in Chile was actually the long lost Carménère variety of Bordeaux. And finally, in 1998 Chile officially recognized Carménère as a distinct variety.

Los Vascos is located in Valley de Caneten in Colchagua, a closed valley in the central zone of Chile, approximately 25 miles from the sea. The largest vineyard in central Colchagua Valley with 9000 acres, 1005 planted, Los Vascos was planted in the mid-nineteenth century by two of the leading Chilean wine producers who brought vines from Bordeaux to improve the quality of the original vineyard at Los Vascos. Thanks to Chile’s natural geographic frontiers, the vines were protected from the phylloxera epidemic, resulting in continuous growth.

Les Domaines Barons de Rothschild (Lafite) from Bordeaux, France acquired Los Vascos in 1988. They were the first French viticultural investment in modern Chile. They chose it for its existing vineyards, soils and climates after a careful search among more than one hundred Chilean wines.

The Los Vasco Cromas wines are inspired by the colors of nature that reflect the terroir. The name Cromas, which means “color” in Greek, is used because depending on where you are in the vineyard, you can look at the amphitheater and see different colors of soils. The Los Vascos Cromos Carménère has a blue label reflecting the day and night temperature differences brought by the ocean.

Carménère is a very slow ripening grape, ripening 4-5 weeks after its half-sibling Merlot. It likes long hot summers so that it can spend ample time on the vine. Moderately difficult to grow, yields tend to be low, resulting in highly concentrated grapes. Carménère also has higher levels of aroma compounds called pyrazines, like its parent Cabernet Franc and its half-sibling Cabernet Sauvignon.

For the Los Vascos Cromas Gran Reserve Carménère 2019, the grapes are carefully picked by hand, destemmed, and placed in stainless steel tanks for fermentation where the wine undergoes gentle extraction of the tannins. 50% of the wine is transferred into French oak barrels for a period of 12 months. 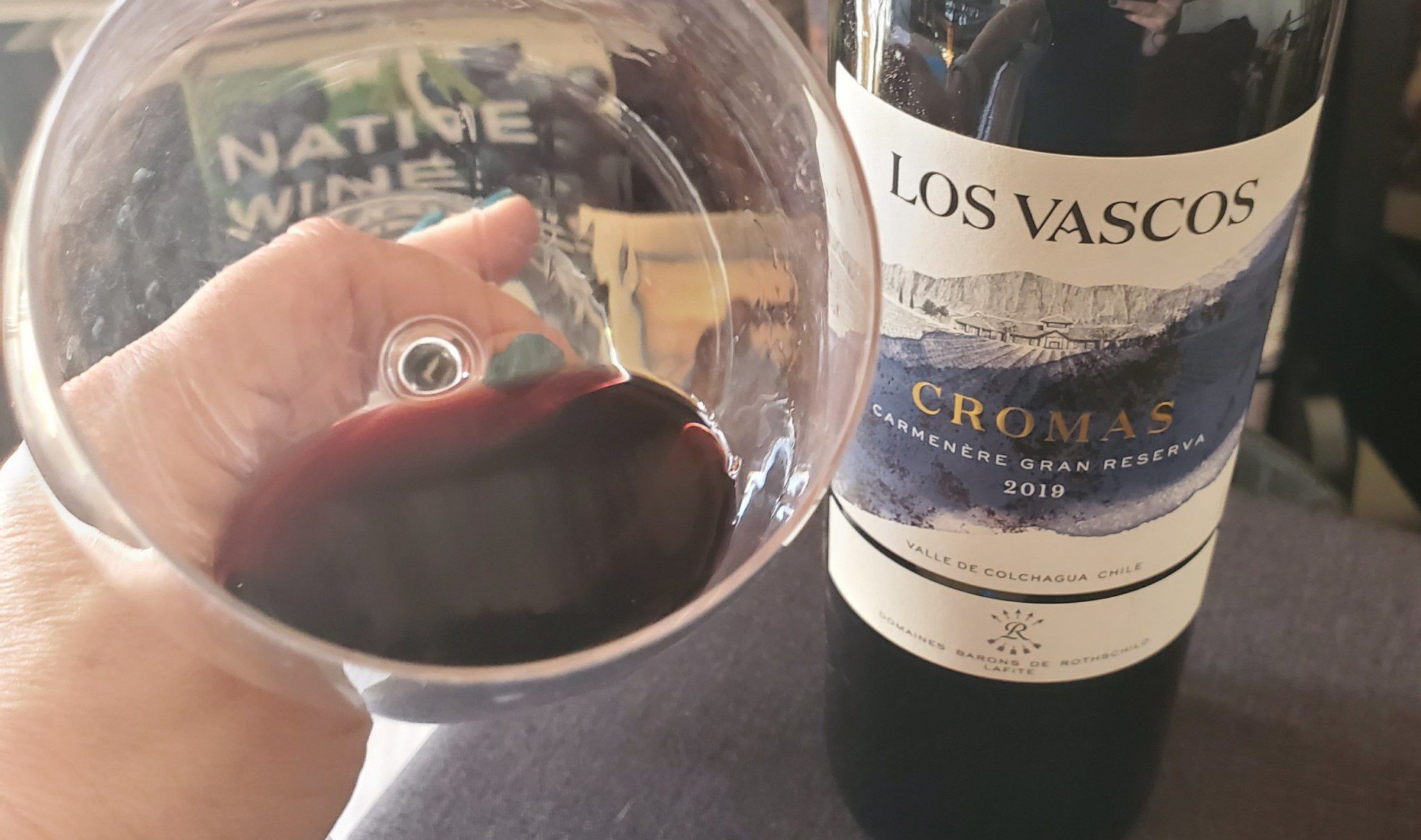 The resulting wine is a deep purple color. On the nose, I get blackberry, plum and black cherry notes, as well as notes of white pepper and herbaceous notes. Tannins are soft and silky and there is a lovely balance between density and acidity. This is a wine to enjoy with a steak topped with chimichurri sauce and it only costs $21.

There is something that intrigues me about unique wine blends. It is familiar to see Semillon and Sauvignon Blanc blended,…