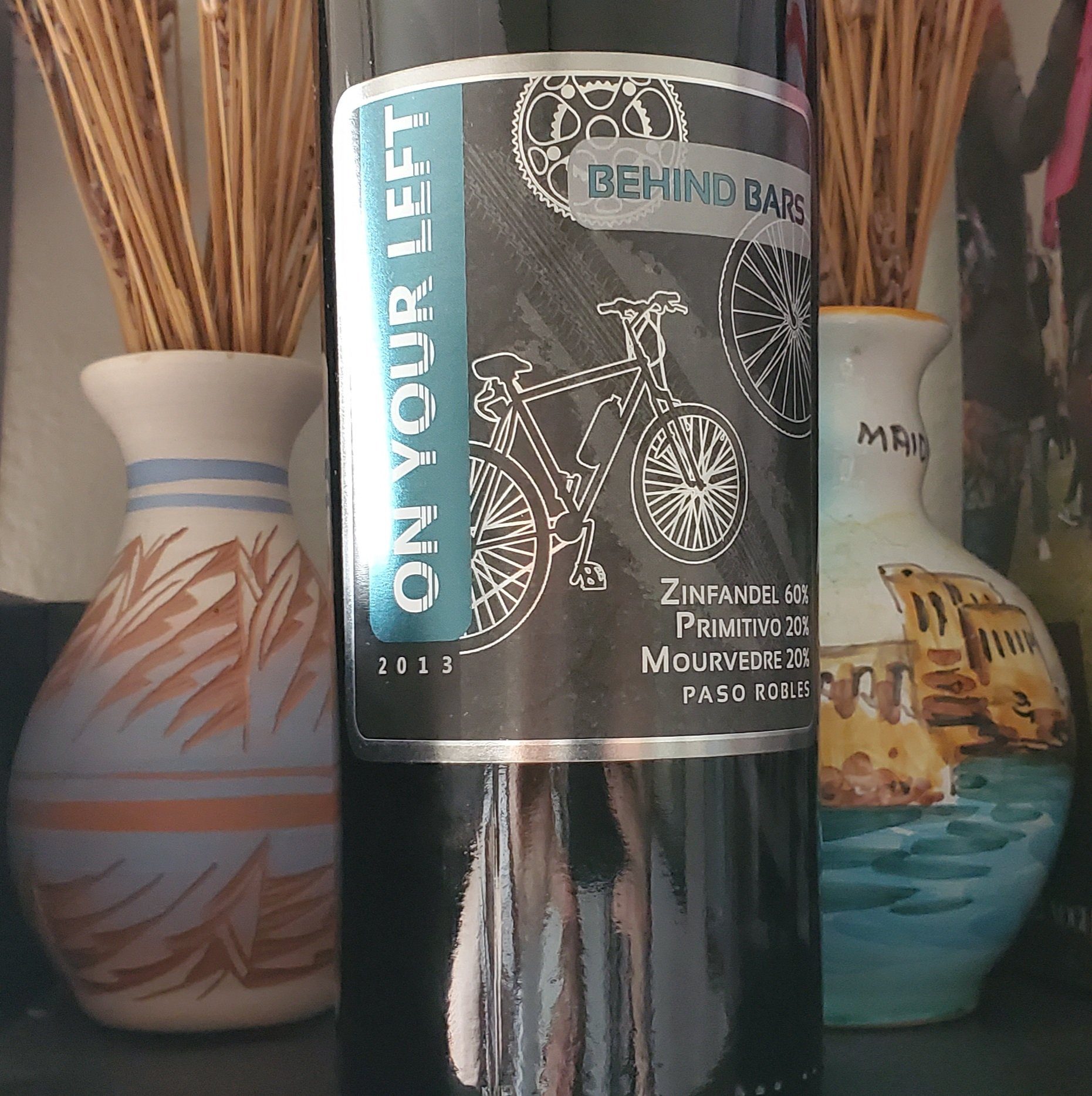 17 Nov Please The Palate Wine of the Week: On Your Left 2013 Behind Bars Zinfandel Blend, Paso Robles

Posted at 11:30h in Wine by Allison Levine
0 Likes
Share

“On Your Left” is a cycling term used when preparing to pass a slower rider. On Your Left is also the name of a winery in Paso Robles. Owner Craig Lea is an avid road cyclist which inspired the name of his winery and the On Your Left 2013 Behind Bars Zinfandel Blend, Paso Robles is the Please The Palate wine of the week.

Craig Lea is a fourth generation Californian who received his undergraduate B.S. degree in Pharmacy from the University of Arizona and then went on to earn two Master’s degrees, one in Health Administration from U.S.C. and the other a Master’s in Business Administration from Loyola Marymount University. With all these degrees, he found his way to winemaking.

Craig’s first experience in fermentation sciences was home brewing. He first tried to make wine in a carboy which resulted rather disastrously. But when asked what he wanted to do after his career in pharmaceuticals, he would say that he wanted to grow grapes and make wine. Instead of talking about it, he decided to do it.

In 2009, Craig and his wife Cristie bought a 10-acre parcel in the El Pomar district in Paso Robles and planted grapes. Craig did not want to be a spectator. He wanted to work. He made a point to meet winemakers and volunteered to work in order to learn what and how they did it. He took classes at UC Davis. He read a lot.

Craig learned that the most important part of wine is the fruit and being the farmer gives so much control. With a vision to make Syrah blends, he focused on planting Rhone varieties and selected his clones by reading about them in a book. In addition, he planted Zinfandel and Primitivo grapes.

The On Your Left 2013 Behind Bars Zinfandel-based Blend is a blend of 60% Zinfandel, 20% Primitivo, and 20% Mourvedre. Instead of working with multiple clones of Zinfandel, Craig adds the Primitivo for complexity. Mourvedre may seem like an odd choice to add to the blend but Craig was inspired after reading an article about California Zinfandels where a noted winemaker said he adds Mourvedre in order to tone down the fruit and jam notes of the Zinfandel and give complexity.

The On Your Left 2013 Behind Bars is almost 10 years old but it is still going. A dark brick red color, the wine has notes of dark red fruits, blueberry, brown spices, tobacco, vanilla, and a hint of raisins. On the palate, the tannins and acidity are softly pronounced and the finish lingers. Enjoy the On Your Left 2013 Behind Bars from Paso Robles, which retails for $35, with a grilled flank steak.

Food and wine pairing is fun. Sometimes you know exactly what wine to pair with a dish and sometimes you…

Food and wine pairing is fun. Sometimes you know exactly what wine to pair with a dish and sometimes you…