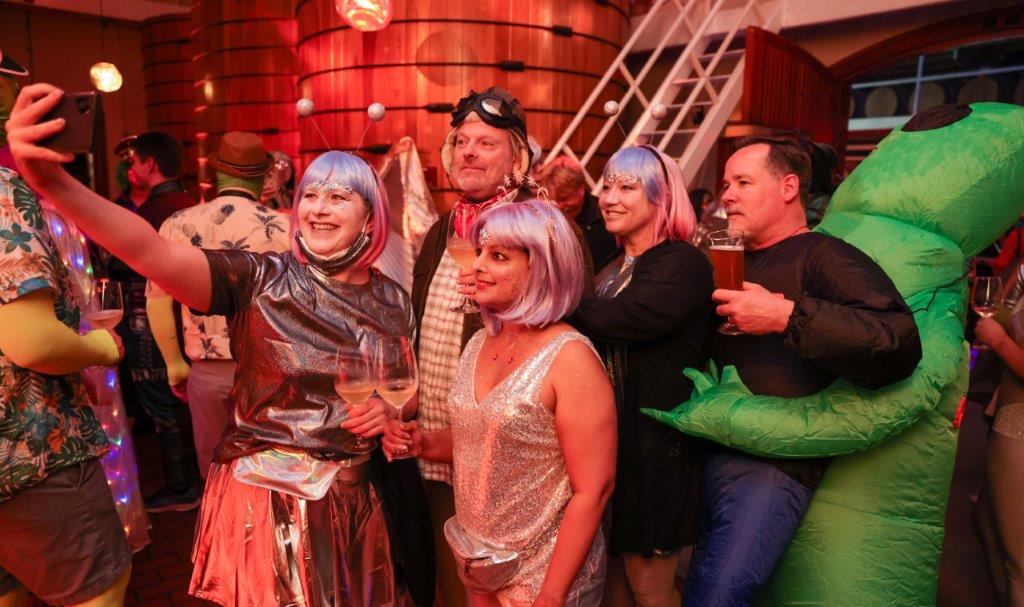 During 2020, many of our favorite activities and parties were on hold. That included one of my favorite parties of the year, the Jordan Winery annual Halloween party. When my unique invitation arrived in the mail, I immediately booked my flight to Sonoma. And this past weekend, after a few months of anticipation, the party of the year took place. Hence, the Jordan Winery Annual Halloween Party is the Please The Palate pick of the week.

When it comes to creativity, Jordan Winery is a constant winner. Marketing Director Lisa Mattson has communicated Jordan’s stories through some of the more entertaining music videos and parodies. And when it comes to their Halloween party, the creativity starts with the invitation. It is not just an email or a paper invitation. The invitation itself is worth anticipation. This year’s theme was the Alien Invasion at Planet Jordan and the invitation arrived in the form of a small planetarium projector. Once plugged in, the alien message was flashed across the ceiling letting us know the time and place. 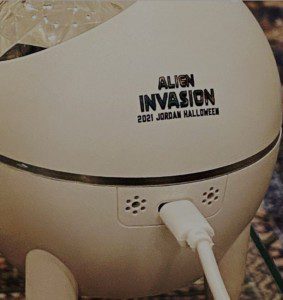 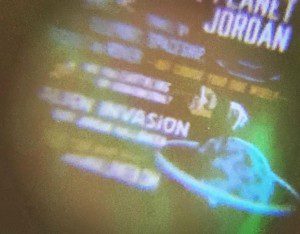 Knowing the theme, it was time to come up with a costume. My friend and fellow wine writer Sandra Crittenden was coming from Houston and we decided to do matching costumes. We searched the internet for ideas and ultimately decided to come up with our own creation, inspired by the short-lived 1970 TV show UFO. 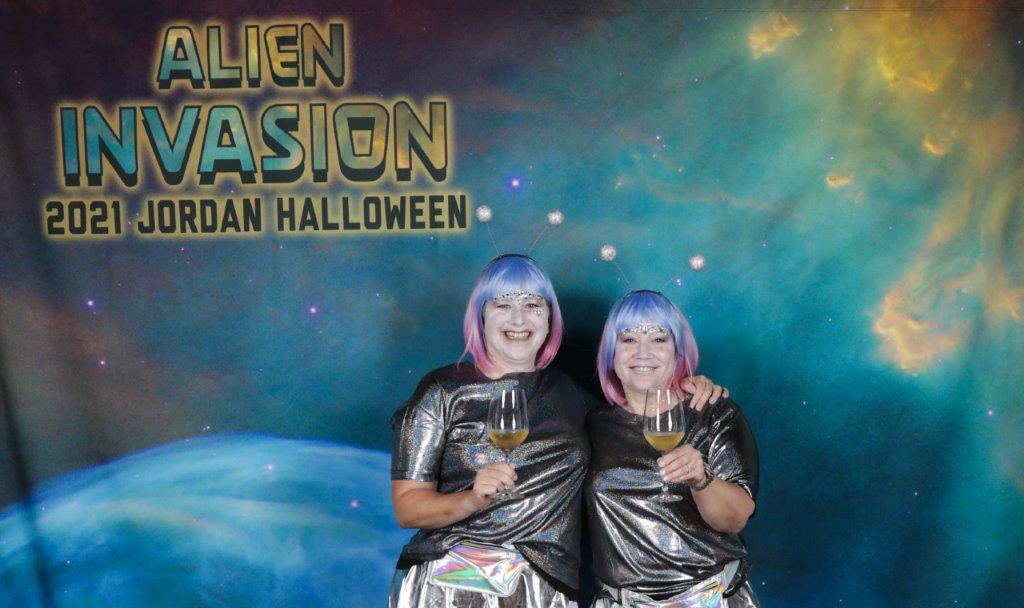 We bought all the silver clothing we could find on Amazon, including a fanny pack and a mask that matched. We got our wigs and painted our faces. And, we threw on our Ugg boots, which served as both “moon boots” and very comfortable options. 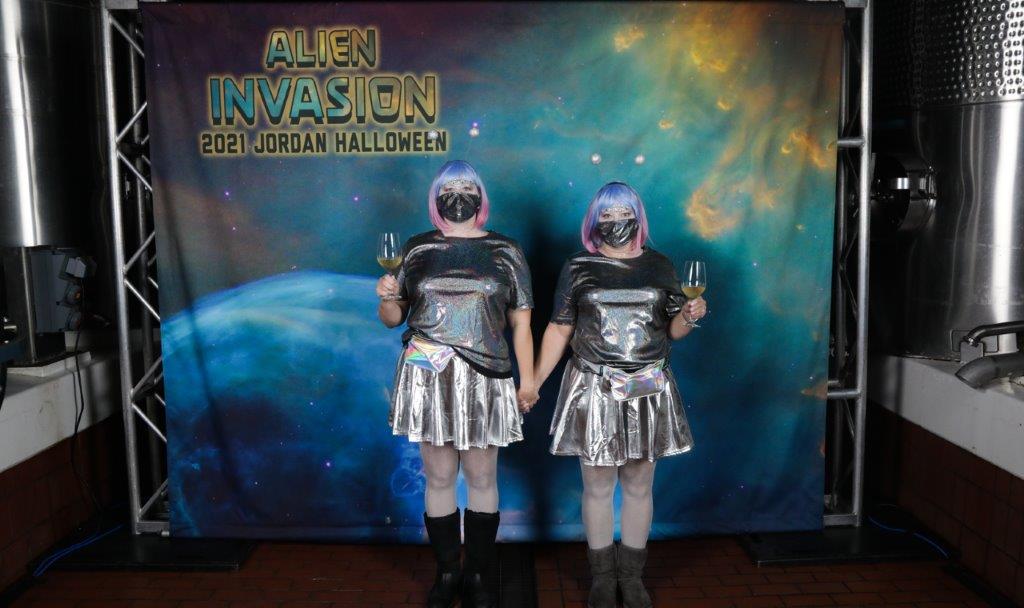 The party took place inside Jordan Winery, among the stainless steel tanks and barrels. At the bar the Jordan Chardonnay and Cabernet Sauvignon, and the Jordan Cuvée by Champagne AR Lenoble, as well as alien-themed cocktails were served.

Fresh oysters from Hog Island Oysters were being shucked.

And other bites were being passed, and served, by aliens.

The great thing about a Jordan Halloween Party is that EVERYONE dresses up! The costumes are so creative and so elaborate! The only challenge is that you don’t always recognize your friends who are also at the party and it is not until you see photos posted the next day that you realize they were there.

The Jordan Winery Alien Invasion Halloween Party was the highlight of my week. I am eagerly anticipating next year’s theme, if I am so lucky as to be invited again.

Twenty years ago, a single line in a movie did a lot of damage to a specific grape variety. Remember…

As I sautéed shrimp this week for dinner, I was looking for a zesty, fresh, crisp wine to pair with…

Curious About Carignan? - Crush On This Episode 68

Carignan is not the easiest wine grape to pronounce but once you taste it, you will want to be sure…