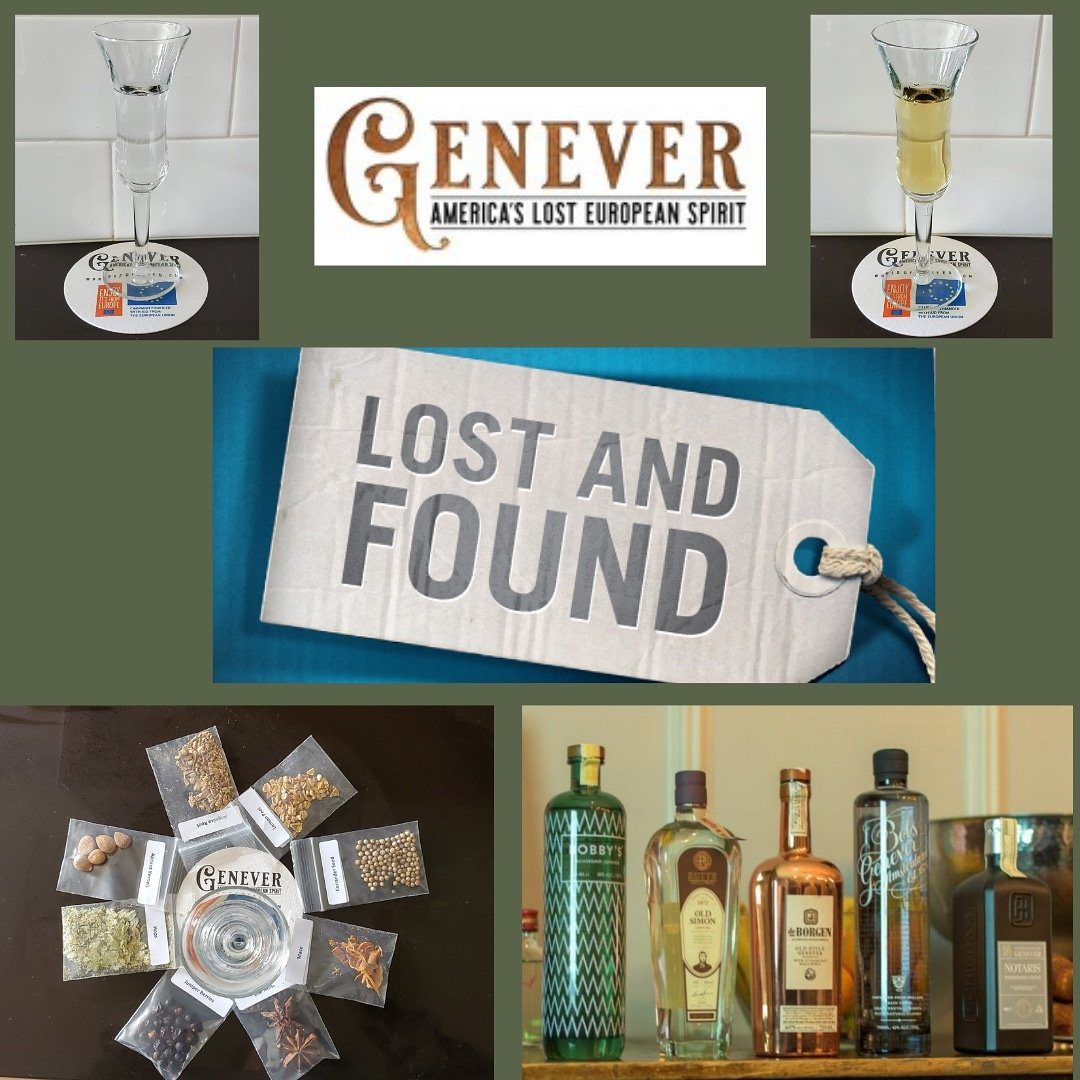 Posted at 10:50h in Cocktails by Allison Levine
0 Likes
Share

Whether a gin lover or a whiskey lover, Genever will satisfy both. Genever is the historic precursor to gin and most easily described as “a whisky-lover’s gin or a gin-lover’s whiskey.” As a gin lover, I was excited to learn more about Genever with a virtual cocktail lesson and shake-along as part of The Genever Crusade. Not only did I learn about Genever, I made some very tasty cocktails and that is why the Genever Cocktail Lesson and Shake-along I virtually attended was the Please The Palate pick of the week. 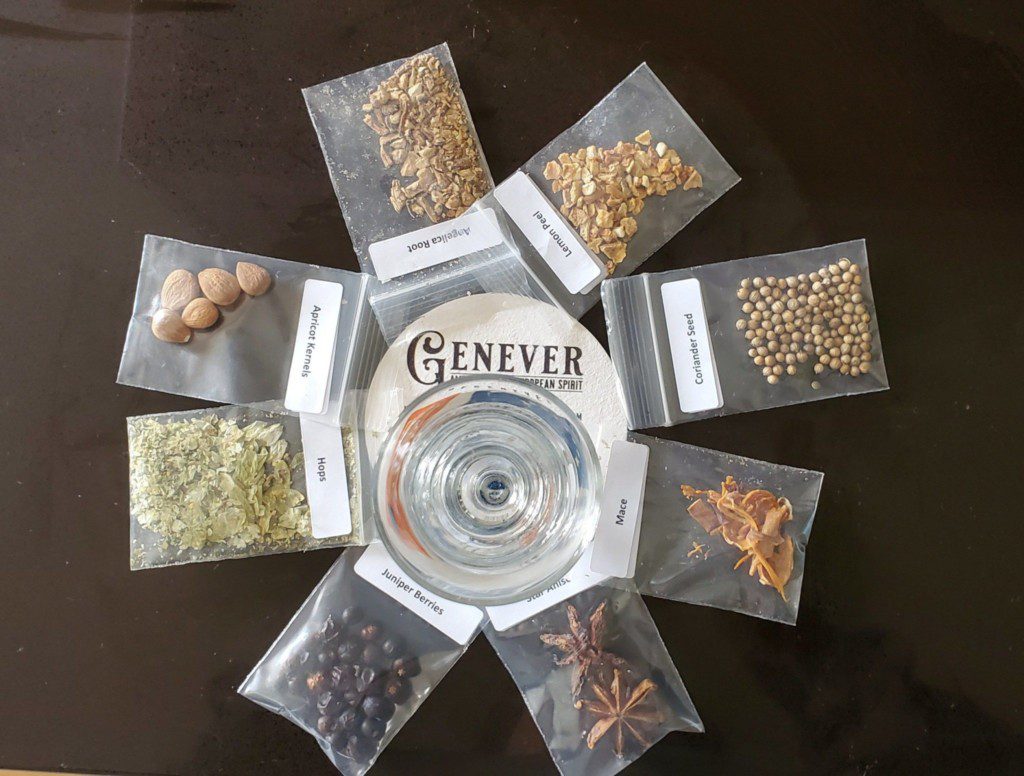 Genever is a malt spirit flavored with juniper and botanicals and can be unaged or barrel aged. Genever’s similarily to whiskey is that it is a malt spirit made from corn, rye, wheat, or malted barley. Genever’s similarity to gin is that it has juniper and botanicals, however gin must have more juniper than any other ingredient and Genever has no minimum. 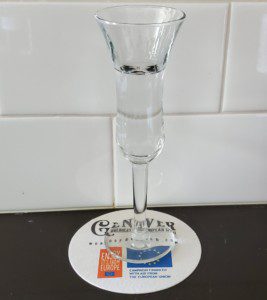 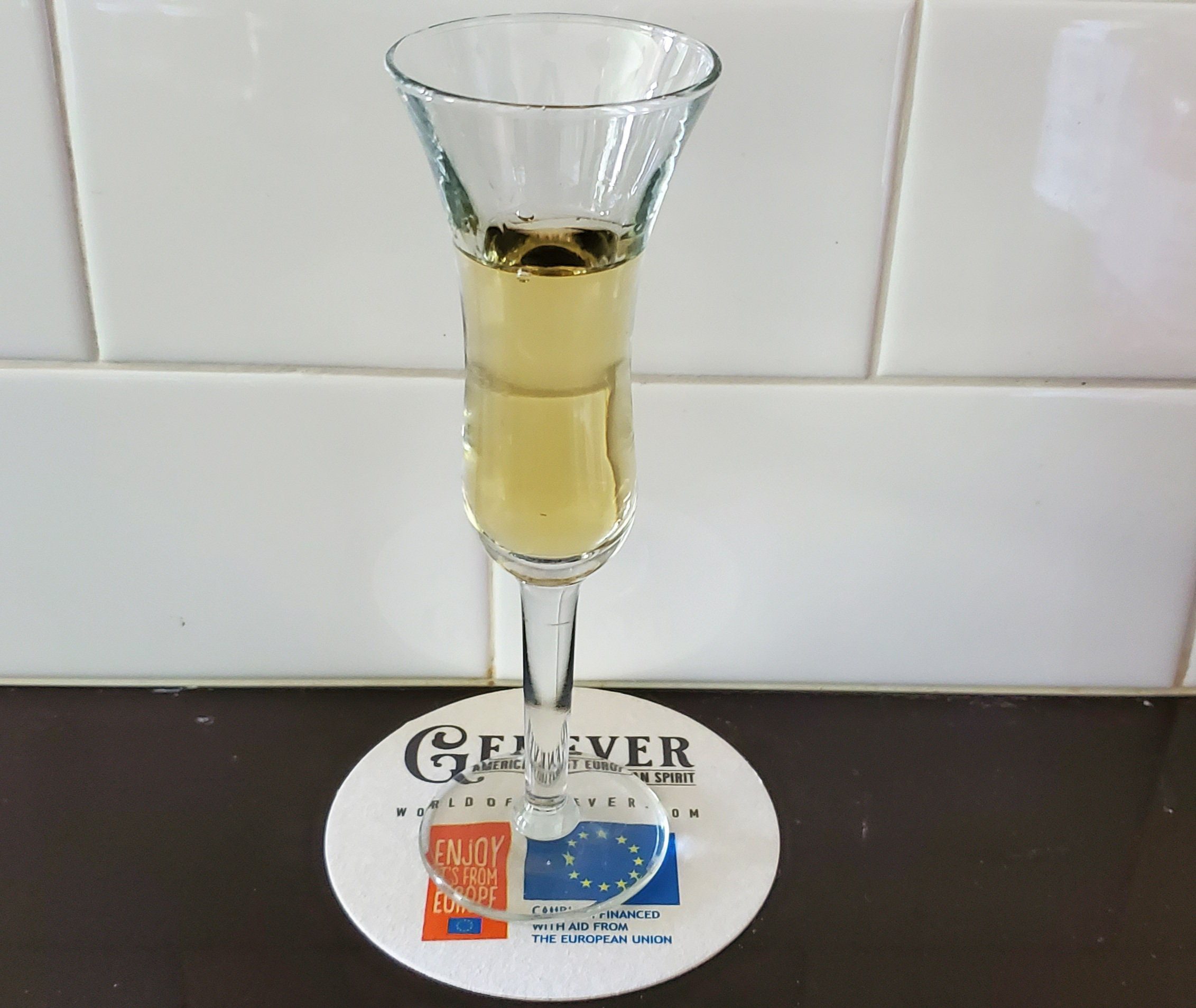 The first record of Genever was in the 1500s and by the 1800s, during the time of bartender Jerry Thomas, one in four American cocktails was based on Genever. Sadly, Genever lost its prominence as a result of Prohibition, World War I and World War II. Thankfully, Genever was “rediscovered” by bartenders in 2000 and on January 15, 2008, the category of Genever became protected by the European Union. Genever has a Protected Designation of Origin (PDO) which comprises the Netherlands, Belgium, and small adjoining parts of Germany and France, respectively.

Zach Patterson of Melrose Umbrella Co bar took us on a journey through the history of Genever and the styles of Genever which can range from fresh, fruity, and floral to grainy and herbal to rich and complex to full-bodied, spicy and sweet. 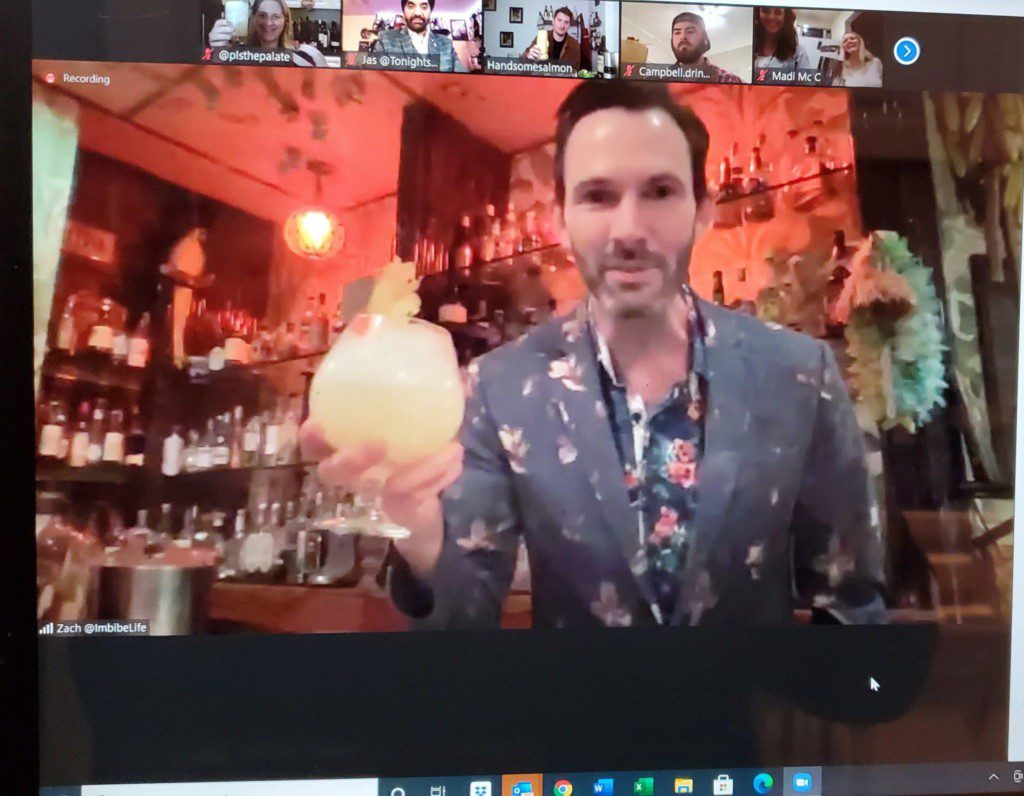 We enjoyed tasting five different Genever brands, each differing in style and flavor: 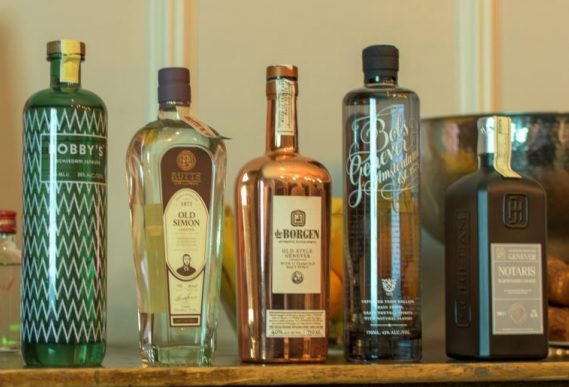 Bols Original Genever is the world’s oldest distilled spirits brand. The company started in 1575 and the Genever was first bottled in 1664. It is made with 60% malt spirit from a rye, corn, and wheat mash and has 22 botanicals including juniper, Bavarian hops, coriander, cloves, and ginger. The Genever has yeasty notes of fresh baked white bread and sweet hop notes, followed by spice on the palate.

De Borgen Old Style Genever was established in 1888. Made from a mashbill of wheat, rye and corn, the Genever has 22% malt that is a blend of 17 years aged and unaged malt spirits with botanicals like juniper berry, hops, gentian, chamomile, and blessed thistle. This Genever sits between a gin and a whiskey and is rich and complex with notes of anise, almond, and vanilla and has a round mid-plate.

Notaris Bartenders Choice Rome Edition is part of the Herman Jansen Distillery that was founded in 1777. This Genever is 100% malt spirit and is a combination of a 10 year old and a 15 year old Notaris with an unaged Rye malt spirit. It has notes of whole wheat fresh dough and spice and is very smooth on the palate. This Genever is the most similar to whiskey.

The Dutch Sandbar is a refreshing cocktail with almond notes. 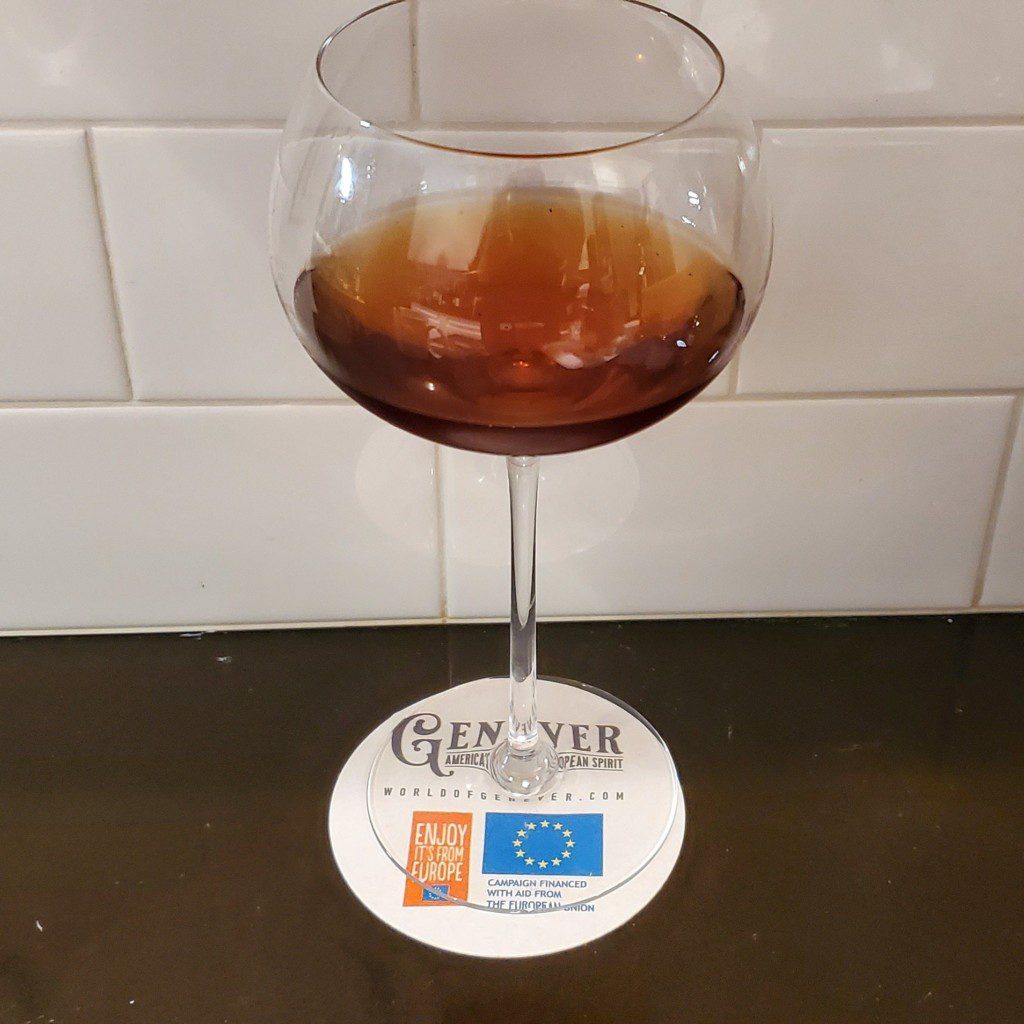 A classic Martinez is a precursor to the Martini and is made with equal parts gin and sweet vermouth plus maraschino liqueur and bitters. However, I realized that I did not have any Sweet Vermouth so I replaced it a 10 Year old Boal from Justinos Madeira. I also selected the DeBorgen Genever for a richer style and in the end, created a very tasty version of a Martinez.

We ended the event with a Dutch tradition called a kopstootje, or “little head-butt.” The idea is that when your glass is half-full, you have a positive outlook. And when your glass is too full, you take a shot of Genever and wash it down with a beer.

Genever is American’s lost European spirit and it is a spirit that I am happy has been rediscovered. It is a spirit that will satisfy both gin and whiskey drinkers and with the diversity of styles, it can used in a range of cocktails.

I am excited to share the cover story I wrote for the February issue of Beverage Industry News. Americans may…

Crush On This Episode 28: Chardonnay