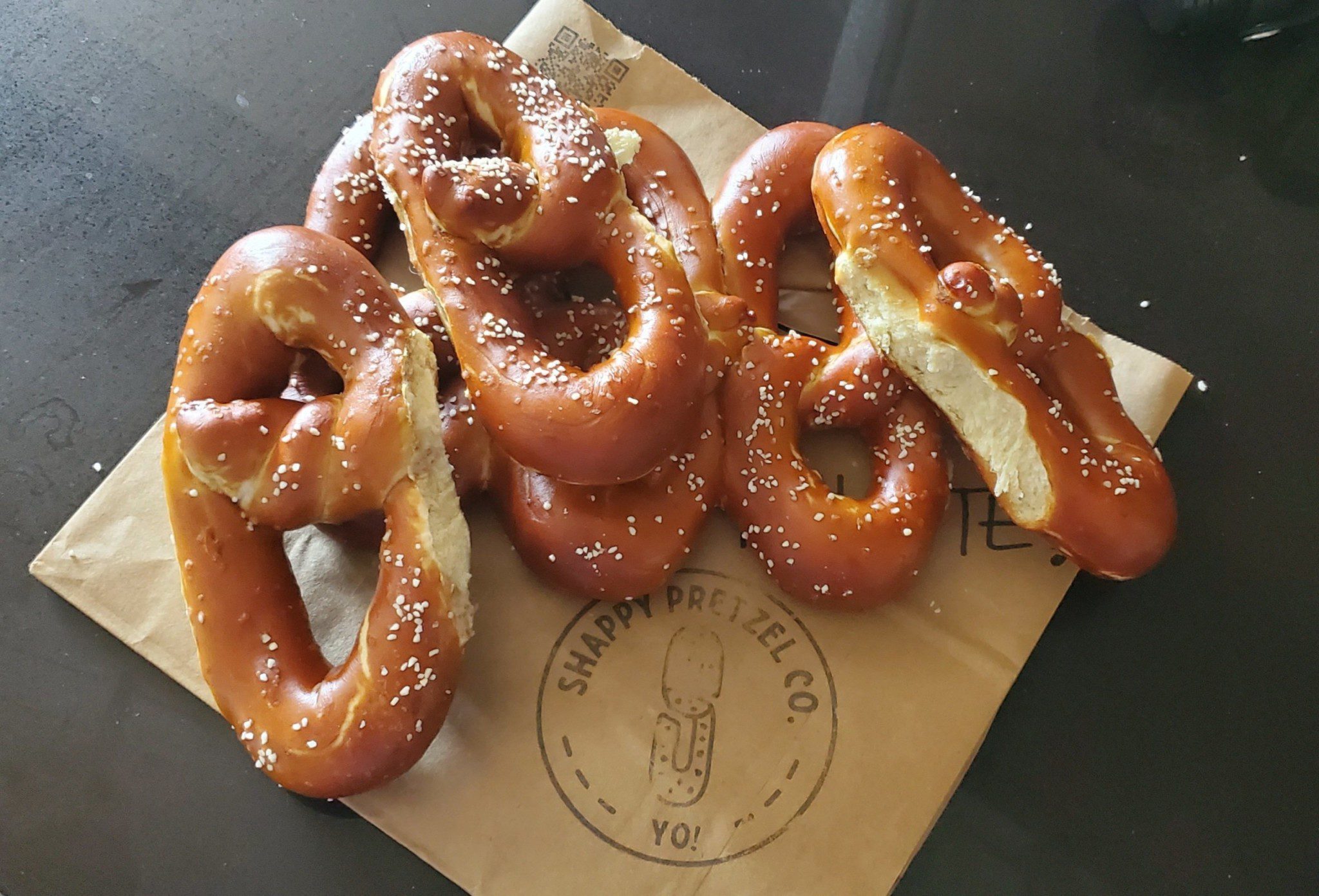 During quarantine over the past year, lots of people started baking. While I found myself enjoying cooking, I did not catch the baking bug that so many others caught. And, while baking became a hobby for many, for Adam Shapiro it became a new business called Shappy Pretzel Co. Better known as an actor on Mank, The Affair, and Mindy Kaling’s Never Have I Ever, Adam Shapiro started baking soft Philly-style pretzels which have become the favorites of celebrities and are the Please The Palate pick of the week.

Adam Shapiro was born and raised in Philadelphia where soft pretzels are a way of life. He has lived in Los Angeles for 20 years but his work has him traveling around the world. So, prior to Covid, a return trip to Philly was not uncommon. When quarantine hit, Adam realized that he had never gone more than a year without a soft Philly pretzel. The regular soft pretzels you can buy around town are not the same. Adam tried ordering them from Philadelphia but shipping pretzels did not work for him. He wanted fresh pretzels. So, Adam became obsessed with making a soft pretzel and after lots of practice, he mastered it! And, Shappy Pretzels has become the darling of celebrities, especially those who are originally from Philadelphia, such as Will Smith, Bradley Cooper and more. 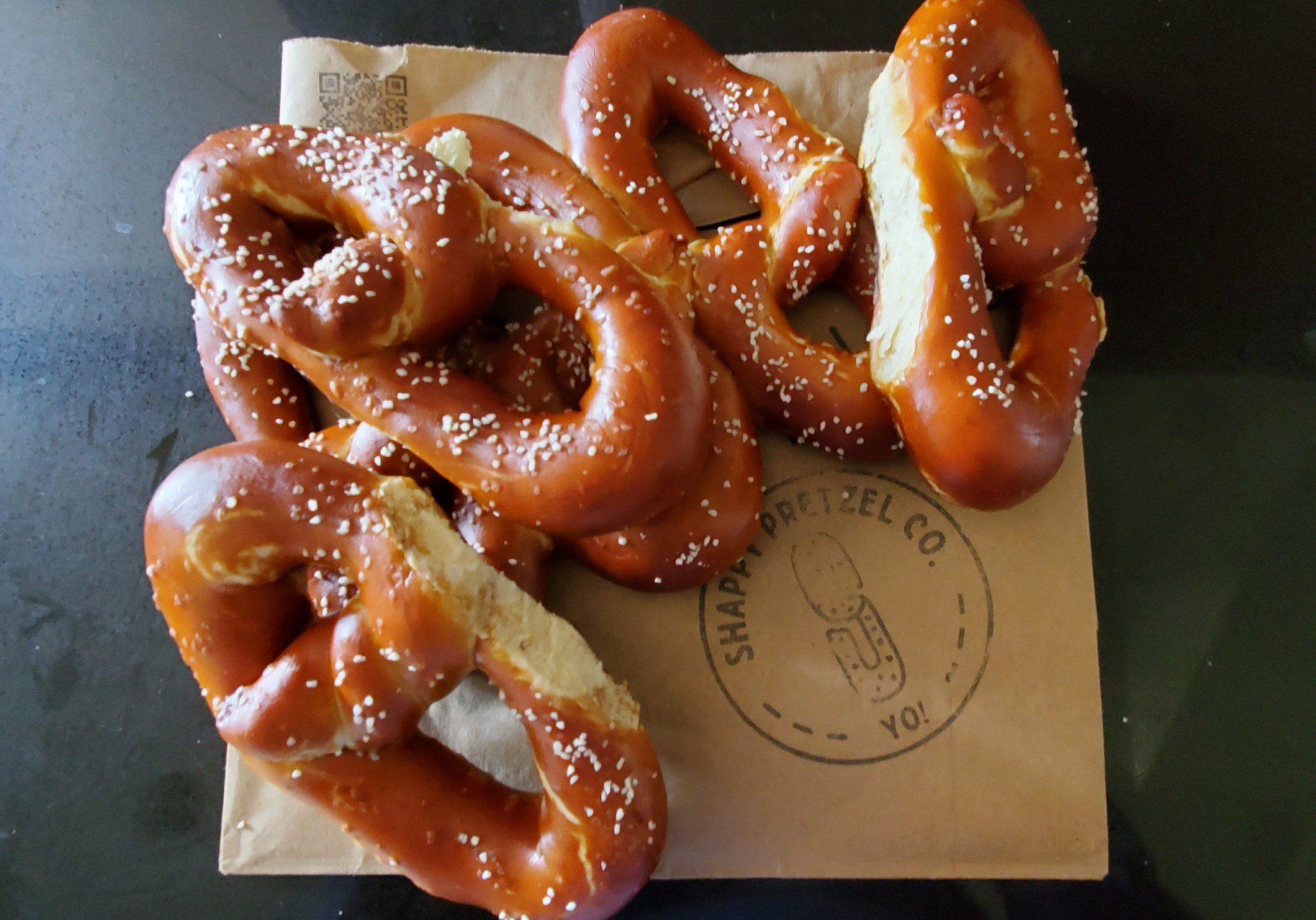 How did a quarantine hobby become one of the most talked about foodie items in LA? Well, I guess you can say that it helps to know people. Adam’s wife Katie Lowes is also an actress. She is known for her role on Scandal but also fills in for Kelly Ripa on Live with Kelly and Ryan. During quarantine, Katie was filming from her living room when Ryan asked what she had been snacking on and she mentioned that Adam had been making pretzels. Ryan Seacrest said he wanted to try some so Adam jumped on national television and said he would bring him some. From there it exploded! Cars would like up outside his home and he started selling 500 pretzels a day from in his front yard. He did this for a month-and-a-half, every single day, before moving into a commercial bakery. And, Adam started pop-ups so people could buy the pretzels. Celebrities, chefs, foodies, and LA-based Philadelphians all bought Shappy’s Pretzels and today Adam is juggling two careers – one as an actor and one as an entrepreneurial business owner. 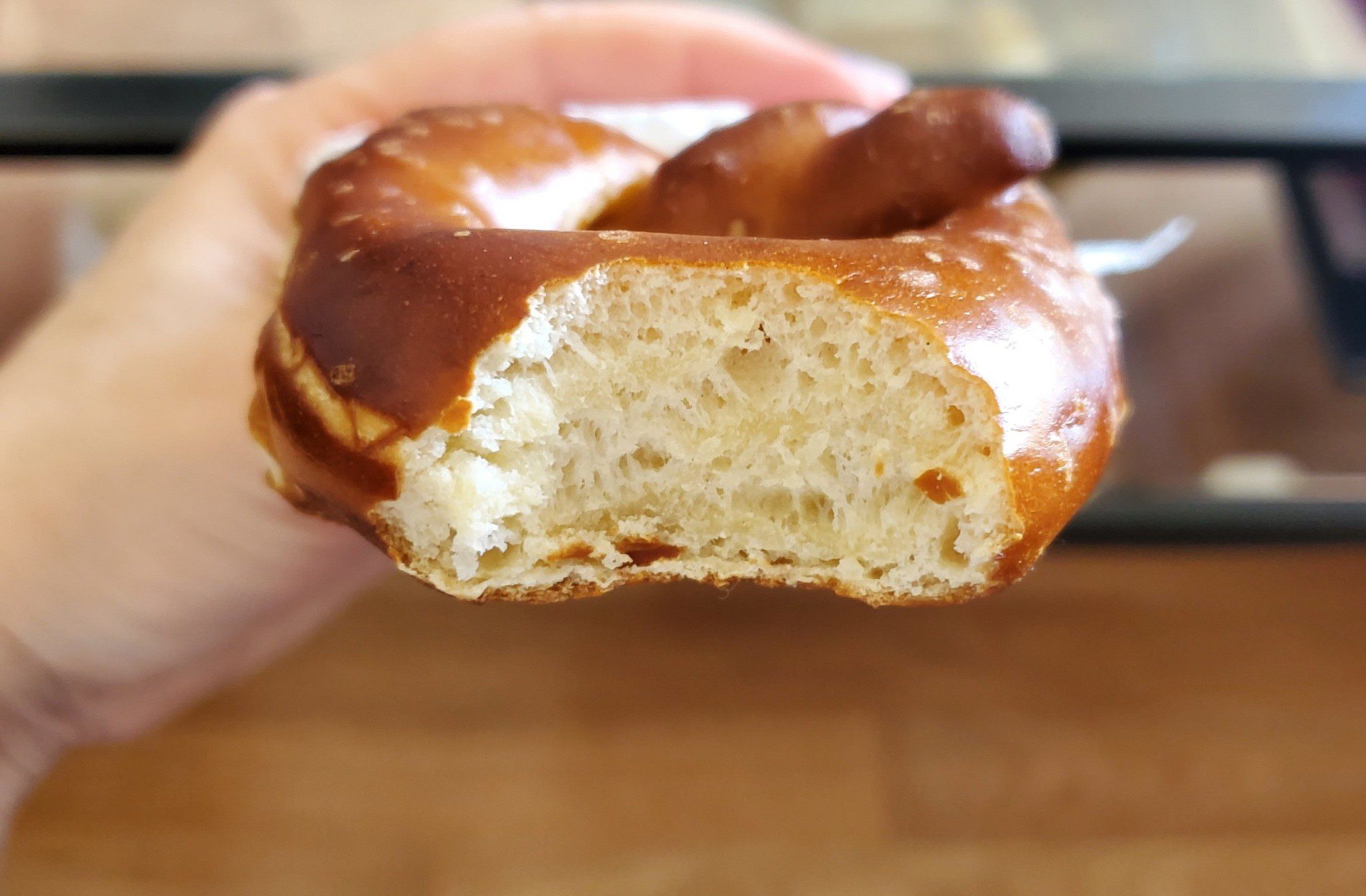 Philly soft pretzels are not big like Bavarian pretzels. They are shaped like figure-eights and baked close together that you have to tear them apart. They are dense and chewy, but have a slightly crisp exterior to provide a pop in each bite. They are moist, but never soggy; they are dense yet not heavy. They are delicious!

Shappy’s Pretzels also offers the soft pretzels in small bites, called Lil Albees, named after his 3 year old son Albee. These bite size pretzels have the same crisp crust and the doughy inside. They come with salt on top, or cinnamon and sugar. If you think ordering Lil Albees is safer than eating a full pretzel, just know that you cannot stop at just one. 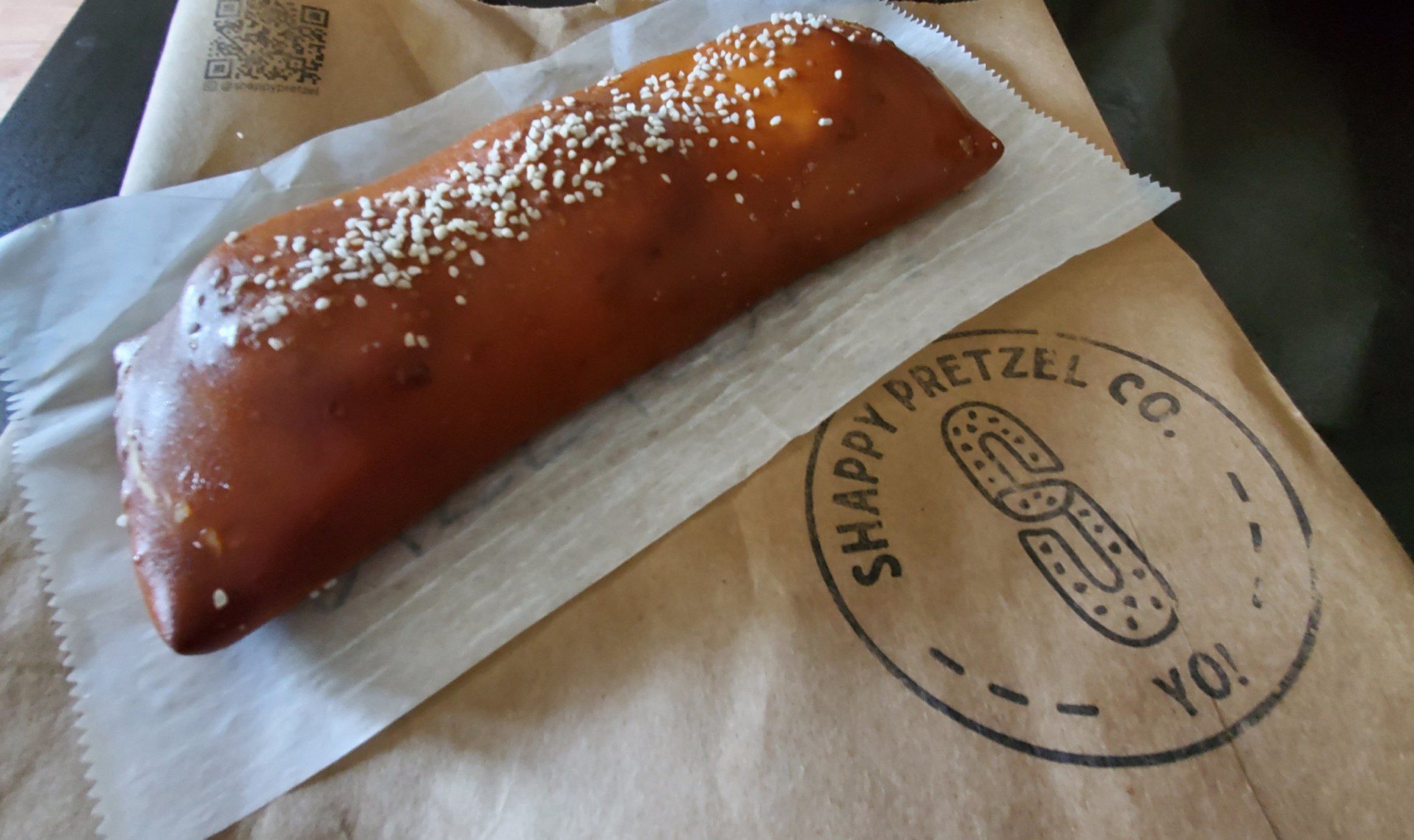 And, if you have a sweet tooth, try the OreYo stuffed pretzels. You get the crisp salty crust of the pretzel but instead of the pretzel dough, it is filled with two double stuff Oreos. The salty crunchy crust, the chocolatey cookie, and the sweet creamy filling make a perfect trio of sweet and salty decadance.

Today Adam does not know what his first, or second, business is. It is not easy to juggle and he never imagined that making pretzels would be a part of his life. He is passionate about acting and will continue to act. But, he loves making pretzels, telling me he is the happiest he has ever been and that Shappy Pretzel company fulfills him in a way that acting doesn’t. “In acting, you come in and do your job,” Adam explained. “Acting is like making the dough. But then you are not there for the baking, the seasoning, the selling, the marketing.” Running Shappy Pretzel Co is teaching Adam how to run a small business and how to manage a team. Acting is not something you can outsource and with Shappy Pretzel Co, Adam is building a team he trusts to help the business grow.

From Kitschy to Cool: Solvang, California

Windmills, souvenir shops, and pastry shops line the streets of Solvang in the heart of the Santa Ynez Valley. No…

There is never an excuse needed to drink sparkling wine. And, while you might think of Champagne or Prosecco when…