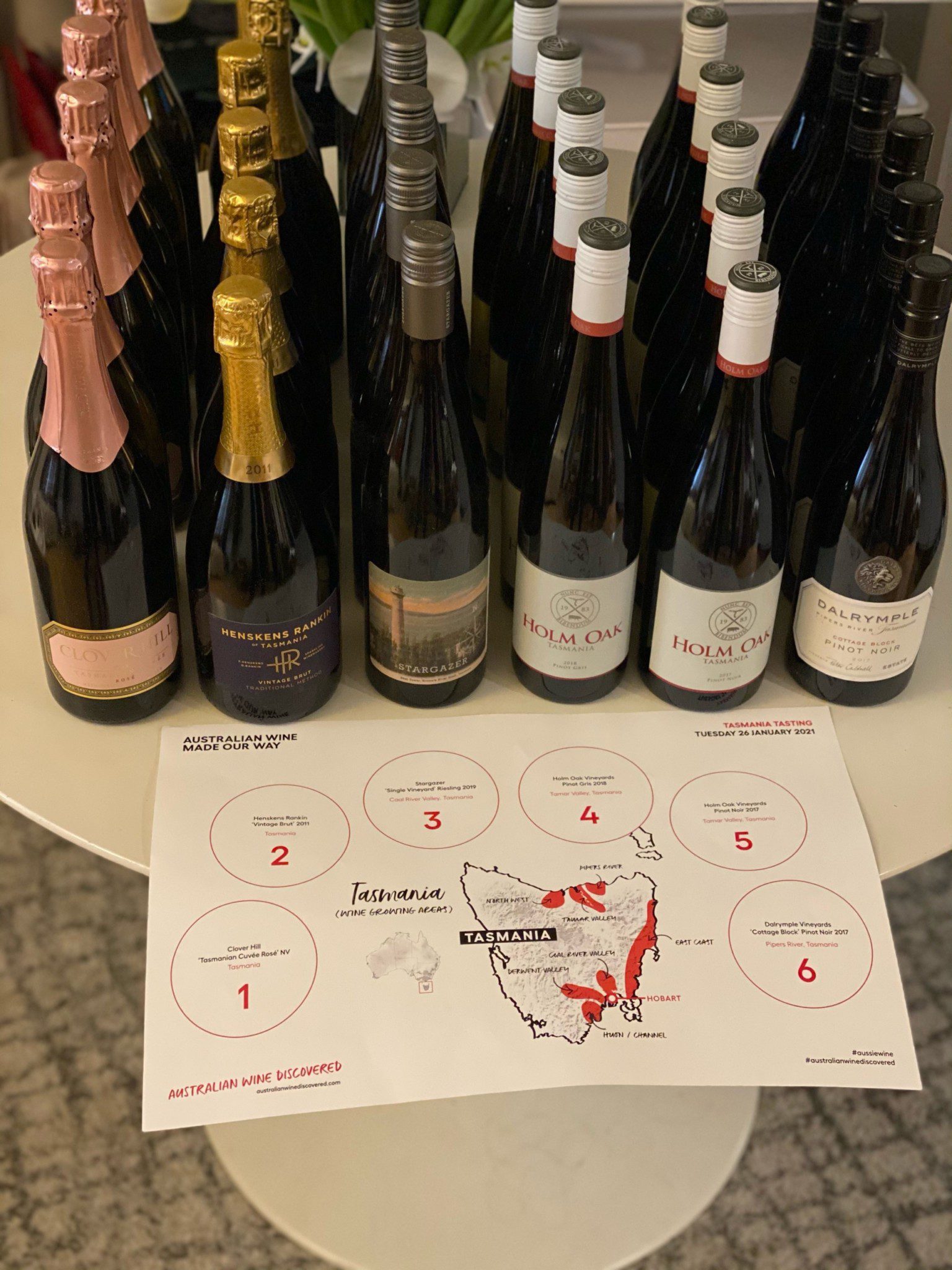 12 Oct Discovering Wines from Tasmania: 6 Bottles You Will Love

If you are looking for col climate, delicious wines, look to wines from Tasmania, the 26th largest island in the world and one of the seven states of Australia. While I have not visited Tasmania (yet), I loved tasting the wines which I wrote about for Alcohol Professor and share here. 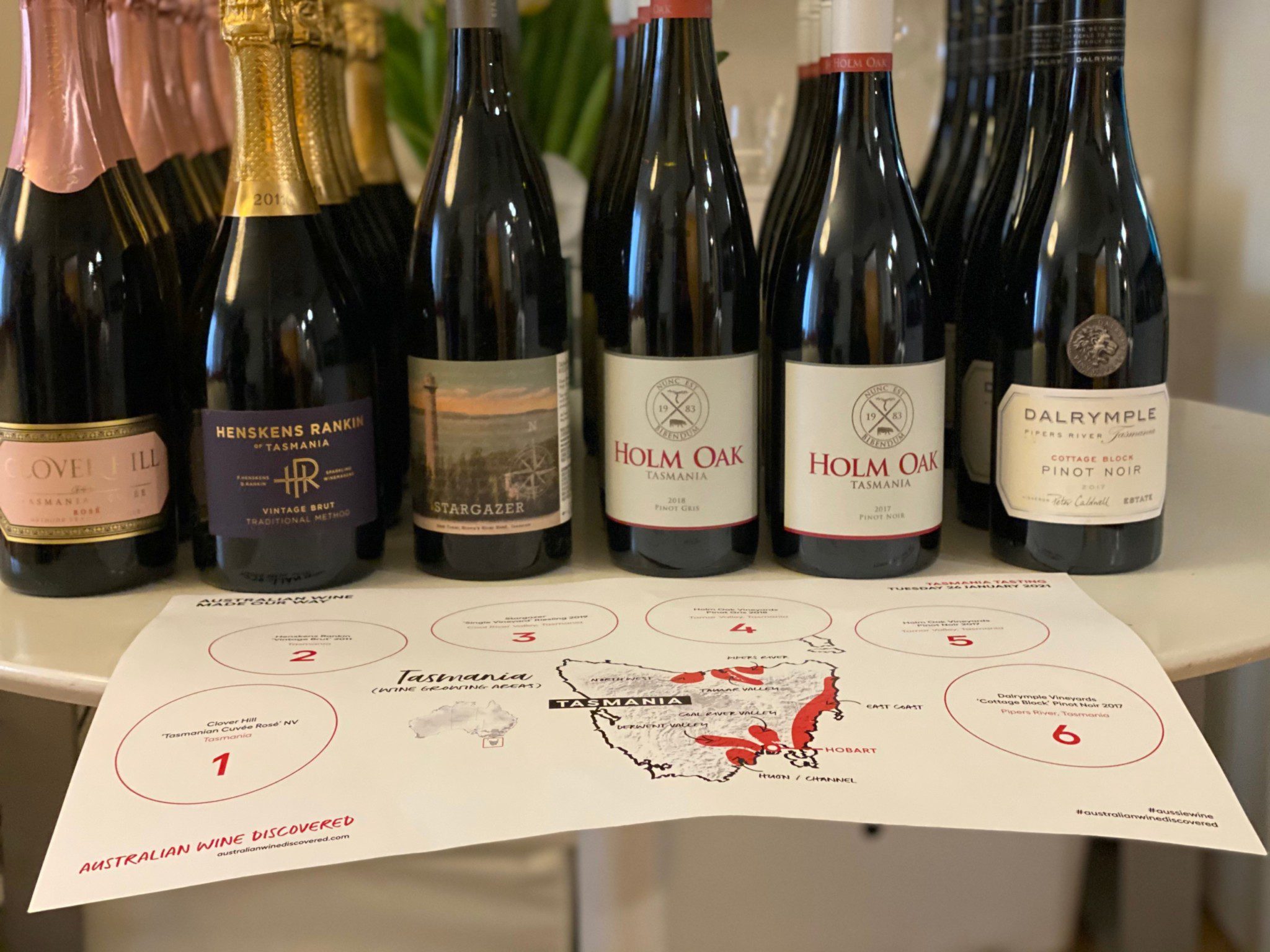 We honor the first nation, the original caretakes of the land by acknowledging the Palawa and Pakana people (Tasmanian Aboriginal community) as Traditional Owners of lutruwita (Tasmania). We pay our respects to elders past and present of the Nuenonne, Toogee, Peerapper, Tommeginne, Lairmairrener, Tyerrernotepanner, Plangammairrener, and Paredarerme nations, the traditional custodians of lutruwita. We recognize the history of truth. The impacts of European invasion and colonization upon the people of their First Nations resulting in the forcible removal from their lands. We stand for a future that respects and acknowledges Aboriginal and First Nation perspectives, culture, language, and history, and provides justice. 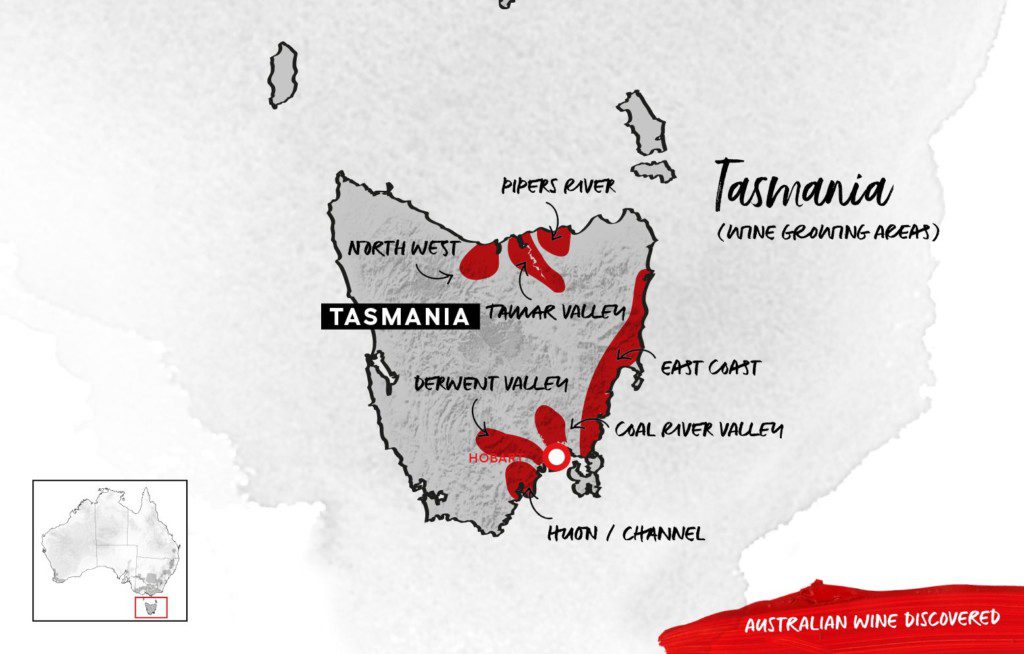 Tasmania is the island state of Australia. Located 240 kilometers to the south of the Australian mainland, Tasmania is actually the 26th largest island in the world. It is also one of the seven states of Australia, along with Western Australian, the Northern Territory, South Australia, Queensland, New South Wales, and Victoria.

Tasmania is approximately the same size as West Virginia but with 28% of the population. Tasmania may be known for having the cleanest air in the world, as well as beautiful scenery, but Tasmania was one of the earliest regions in Australia to be planted with vines, beginning in 1788. It was also a source for cuttings for the first vineyards in Victoria and South Australia. Tasmania is home to 160 licensed wine producers, 230 individual vineyards and 1702 hectares of vines.

The capital of Tasmania is Hobart and there are seven distinct wine-growing areas in Tasmania. The northern areas of the Tamar Valley, Pipers Raver, and Northwest are cooler than the Coal River Valley, Derwent Valley, East Coast, and Houn/Channel, which are a bit warmer and drier.

Tasmania is located at a more southerly latitude than other regions in Australia. It is influenced by the Tasman Sea, the Bass Strait, and the Indian Ocean, resulting in a maritime climate. Most of the vineyards sit at a low altitude below 328 feet. The soils also vary by region with gravelly basalt on a clay and limestone base in Tamar Valley and deep, free-draining, friable soils in Pipers River in the north and peaty alluvial and sandy low-humus soils in Coal River Valley, sandstone and schist in Derwent Valley, and volcanic soils in East Coast in the south.

Whether you’re planning a trip virtually or in person, these are the wines and wineries that should be on your list. Happily though Tasmania may feel remote, the wines below are all available in the US. 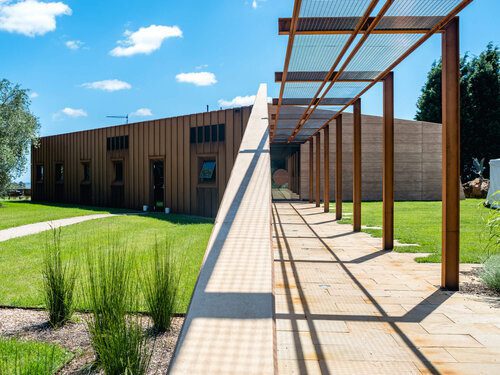 Clover Hill Tasmanian Cuvee Rosé NV
Located on a former dairy farm, the Goelet family established Clover Hill in 1986 with the sole purpose of producing world-class sparkling wine to rival that of Champagne. The NV rosé is made from 54% chardonnay, 43% pinot noir, and 3% Pinot Meunier. The dry farmed grapes are hand harvested, cold fermented and go through partial malolactic fermentation, following by two years on the lees. A salmon pink color with notes of strawberries and cherries, the wine is fresh and vibrant with a creamy mid-palate. 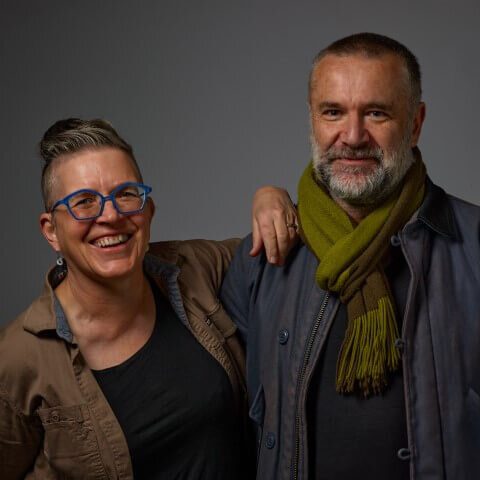 Henskens Rankin Vintage Brut 2011
Founded in 2010, Henskens Rankin is focused exclusively on sparkling wine production. They source fruit from sustainable growers across the island and approach all aspects of their winemaking with ethical principles. The 2011 Vintage Brut is a blend of 70% chardonnay and 30% pinot noir sourced from across Tasmania. The wine spends six years on the lees and then two more years before release. A pale-yellow color, the wine has intense aromatics of citrus, white flowers, roasted nuts, and a slightly oxidized note. On the palate, the wine is fresh with a chalky, mineral finish. 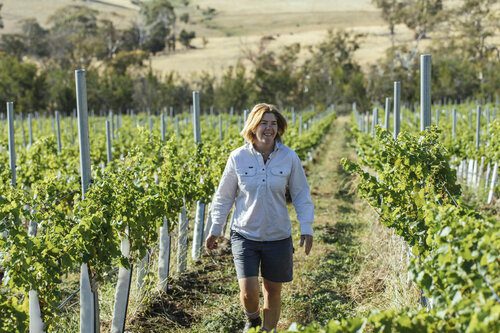 Stargazer Single Vineyard Riesling 2019, Coal River Valley
Paying tribute to Abel Tasman, a Dutch explorer and navigator who was the first to spot Tasmania, and later the South Island of New Zealand in 1642, winemaker Samantha Connew created Stargazer after working in New Zealand, Oregon, and mainland Australia. Her vineyard is located in the northern end of the Coal River Valley and is planted to riesling and pinot noir. With notes of fennel flowers, green apple, honey, and lime, the 2019 riesling has a touch of residual sugar that it balanced by the bright acidity. 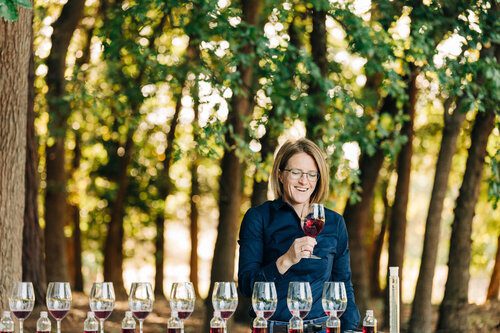 Holm Oak Vineyards, Tamar Valley
Holm Oak Vineyards, owned by winemaker Rebecca Duffy and viticulturist Tim Duffy, was once planted to Holm Oak trees. The trees were replaced with grape vines in 1983, making Holm Oak Vineyard one of the older vineyards in Tasmania. The Pinot Gris was picked at optimal ripeness and a portion was fermented in old oak barrels with indigenous yeasts, followed by time on the lees before bottling. The result is a rich and ripe wine with pear, stone fruit, and citrus notes, and natural acidity.

Holm Oak Vineyards Pinot Noir 2017, Tamar Valley
The Tamar Valley, with its maritime influence, gets less heat but more sun, allowing the grapes to ripen like they do in Burgundy. The 2017 pinot noir has red berry aromas of cherry, strawberry, and red currant, as well as brown spice, rose petal, and eucalyptus notes that continue on the palate. 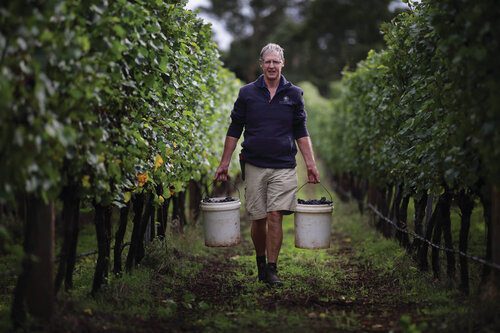 Dalrymple Vineyards Cottage Block Pinot Noir 2017, Pipers River
Established in 1987 by Bertel and Anne Sundstrup, Dalrymple Vineyards is in the Pipers River region in the northeast of Tasmania. The 2017 pinot noir has notes of black cherry, sour plum, violets, licorice, and spice that continue onto the palate which is savory with a long finish and grippy tannins.

Nero d’Avola is the most widely planted red grape on the island of Sicily and beloved for its flavors, juicy…

Summer is officially over and Fall 2021 is here. The weather has been slowly changing and harvest is underway around…