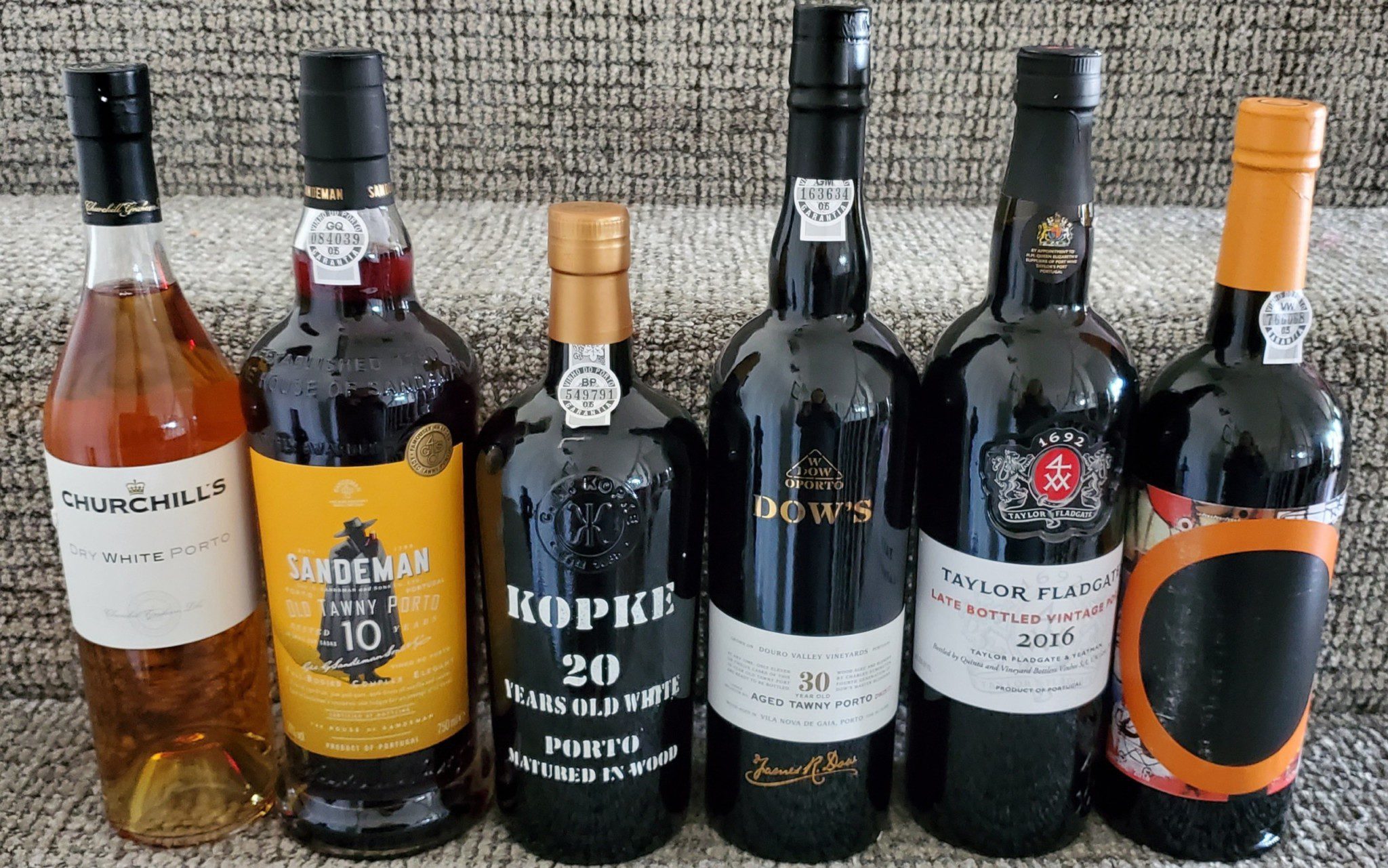 14 Dec A Port Style For Everyone

When planning a meal, different wines are selected for each course. We might start with sparkling wines, then have a white wine with the first course, a red wine with the second course, and finish with a dessert wine or fortified wine, such as Port. But Port is most than the rich, jammy, fortified dessert wine. Port is a wine that offers diversity of styles, and diversity of producers. From White Port to Tawny Port to Ruby Port and from 5, 10, 20, and 30 Years aged to Vintage Port, there really is a Port for every occasion and every palate as I wrote about in the Napa Valley Register and share here.

Port, the fortified wine from Portugal, is often thought of as a beverage to drink at the end of a meal, either sipped on its own or enjoyed with dessert. But the world of Port is versatile, offering a diversity of styles as well as a diversity of producers.

Produced in the Douro Valley in the north of Portugal, Port is known as a sweet, rich wine. But there are various styles of Port, from dry to sweet and from white to red to tawny. It is this diversity of styles that allows for the moment and time, the food, the mood, and the people to dictate when to drink.

Churchill’s Port was founded in 1981 by John Graham, who named the company after his wife Caroline Churchill. The youngest of the classic Port houses, they were the last company established in Gaia, the city located across the river from Porto. Churchill’s, known for a more modern, drier style Port, only makes one white port, the Dry White Porto. The white port is a blend of Malvasia Fina, Rabigato, Codega, and Viosinho. It spends 10 years in wood and through the clear glass bottle, you can see the light golden color. The nose has notes of orange peel and on the palate, it has flavors of dried fruits, dates, nutmeg, and citrus. It is light-bodied and fills the mouth without being aggressive. Fresh with a long finish, drink this wine chilled.

Food Pairings: Smoked salmon, olives, roasted almonds, or use it in a Port Tonic or White Negroni

The oldest Port wine house, Kopke was established in 1638 by a German family. It is made from a blend of traditional Douro grapes that are grown in schist-sandstone soils at high elevations. Aged in oak casks for variable periods with the average age of the wines being 20 years old, the wine is a bright amber yellow color. It has the aromas of dried fruit, orange peel, toasted almonds, and spice. In many ways, due to the age, it has notes like Tawny Port but without the tannins of a red wine. On the palate, the wine is smooth and elegant with a long, rich finish.

Founded in 1790, Sandeman has always been located on the waterfront in Gaia where it is cooler than in the Douro. The climate affects the wines, resulting in a consistent freshness and smoothness. The 10 Years Old Tawny Port is a blend of Tinta Amarela, Tinta Barroca, Tinta Roriz, Tinto Cão, Touriga Franca, and Touriga Nacional. A brick red color, it has a wide range of aromas and flavors, including dried red currant, quince jam, caramelized red fruit, prune, nutmeg, and vanilla. It is rich in flavor but not heavy on the palate and is very pleasing to drink.

A part of the Symington family since the early 20th century, Dow’s was founded in 1789 by Bruno da Silva, a Portuguese merchant from Porto. The Old Tawny Ports are aged in the company’s cellars in Gaia where they benefit from the moderate coastal climate. The 30 Years Old Tawny Port is a rare Port, as there are only six or seven casks in the cellar at any one time that can be used to make this wine. A beautifully elegant wine, it is complex with aromas of citrus, dried fruit, roasted nuts, cigar box, cardamom, and nutmeg. Even with the age and notes of oxidation, the wine is very fresh and alive.

Food Pairings: Slightly chilled, drink on its own for dessert, or pair with pecan pie, almond biscotti, or almond cake. Enjoy with dark chocolate or a creamy, but not too sweet, dessert, or an aged hard cheese.

A young Port house, Conceito is a family-owned business. Established in the mid-2000s, owners Carla Costa Ferreira and her daughter, and head winemaker, Rita Ferreira Marques, founded the company to look after the family vineyards. Located in the Tedo Valley, their 86 hectares of vineyards sit at altitudes 400-650 meters high. The 2016 Vintage Port is a field blend of Touriga Nacional, Touriga Franca, Tinta Roriz, Tinto Cão, and Tinta Barroca. 2016 was a challenging year with a dry fall but then lots of rain in the winter and a hot summer. The grapes matured slowly and were aged in stainless steel, resulting in a dark ruby colored, well-structured wine with violet, spice, herbal, and even meaty notes. The wine is young and can be laid down to age. But if drunk now, it is concentrated with vibrant fruit, spicy tannins, and a freshness on the palate.

Established in 1692, Taylor Fladgate is one of the oldest of the founding Port houses. Sixth generation Port maker David Guimaraens is head winemaker and a member of one of three families that own Taylor Fladgate. The category of Late Bottled Vintage Port was pioneered by Taylor Fladgate in the 1970s. At the time, the only Port with a date on the bottle was Vintage Port. But consumers wanted a vintage wine that was fruity and could be drunk any time. The vintage LBV wines is bottled late, approximately four to six years after harvest, and then aged in large casts. The 2015 LBV is a full-bodied, fruit forward wine with notes of cassis and spices. It is dense and luscious with soft tannins and a long finish.

As you can see, the world of Port is vaster than just Ruby and Tawny. With a diversity of styles and flavors, there is a Port for all occasions.

In April 2021, the wine world lost a legendary figure in Piemonte wine, Pio Boffa, who died after a short…

Please The Palate Pick of the Week: ON CALIFORNIA - From Napa to Nebbiolo...Wine Tales from The Golden State

As we start buying presents for our friends and family for the holidays, what do you get the wine lover?…