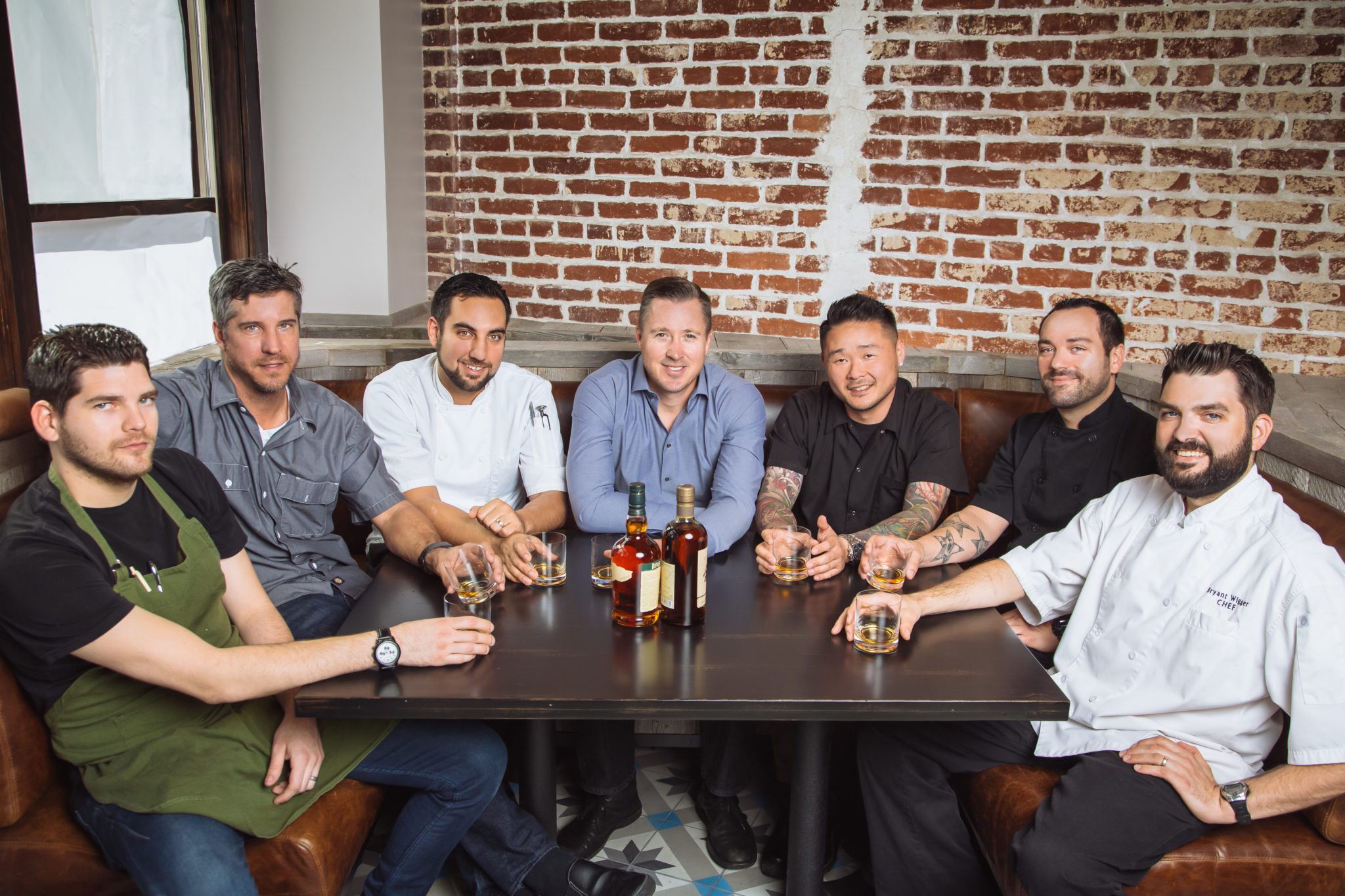 29 Sep A Look Inside The BlackHouse Hospitality Group

Chef Tin Vuong is a visionary. He began as the Executive Sous Chef at the St. Regis Hotel in Monarch Bay where he worked for five years before moving on to Director of Culinary Operations at Sapphire in Laguna Beach. With his vast hotel experience, in January 2012, Vuong joined the restaurant Abigaile in Hermosa Beach as Executive Chef and BlackHouse Hospitality, a Los Angeles-based restaurant and hospitality group, was born.

The team behind BlackHouse Hospitality is Chef/Owner Tin Vuong, Managing Partner Jed Sanford and Director of Operations Scott Young. Each restaurant within the group has its own identity and is run by a different Executive Chef, Sous Chef and General Manager. Chef Vuong and his team create the ideas for the menu, plating, service protocol and menu design and layout. They then find the chef who fits that vision. For the first three months of every restaurant opening, Chef Vuong and the Executive Chef work very closely together. The Executive Chefs then run the kitchens as their own.

BlackHouse Hospitality Group is centralized in the South Bay but with expansions to Culver City and Downtown LA, they are not limited as to where they open restaurants. Director of Operations Scott Young explained that the “vision is to find a good location that is feasible financially.” Once a location is found, the restaurant concept is envisioned within the group. “The key is to fit a niche within a neighborhood and to play to our strengths,” Young continued.

Abigaile is a global gastropub serving New World American cuisine. The large space with a high ceiling was previously a church and then the rehearsal space of the band Black Flag. Perched on a hill just above Hermosa Avenue, the outdoor patio offers a view of the ocean and inside is an on-premise brewery.

Located just around the corner from Abigaile, Steak and Whisky is the first high-end steakhouse in the South Bay that is not an existing chain restaurant. With exposed brick, leather banquets and a 1960’s themed tile floor, the restaurant is rustic and sexy but also quintessential beach-town with guests in casual shorts and t-shirts. The five seats around the gray marbled front bar are the centerpiece of the restaurant which offers 125 whiskies and more than 200 wine options.

On Hermosa Avenue, a few more steps from Steak and Whiskey, is the colorful and inviting Dia de Campo. This restaurant features a seafood-centric, Baja influenced menu of small plates great to share with friends. Dia de Campo features more than 100 tequilas and mezcals.

The first restaurant in the group that is outside of the South Bay, Wildcraft is a modern Italian tavern in the heart of Culver City. Inside it is mid-century modern but the outdoor patio is casual and friendly, perfect to watch the passersby as pizzas and meats come from the wood-burning oven. The wine list at Wildcraft is focused on California and Italian producers and the cocktails are seasonally driven.

Director of Beverage Dave Keenan oversees the cocktail programs at each restaurant. With different cuisines, the cocktails creatively match the menus – fresh seasonal drinks at Wildcraft to tequila cocktails at Dia de Campo.

A second location of Little Sister is opening in Downtown Los Angeles in fall 2015. This is the first duplicate restaurant for the BlackHouse Hospitality Group but the menu will vary slightly from the Manhattan Beach menu. The revitalization of Downtown LA is filled with adventurous diners which allows Little Sister to offer unique ingredients and bolder flavors. The Downtown location will also serve breakfast and lunch daily, catering to a neighborhood that requires take out and power lunch locales.

Having a background in hotels, Chef Vuong has an ability to see both the big picture and the small picture. As Young expressed, “We are a business at the end of the day. His ability to dive down deeper into the financial health of a business is very beneficial.” With five different concepts, and more on the way, BlackHouse Hospitality Group is very streamlined while managing the various needs of each concept. They are making everything they can in-house and maintain a high quality throughout each restaurant while keeping the ideas fresh and independent of one another. Young concluded, “We are doing what we think we are best at. We put out a product that we think is great and good for each neighborhood. This is what we are passionate about.”

This article originally appeared in the Napa Valley Register (October 2, 2015). When one thinks of pinot grigio, one might think…