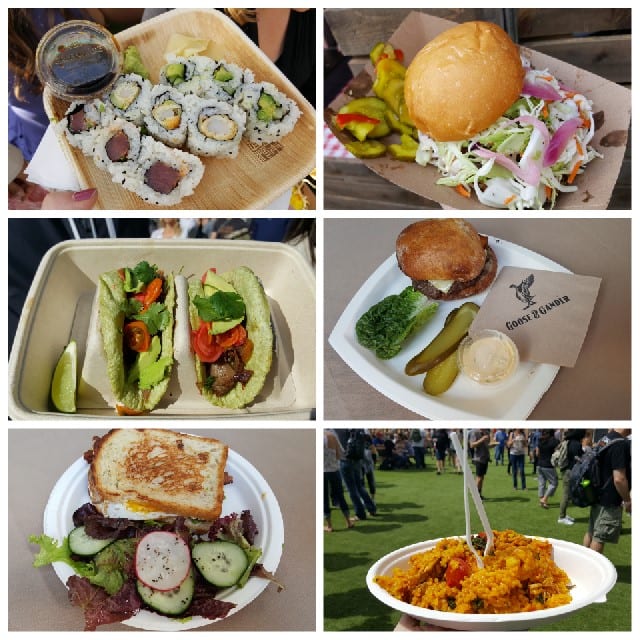 01 Jun Went to BottleRock for the music, stayed for the food

Tens of thousands upon tens of thousands descended upon BottleRock 2017 for three days of non-stop music on four stages. But in between top name artists to the likes of Maroon 5, Foo Fighters, Tom Petty and Ben Harper, to name a few, there was plenty of food and wine and beer and cocktails to enjoy. 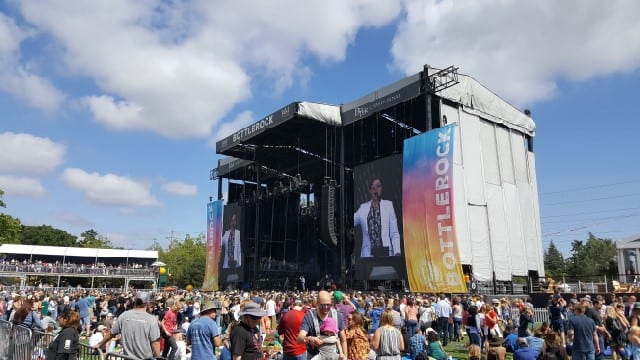 Many of the the Napa Valley’s best-known restaurants were on display including La Toque, Oenotri, and Angéle La Taberna, Redd Wood, Minimashi, Goose & Gander, Morimoto, 1313 Main. Between the restaurants and the food trucks, there were close to 100 vendors serving flavorful dishes.

We were there for the music but just as obsessed with the food. As the music played and we wandered from stage to stage, we stopped at different stands and picked up dishes throughout the day and into the night. It was ideal to be with a group of friends as that enabled us to fan out and select multiple offerings. We would then gather at one of the many communal picnic tables in the shade and enjoy the food while music played in the background.

Whether you live in Napa or where just visiting, the selection of restaurants was enticing. I spoke with Lynn, a woman from Manitoba, who was there with her husband and another couple. They came to Napa for their first time last year and came back this year specifically for BottleRock. As she explained, “We came for the line-up of musical performers but the food is amazing as well. There is a huge selection.”

Whatever you were in the mood for, you could have it. There were burgers, fried chicken sandwiches, pulled pork sandwiches and wood-oven pizza. There was also sushi, ramen, salads, paella, falafel, nachos and tacos. And, of course, there were sweet treats such as pastries, ice cream and cupcakes. In addition to the diversity, what was most impressive was the wait times. With a few exceptions, the long lines were only five or 10-minute waits. And once the food was ordered, it was cooked to order but would be ready in under 10 minutes, sometimes even immediately.

Of the offerings, here are a few of the standouts we enjoyed: 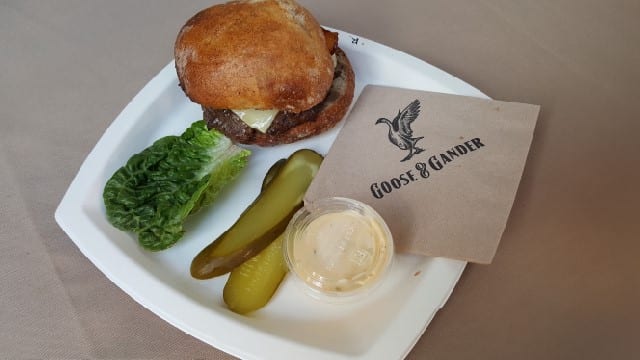 — Goose & Gander’s G&G Burger ($18) The grass-fed beef was well-flavored, perfectly cooked and one of the favorites of the festival. It was topped with gruyere, bacon, remoulade and a pickle and sat on a dense brioche bun. For an additional $10, you could add a foie gras mousse to the burger. 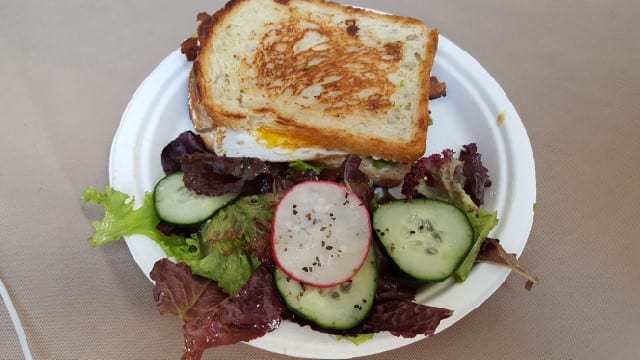 — The Farmer’s Wife’s Chile Maple Bacon, Avocado, Farm Egg, Pepper Sauce and Chevre Sandwich ($20). This simple looking sandwich on grilled sourdough was packed with ingredients and was another favorite find. 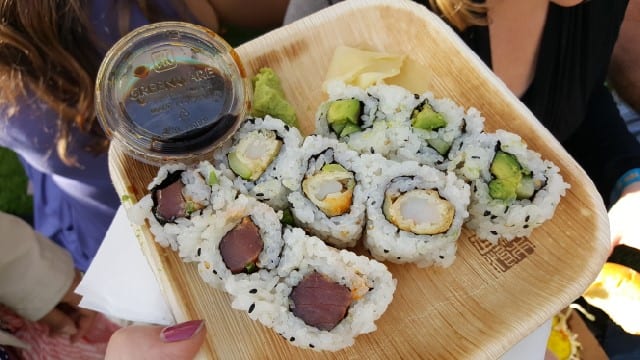 — Morimoto’s Maki Plate ($20) The chef’s selection of sushi rolls was made fresh to order and great to share. 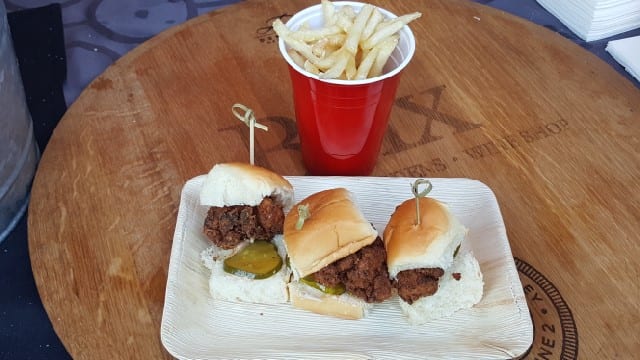 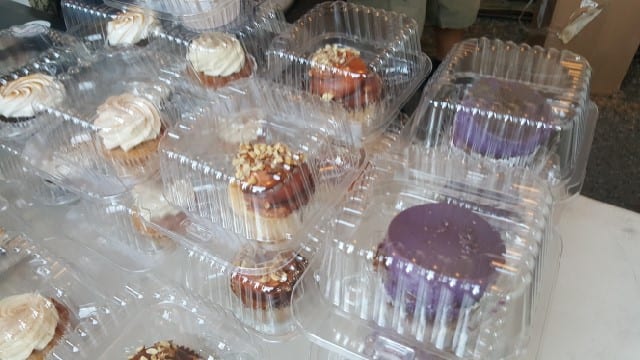 — Marley’s Treats’ Cupcake Flan ($5). The East Bay bakery’s ube (purple potato) cupcake with ube flan on top was my favorite dessert. The flan was dense but not heavy and there was just a touch of sweetness. A perfect finish to the end of a day of eating.

Some of the other dishes we enjoyed:

The selection and quality of food at BottleRock exceeded my expectations as did the prices. Dishes averaged $16 to $20. After spending hundreds of dollars on a festival pass, perhaps people do not mind spending $100-plus per day on food and drink. But some festival attendees I chatted with while at the communal tables agreed that the food was very good but overpriced. That said, we were ready to spend, and in the end, our palates were as pleased with the food as our ears with the music. The diversity and quality of the food at BottleRock 2017 was a perfect pairing with the music.

This story originally appeared in California Winery Advisor. Are you ready to see the vineyards in a hot air balloon Napa…

This story originally appeared in California Winery Advisor. Are you ready to see the vineyards in a hot air balloon Napa…