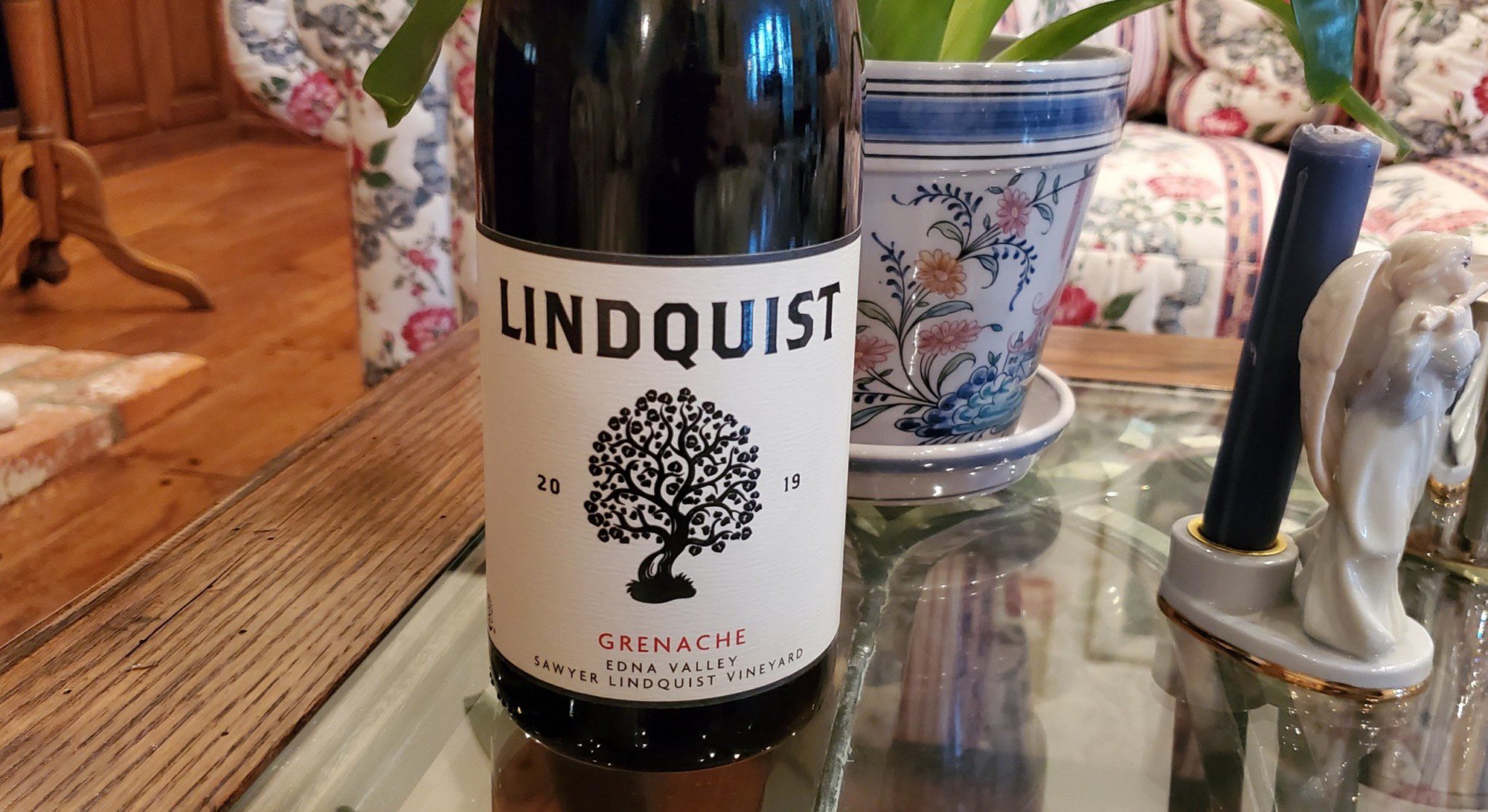 The Edna Valley, located on the south-western corner of San Luis Obispo County on California’s Central Coast, is north of Santa Barbara County but south of Paso Robles. Sitting only five miles from the ocean, Edna Valley has a cool climate and a long growing season. It is an area best known for Chardonnay and Pinot Noir but Rhone grapes such as Syrah, Grenache, and Viognier are also doing well. As I was sipping the Lindquist Family 2019 Grenache from the Sawyer Lindquist Vineyard in the Edna Valley, the Please The Palate wine of the week, I was reminded how much I love cool-climate Grenache. 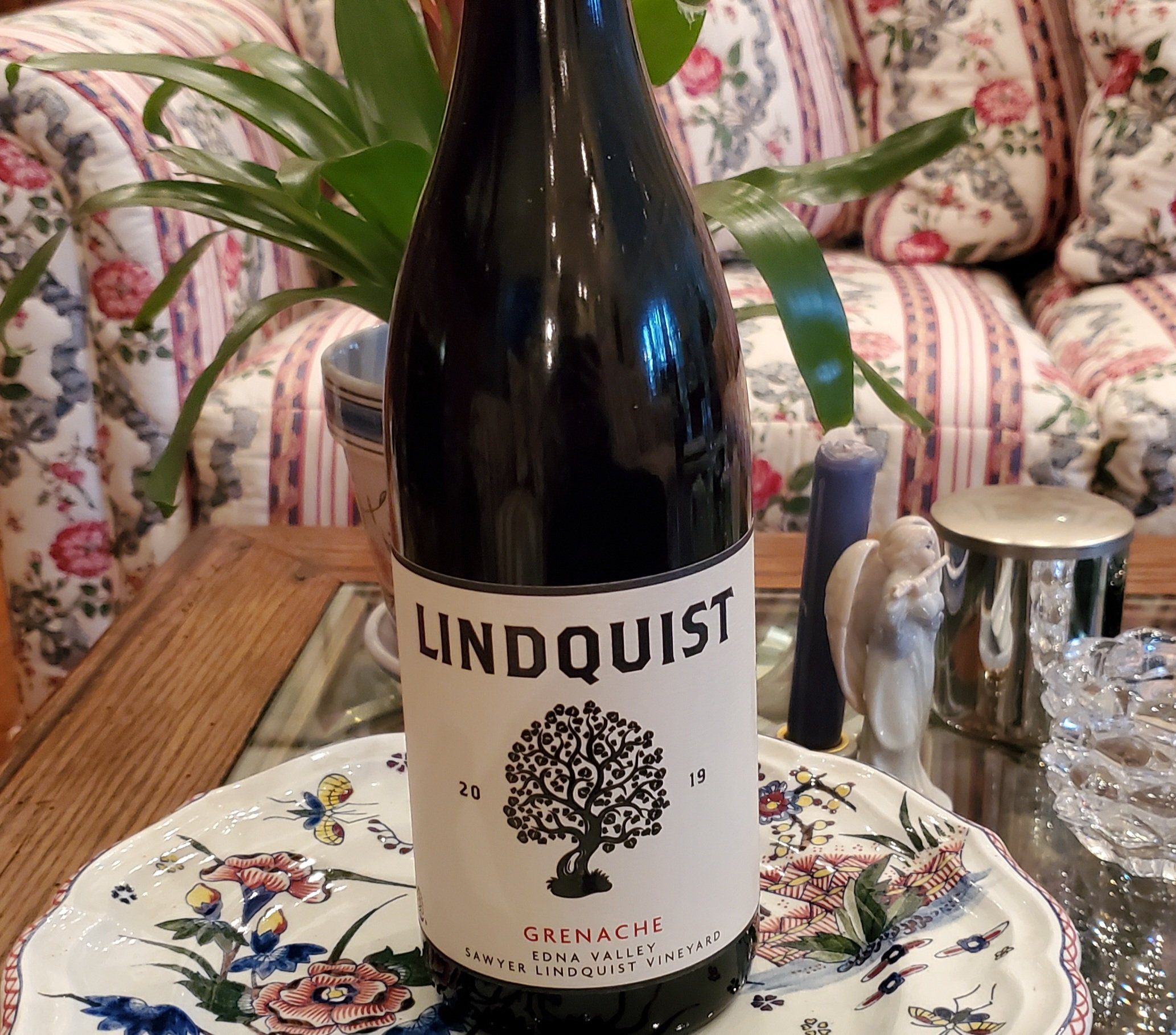 The Lindquist Family 2019 Grenache is 80% Grenache and 20% Syrah sourced from the Sawyer Lindquist Vineyard in Edna Valley. Demeter Certified Biodynamic, the Sawyer Lindquist Vineyard was planted by Bob Lindquist and Louisa Sawyer Lindquist in 2005. The Grenache is from a clone that they got from Tablas Creek, and the Syrah is a mix of clones: Alban, Estrella River and Clone 1. The grapes were picked and 33% whole cluster was included in the open top tank with native fermentation. After the grapes were pressed, they were aged in neutral French oak barrels and aged for 10 months on the lees. The final blend was made before bottling. 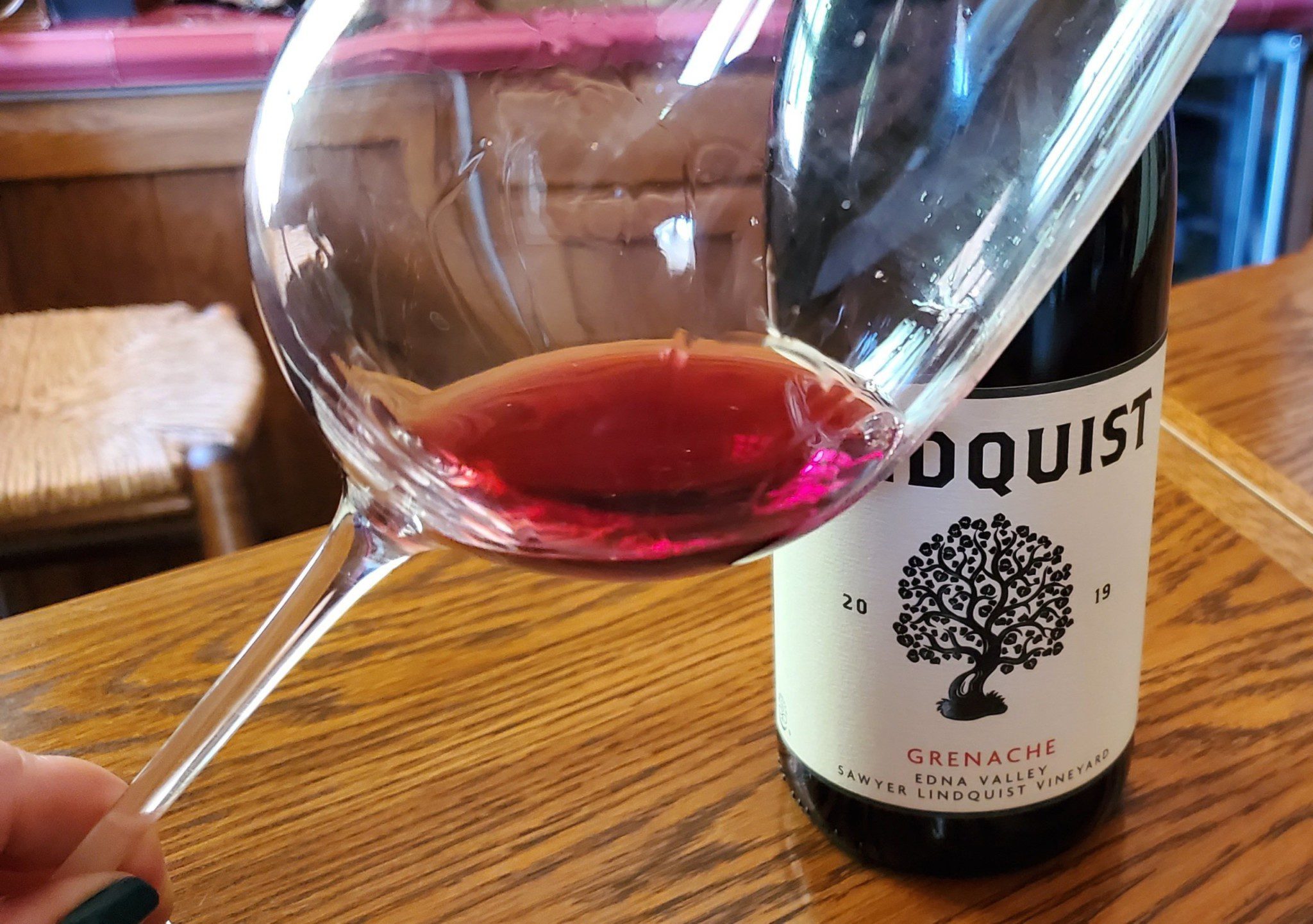 This wine is a gorgeous bright cherry red color. The nose is vibrant with aromas of wild cherry, pomegranate, black raspberry, baking spices, and earth. A classic expression of cool climate Grenache, the wine, with soft tannins, is elegant, juicy, and just plain delicious.

Only 120 cases of the Lindquist Family 2019 Grenache, Sawyer Lindquist Vineyard, Edna Valley were produced and the wine retails for $40.

This year has taken off as a sprint! After two years of calm and quiet at home, I am back…

Roussillon is a small region situated along the Mediterranean coast of France. Roussillon is part of the Occitanie region, the…

Roussillon is a small region situated along the Mediterranean coast of France. Roussillon is part of the Occitanie region, the…