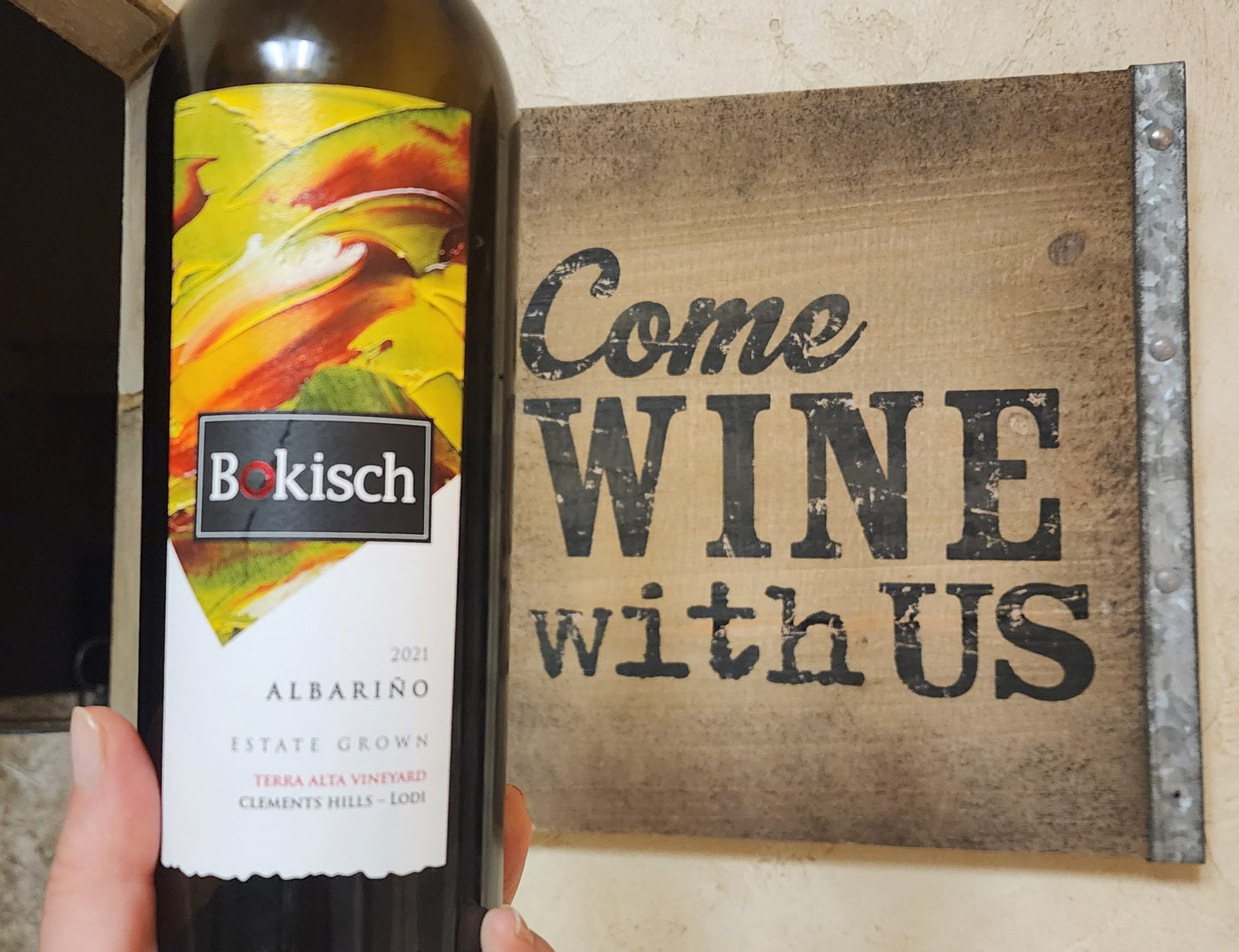 Posted at 09:40h in Wine by Allison Levine
0 Likes
Share

Albariño is a thick-skinned green grape varietal best known as the primary variety in the wines of Rias Baixas, as well as in Vinho Verde in Portugal. Outside the Iberian Peninsula, Albariño is planted in the United States, including Los Carneros, San Luis Obispo County, Napa County, Santa Ynez Valley, and Lodi. In 2002, there were only two acres of the Spanish grape planted in California and according to the latest California Grape Acreage Report, that number reached 259 planted acres in 2013 and 466 acres of bearing vines in 2021. One of the first in California to plant Albariño was Liz and Markus Bokisch who planted their first acre of Albariño in Lodi in 1998. Today they make four expressions of Albariño and one of them, the Bokisch 2021 Albariño from the Terra Alta Vineyard in the Clements Hills in Lodi, is the Please The Palate wine of the week. 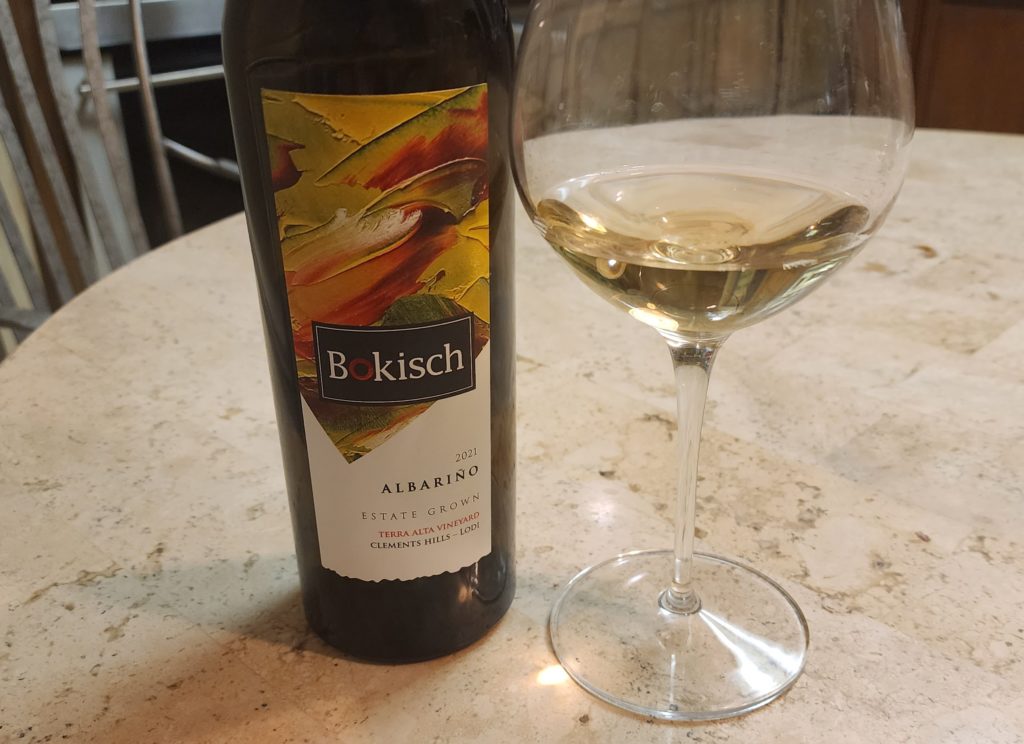 Markus Bokisch’s German father and a Spanish mother met in Paris as exchange students. They moved to California where Markus was raised, but every summer he returned to Spain for periods of three months. While he grew up around wine, he never thought wine would be his career. Liz Bokisch was born and raised in Napa Valley and she became a teacher but she grew up around wine as her father was a home winemaker.

Liz and Markus bought their property in the Clement Hills in Lodi in 1995. Having spent summers in Barcelona, the nearest wine region was Terra Alta. So, they named their vineyard the Terra Alta Vineyards. 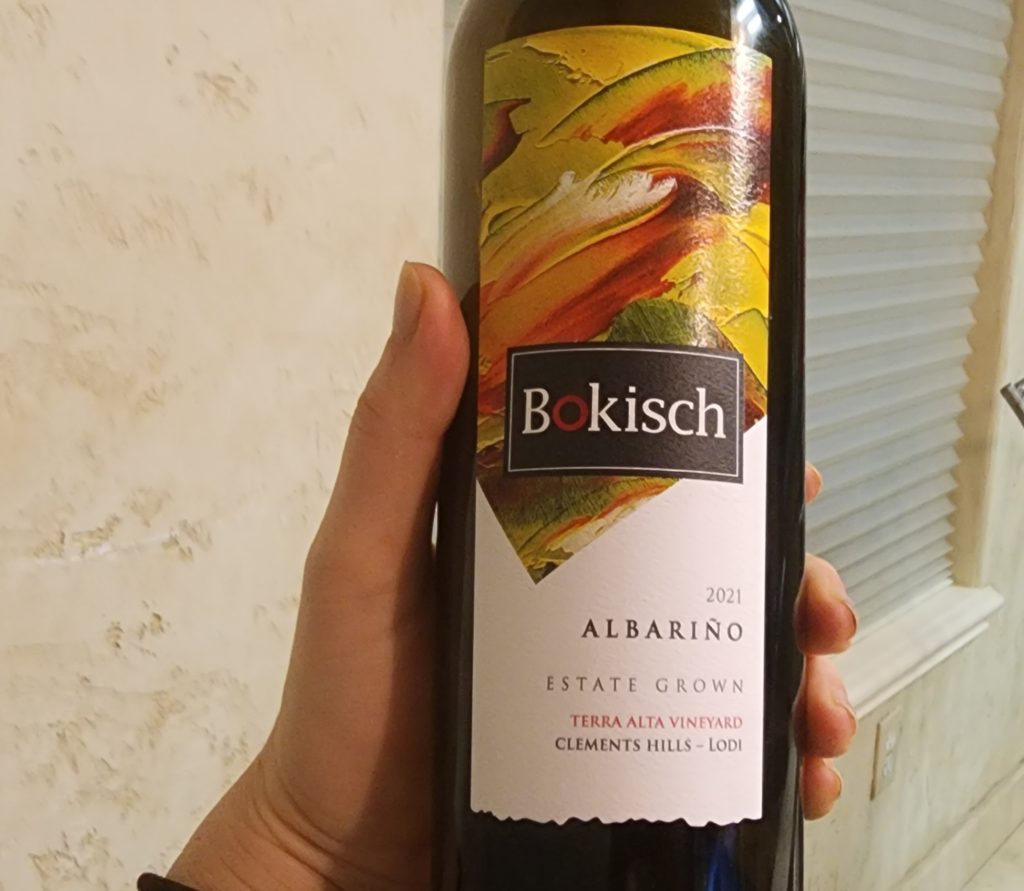 In 1998, Markus imported budwood from specially selected vineyards in Spain. They first planted their Las Cerezas Vineyard with Spanish varieties, with one acre each of Albariño, Tempranillo and Graciano. Today they have Albariño planted in three vineyards – Las Cerezas, Terra Alta, and Andrus Island Vineyards – and they make single varietal wines from each of these.

The Terra Alta Albariño is the most Spanish in style. The bud for the vineyards came from Rias Baixes where there are granitic soils. The Markus’ found similar soils and conditions in the Terra Alta Vineyard. The wine is 100% Albariño, fermented in stainless steel, and does not undergo malolactic fermentation. The wine is very aromatic with hints of tangerine, lemon rind, stone fruits, green apple, and minerals and tingling acidity. 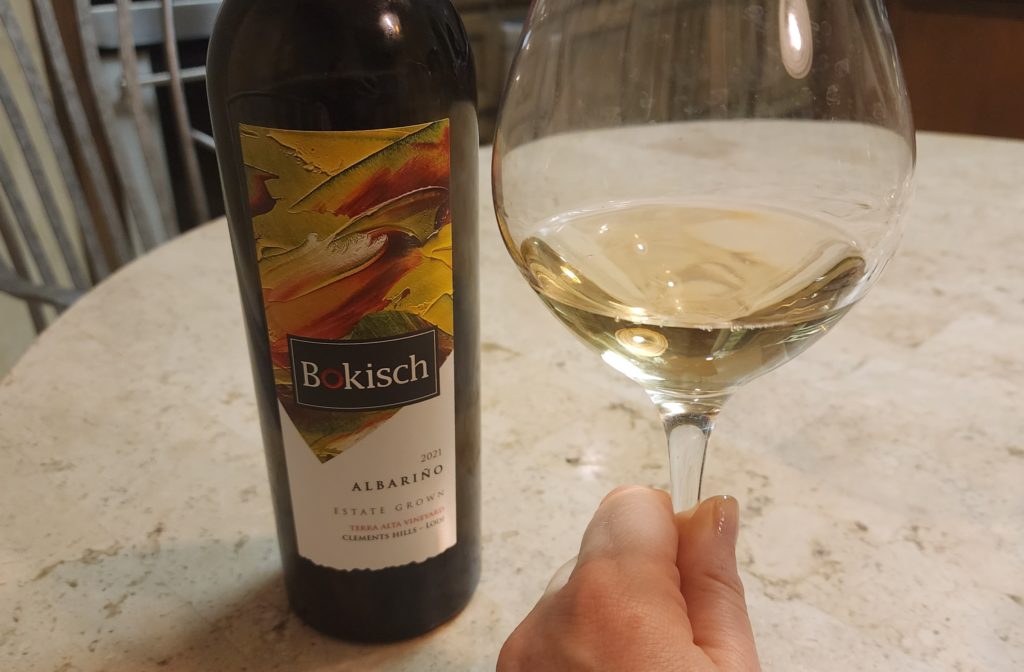 The crispness and freshness of the Bokisch 2021 Terra Alta Vineyard Albariño, which retails for $24, is ideal for pairing with fresh seafood, green salad with Manchego cheese, almonds, and tapas.

Please The Palate Pick of the Week: Lunch with Vicky González Gordon of González Byass

While in NY this week, I was invited to join Vicky González Gordon of González Byass for lunch. I was…

Please The Palate Pick of the Week: March Restaurant in Houston, Texas

Houston, Texas is home to the most diverse population of citizens in the country. And with James Beard Award winning…

Please The Palate Pick of the Week: March Restaurant in Houston, Texas

Houston, Texas is home to the most diverse population of citizens in the country. And with James Beard Award winning…