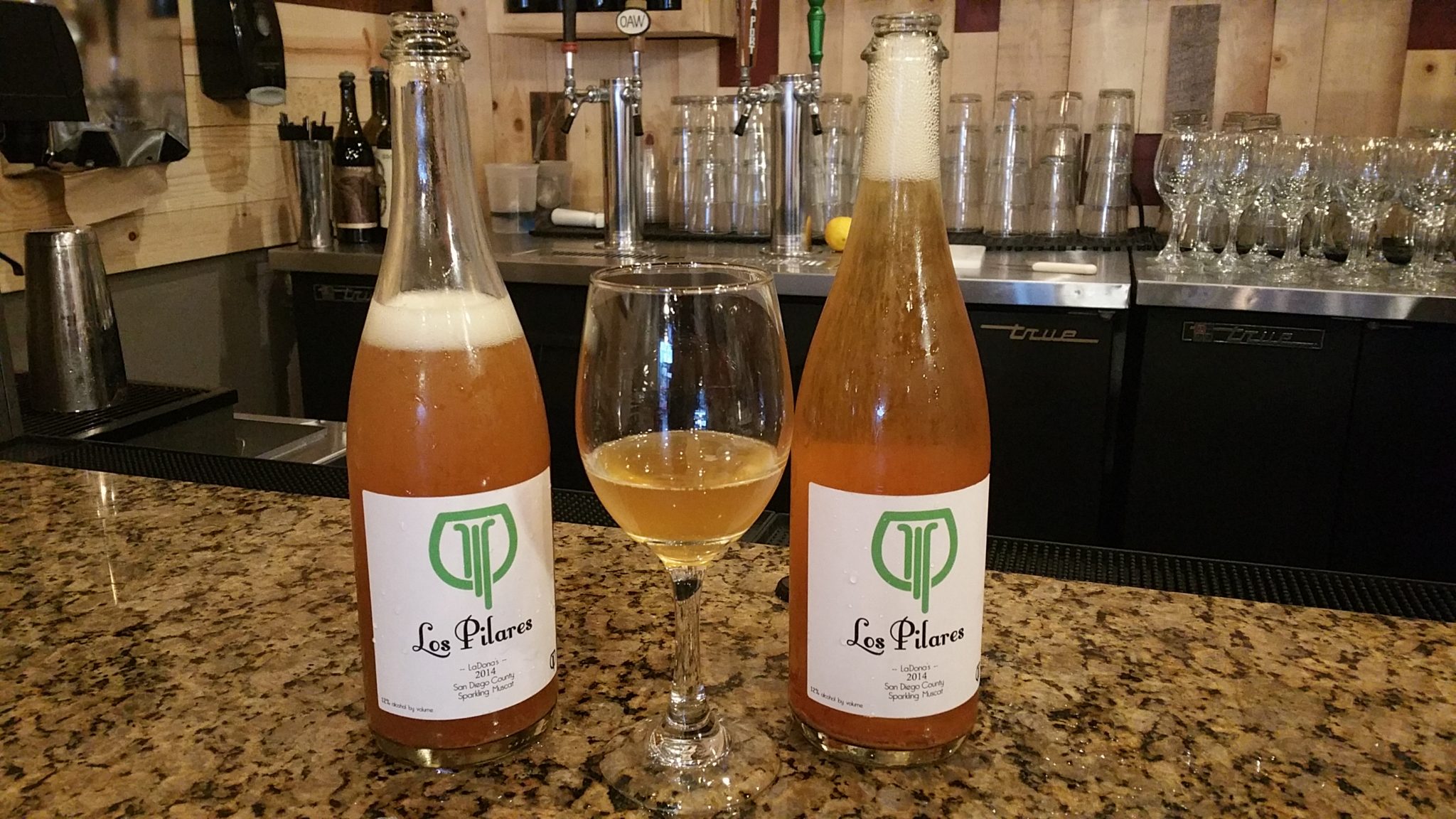 At a dinner recently, I was handed a glass of orange wine. To be specific, it was a dry muscat pét-nat, short for pétillant-naturel, a slightly sparkling natural wine. Orange wine being a trend in the wine world these days, I expected to be told that it was from Italy, Slovenia or Georgia. Instead, I was told it was from San Diego. Yes, you heard me correctly — San Diego, the beach city at the bottom of California.

Actually, San Diego was the first area in California where vineyards were planted and wine was produced. Dating into the 18th and 19th centuries, California’s first mission, Mission San Diego de Alcalá, was producing wine.

Today, San Diego is home to more than 115 wineries. And, San Diego County is home to two AVAs. The San Pasqual Valley AVA, established in 1981, covers 9,000 acres on the banks of the San Dieguito River near Escondido. The Ramona Valley AVA, established in 2006, includes 89,000 acres surrounding the town of Ramona. Both of these AVAs fall within the larger South Coast AVA that stretches from Malibu to the Mexican border, which includes San Diego.

The pét-nat I was sipping was from Los Pilares, a winery started by four garagiste winemakers who were tennis friends. After a game of tennis one day, they thought, why not bring natural wine to the forefront? So, Michael Christian, Pelin Thorogood, Jay McCarthy and Coleman Zander started Los Pilares, producing their first vintage in 2010.

According to Michael Christian, San Diego has the conditions needed to make good wine – wind, fog and elevation. Michael also feels that “the typical granitic soils show the promise of a San Diego terroir.”

But, San Diego does not have a wine culture. This leaves the door wide open for Michael and his partners to do whatever they want and that is what they are doing. They are challenging the conventions of traditional winemaking by focusing on pre-industrial, minimalist methods of wine production.

They focus on grapes that are grown sustainably, without chemical pesticides or herbicides. In the winery, they use ambient yeast fermentations, little or no sulfur, no added sugars, no coloring agents, tannins or acids and no new oak.

They experiment freely, trying different fermentations, such as whole-cluster, whole-berry, carbonic, foot-stomped, crushed and destemmed. Sometimes they press early and sometimes they extend the maceration period. As Michael explained, “We can make what we want and can afford to try things.”

The 2015 La Dona Sparkling Muscat comes with a crown cap and is only 12 percent alcohol. This wine spent three days fermenting on skins and stems. No sulfur dioxode is added and it is undisgorged, unfiltered and unfined. The wine has aromas of honey, ginger, flowers and orange blossom and on the palate it is effervescent.

The 2013 Grenache Carignan is foot-stomped and fermented on its skins stems and seeds. It was not inoculated for primary fermentation or malolactic fermentation, meaning it was all spontaneous fermentation. Unfiltered, unfined and unoaked, with no SO2 added, the wine is bottled 10 months after crush. The resulting wine, reminiscent of gamay, is clean, fresh and young with notes of bright fruit.

The Grenache Rose, which I have not tried, is made from early-harvested pale-skinned grenache that has been grafted to older vines. The must spends a week on the skins and the wine, like the others, is unfiltered, unfined and unoaked.

They are also soon to release a sparkling red pét-nat, called BPN, made with syrah and cabernet sauvignon and made like an old-fashioned pre-industrial Lambrusco, meaning it is red, sparkling and not disgorged.

To date, the Los Pilares team has been purchasing fruit from local grape growers. They purchase grenache and carignan from McCormick Ranch, the oldest continuous farmed vineyard in San Diego since 1892, in Pauma Valley. They purchase grenache blanc and grenache from Highland Hills and muscat, syrah and cabernet sauvignon from Hunter & Mazzetti on the Rincon Indian Reserve.

Last year, they purchased 3.3 acres in the mountains. Their vineyard sits at 3,500 feet elevation and Michael described it as “an island in the sky.”

The vineyard will be “managed biodynamically, although without the certification and also without the mysticism.” It will be dry-farmed, and the vines will be head-trained.

Beginning in 2017, Michael plans to plant grapes such as Greek varieties moscofilero and assyrtiko and Rhone varieties counoise, mouvedre and grenache, as well as gamay and mission. With the freshness from higher elevation, the intensity (and sustainability) from dry farming and the ability to experiment with many varieties to find what works, once Los Pilares starts producing wine from their new vineyard, watch out!

Behind the Scenes at Lamill Coffee Roasters

Lamill Coffee, one of Los Angeles’ first hometown roasters, is a home-grown, family-owned business. Owner Craig Min grew up in…

This story originally appeared in California Winery Advisor. Carneros sits at the base of both Napa and Sonoma. In fact,…

Recently I received an invitation to a VIP Jack in the Box event in Los Angeles and I was intrigued. I do…