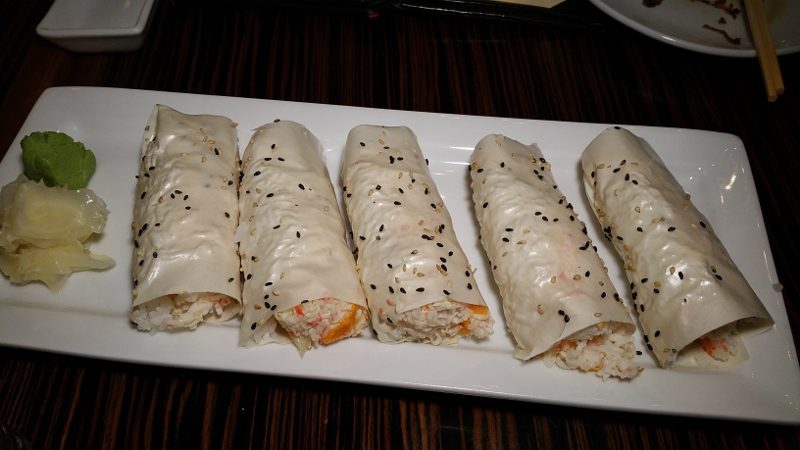 For the last year, I have driven up and down Centinela Blvd to and from LAX but I had never noticed Fin, a restaurant located half a block east of Centinela Blvd on Washington Blvd. Now I have!  A modern space with minimal decor, Fin is located in the space that was formerly Mi Ranchita, a Mexican Restaurant.

The menu at Fin is Asian-fusion. Perhaps this is because owners Michael Flanagan, Gerardo Reyes and Ken Whang had all worked together as servers at Koi in the past? Well actually, that is where they met. One night Michael and Gerardo were drinking at Mi Ranchita when they told the owner they wanted to buy the place. The owner wasn’t looking to sell the 25 year old restaurant but somehow they convinced him. They set out to remodel the space and hire staff as they created their own concept. But what impressed me so much was that they ended up also keeping the original staff from Mi Ranchita.

And why Asian Fusion? Because, as Michael explained, he wanted to offer a restaurant in the neighborhood that would be fun for a date spot or a night with friends…. flavorful, fun food that is easy to share and not too heavy. It’s been a year now and Fin is a friendly local neighborhood restaurant.

The menu offers a number of fish dishes, from cold plates to hot plates to rolls. But, there are also a handful of vegetable and meat options.

Seared Albacore Sashimi (Vietnamese spiced) – There is nothing not to like about this dish. First, it’s tender albacore that melts in the mouth and then topped with crispy red onions for a little crunch and housemade ponzu for a little tang.

Baked Crab Cut Roll (snow crab, dynamite, cucumber, soy paper) – When our waiter told us that he dreams about these rolls at night, we laughed and rolled our eyes. But, after biting into the fresh warm crab with the delicate soy paper wrap, I understood. In fact, I started dreaming about them and went back a few nights later to have more!

Seared Beef Carpaccio, topped with ponzu and crispy chanterelle mushroom, so thinly sliced it melts in your mouth.

Miso Glazed Black Cod, asparagus, carrots garnish – The black cod is flaky and perfectly cooked and there is just the right amount of miso glaze so that it doesn’t overwhelm the fish.

After a tasty meal (or beforehand) head down the alley to the back of the restaurant where you will find Alley, a speakeasy bar. With only a chalkboard sign in front of Fin’s, Alley is somewhat of a “secret” bar.

The feeling inside is rather intimate and private. The walls are deep blue and there are faux-vintage chandeliers hanging from dark wood vaulted ceilings. Whether you take a seat at the bar or in one of the comfy booths, enjoy one of the cocktails named after Old Hollywood icons – Audrey Hepburn, Cagney or Betty Boop. The cocktails are twists on classics, such as The Audrey Hepburn, made with ice, aperol, sparkling wine and cucumber, a play on an Aperol Spritz. 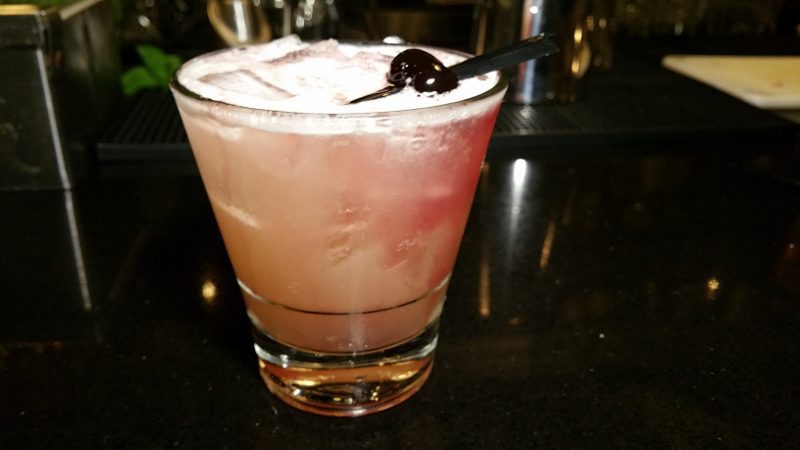 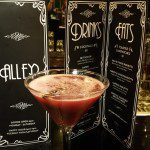 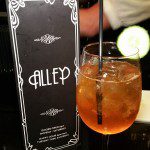 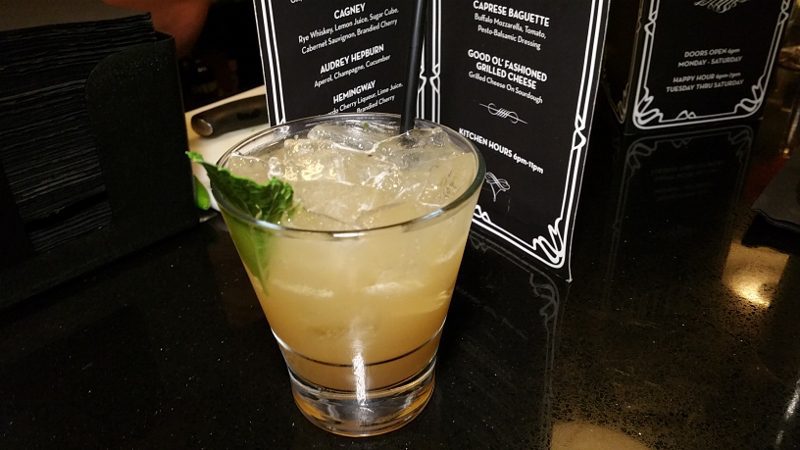 The Alley may be a “secret” bar tucked around the corner of Fin’s, but neither are secrets to me (or you) anymore!

Watch Films From Up High at the Rooftop Film Club

I love escaping to another world when I watch a movie. Typically, we watch our movies in a dark theater or…

A Guide To The Local Produce of Santorini

This post originally appeared on FoodableTV.com Santorini Island | Foodable WebTV Network With the crisis happening in Greece, all eyes…

A Guide To The Local Produce of Santorini

This post originally appeared on FoodableTV.com Santorini Island | Foodable WebTV Network With the crisis happening in Greece, all eyes…