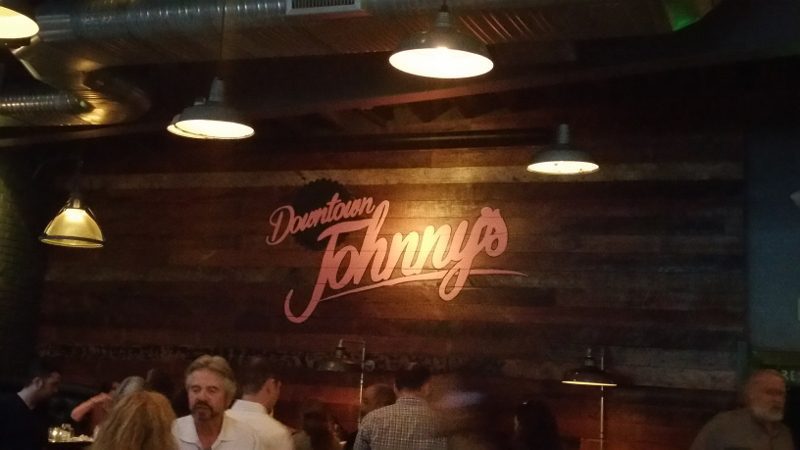 Posted at 11:15h in Cocktails by Allison Levine
0 Likes
Share

Still owned by Richard DiSisto, who owns both the Tunnel Bar and Tipple & Brine next door, Downtown Johnny’s looks like a weathered pub. It is a warm and inviting space that is just somewhere to get a good drink, some food and have a great time.

There is a large selection of beers on tap that rotate weekly. The beer tap is the same one from when the space was Murph’s and has that garage-like look but it is quite beautiful to look at as a movie (or sports game) plays overhead. The cocktail menu, created by Bar Director Daniel Ponsky, is approachable and succinct with eight cocktails. I went to check out the drinks and enjoyed the Downtown Swing which was sweet and tart, the Naked Rain which was light, ethereal and clean and the Sideline which is tart and spicy. Here are the eight cocktails on the menu (Mule is not pictured) Next time I will head back to try the food!

What do you know about Mezcal? Perhaps you think of it as similar to tequila but with strong smoky flavors?…

Last summer I attended an extraordinary dinner at Los Angeles Food and Wine called Dining with the Michelin Stars. One…

This post originally appeared on FoodableTV.com Some studies say that 60% of restaurants fail within their first three years of operation and…