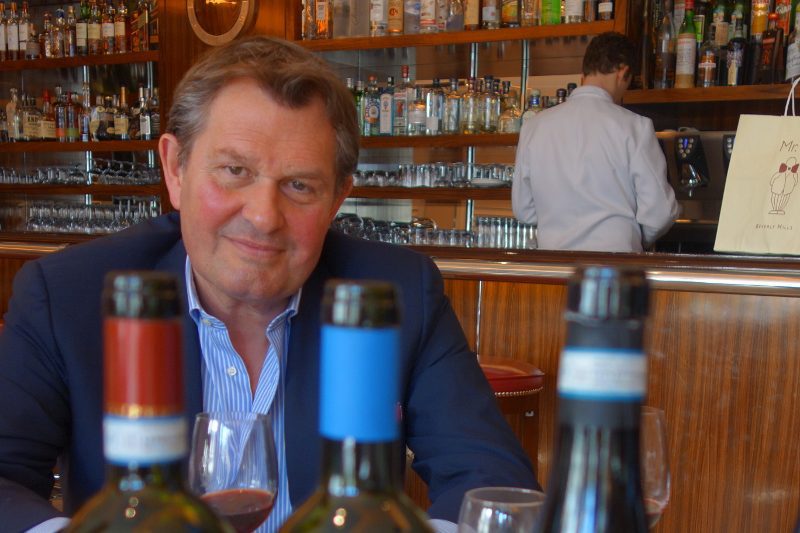 01 Apr Armando Fumanelli – The Most Interesting Man In Wine

When I was invited to lunch to taste the Amarone from Marchesi Fumanelli, little did I know that I was going to have lunch with possibly the most interesting man in wine. Armando Fumanelli is the owner of Marchesi Fumanelli, located in the heart of the the Valpolicella Classico in Northeast Italy (northwest of Verona). Armando walked into the restaurant where we were seated at a table of women. This tall, distinguished gentleman walked to our table and introduced himself. He was so modest and friendly but we were about to find out how extraordinary he is.

Armando Fumanelli starting managing the family winery in 1998 after his grandfather passed away. Prior, Armando completed a Political Science degree in Switzerland and then worked as a Trade Attache for the Italian Embassy in East Africa and the Middle East. While he doesn’t boast, we also learned that he is a former polo player and he currently races vintage cars in exotic locations like South Africa and Europe. In addition, he is a partner in the Meritage Group which owns the Meritage Resort and Spa in Napa, The Balboa Bay Resort in Newport Beach, the Estancia La Jolla Hotel & Spa in San Diego and Bacara Resort & Spa in Santa Barbara.

Through all of his travels around the world, Armando developed a passion for collecting wine. And, when he was asked what his favorite wine is, he answered White Burgundy. When he joined the family business in 1998, his goal was to combine traditional and modern techniques to produce wines that are an authentic expression of estate’s terroir. While Marchesi Fumanelli has been growing grapes since 1470, they sold most of the grapes until 1999. When Armando joined the family business, they started producing wine under their own label and it was first seen in the market in 2003.

At lunch, we enjoyed the portfolio of wines. We started with the Terso Biano Veneto IGT 2009, made with Garganega and Trebbiano Toscano. The grapes grow in limestone soils and the wine spends 18 months in French Tonneliers (barrels) and aged 6 months in toasted oak barrels. The result is a wine with notes of green apple, apricots and white flowers and high minerality and acidity. Armando called it his “Italian white Burgundy.”

As we moved into the red wines, we started with the Valpolicella Classico Superiore DOC 2012 (40% Corvina, 40% Cornvinone, 20% Rondinella) which is a medium body wine with savory notes and is both structured and elegant. In the Squarano Valpolicella Classico Superiore DOC 2012 (40% Corvina, 40% Cornvinone, 20% Rondinella), 40% of the grapes are dried (appassimento mentod), resulting in a richer and riper wine that has violet, blackberry, licorice and spice notes. We ended with the big daddy – the Amarone. The Amarone della Valpolicella DOC 2008 (40% Corvina, 40% Cornvinone, 20% Rondinella) is full-bodied with aromas of dried fig, ripe red berries and light spices. The Octavius Amarone della Valpolicella Riserva DOC 2007 (40% Corvina, 40% Cornvinone, 20% Rondinella) is mouthwatering with typical notes of dried herbs and spices. But unlike many Amarone wines that are big, rich and sometimes over the top, these two Amarone wines had a lovely acidity that brightened the intensity and made them all the more enjoyable with dessert.

Armando loves to travel around the world and host events so that he can meet people and share his wines.It was a treat to have lunch with one of the most interesting men in wine, as well as one of the most passionate.

Wines From the Land of Sand and Fog

This post originally appeared on FoodableTV.com As you drive up the coast of California from Los Angeles, you pass through…

With a passion for smoking meats, Quinn and Karen Hatfield have left fine dining and opened Odys+Penelope, a churrascaria on La Brea…

With a passion for smoking meats, Quinn and Karen Hatfield have left fine dining and opened Odys+Penelope, a churrascaria on La Brea…