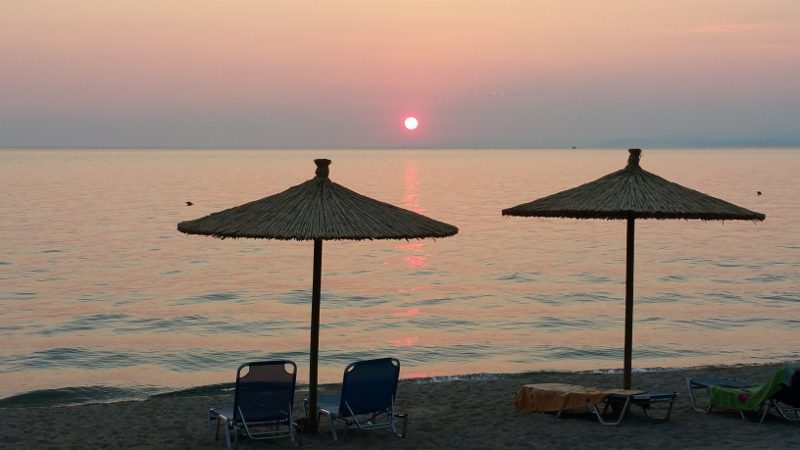 When you think of Greece, do you think about the hundreds of islands? What about the beaches and the sea? Maybe you think of food and wine. What if you could combine all of those into one, plus more? You can at Porto Carras Grand Resort in the north of Greece.

Porto Carras is one of the largest and most famous hotels and holiday resorts in northern Greece. It is located on the Halkidiki Peninsula in Macedonia, just an hour away from Thessaloniki the country’s second largest city. The property covers over 4000 acres, including more than six miles of sandy beach and twenty-five pristine coves. With 1186 acres under vine, it is also home to one of the largest unified vineyards in Greece and one of the largest in Europe.

The Stengou family purchased Porto Carras at auction in 1999. This family of engineers had a background in construction and tourism. They undertook major renovation of the property in 2000 and spent more than six years re-cultivating the vines.

Today Porto Carras Grand Resort includes two 5-star hotels, Meliton and Sithonia, as well as the bungalow style Villa Gallini. There is a casino and two Thalassotherapy and Spa Centers. There is an international-standard 18-hole golf course, the largest and best equipped conference hall in Northern Greece, a horse riding academy, a tennis club with nine courts, a diving center and a nautical club. The resort also features three helipads, two waterways and a 315-berth Marina, which is the largest private marina in northern Greece.

A vacation to Porto Carras starts with picking your hotel. If you are traveling with children, book at the Sithonia. They have a Kids Club, playgrounds and a water park. The casino is also nearby for nighttime adult entertainment. If you are planning for adults-only travel, the Meliton is a better choice. While there are family suites available at the Meliton, it is the quieter, more peaceful side of the resort. The rooms at both hotels have been renovated and offer everything you expect in a five-star hotel: down comforters on the beds, a desk, marble bathrooms with bath tubs and shows, flat screen televisions with satellite TV and Wi-Fi. Most importantly, all rooms have a balcony with a view of the marina, the sea or the golf course. 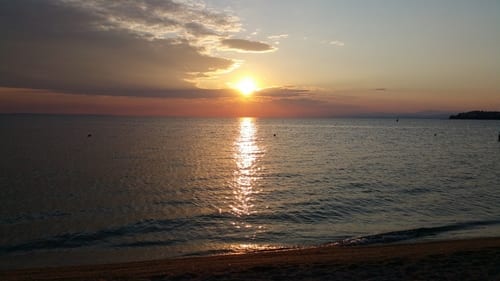 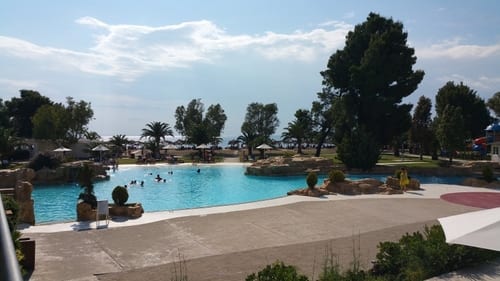 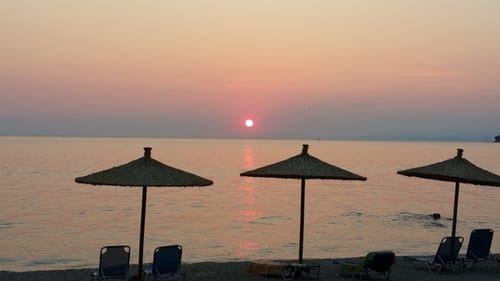 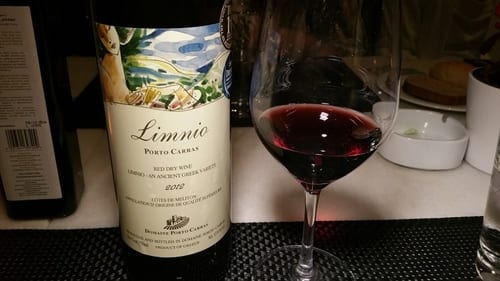 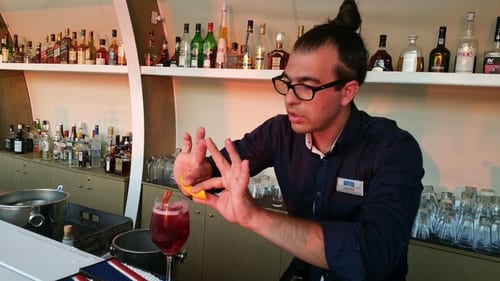 A shuttle will take you from the hotel to the winery where you can taste through the wines of Domaine Porto Carras. Yliani Stengou, the daughter of Konstantinos Stengos, manages the winery. The 1186 acres of grapes are planted in Greece’s largest organic vineyard. They grow 12 Greek varietals, Limnio, Malagouzia, Assyrtiko, Athiri, Mavrodafni, Xinomavro, Muscat of Alexandria, Mavrotragano, Savatiano, Liatiko, Fokiano and Roditis, and 12 international varietals, including Merlot, Cabernet Sauvignon, Cabernet Franc, Cinsault, Chardonnay, Sauvignon Blanc, Viognier, Syrah, Uni Blanc/Trebbiano and Mourvedre. With these grapes, annual production is close to one million bottles of wine.

Aside from wine tasting, there are so many other activities you can take part in at Porto Carras: golf, swimming pools, horseback riding, scuba diving, water skiing, parasailing, jet skiing, canoeing, pedal boating, paddle boarding, fitness classes or just relaxing at the beach. In fact, if you want your own private beach, that is possible as well. There are twenty-five private coves available for booking and your reservation includes umbrellas, sun beds and full service. There is nothing better than having your own private beach for a few hours of complete serenity.

After all of the activities, a few hours in the Meliton spa is always welcome. Enjoy an indoor sea water pool, a thalassotherapy pool, a high salinity pool, Jacuzzi, six hydro baths, sauna, steam bath, thin rain shower jets and a range of treatments including kinisiotherapy and hydro-kinesiotherapy in heated sea water, a relax room, manicure, pedicure and a hair salon.

There is so much so do that you never have to leave the property and if you forget something or want a new outfit to wear to dinner, there is shopping to be done in the Marina shopping center. Enjoy a meal, day or night, at one of eight restaurants or grab a drink at one of the ten pool, beach or lounge bars and cafés.

There is no shortage of activities at Porto Carras. What more can you ask for? After all, you will be in Greece with the sand, the sea and wine. You will also tread in the footsteps of may famous visitors like Queen Juliana of Holland, Salvador Dali, Rudolf Nureyev, Francois Mitterrand, Joan Baez, the Rockefellers, Prince Albert of Monaco and many others. Are you next?

Check it out at: Porto Carras Grand Resorts Youthful, passionate, energetic, driven, professional, tasty....these are just some of the descriptions that come to mind about Baldoria in Little…

Youthful, passionate, energetic, driven, professional, tasty....these are just some of the descriptions that come to mind about Baldoria in Little…