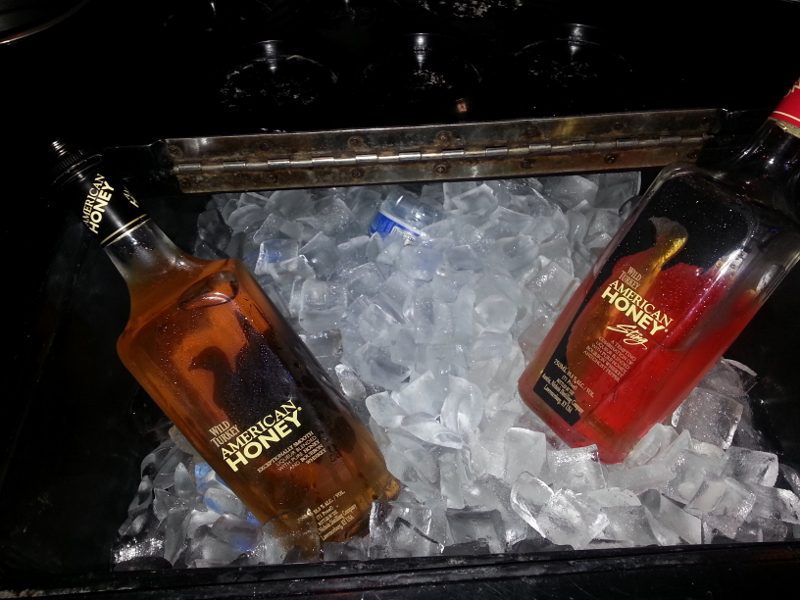 How can you say no to an invitation to head out for a “Night of the Unexpected”? Here’s how the invite went:

“Here’s how it’s all going down. I will send a car service to pick you up from a location that is convenient for you. The car will take you to a secret location in LA where you will participate in the first activity of the night. Afterwards, everyone will be whisked off to a second secret location for dinner, American Honey drinks and another activity. A car service will also be provided to take you home at the end of the night.”

So, at 5pm I was picked up by a car and driven to the destination. Thanks to LA traffic at rush hour, it look over an hour to get to the destination – the eastside of Downtown LA. We entered a warehouse district where I was let out of the car. I entered the building where I met up with the group in a narrow hallway. What were we about to do?

We were at a Room Escape Adventure! We were given the rules and told that we had 60 minutes to solve the puzzles to get the key to get out of the room. Most importantly, don’t let the zombie get you first. Proud to say that our group (mostly strangers) managed to work together and solve all the clues and escape the room with only 2 minutes to spare! (By the way, there is only a 33% chance of succeeding, so we were quite proud – amazing how smart a group of spirits writers can be).

Last stop of the night was a trip back in time to the Saddle Ranch Chop House on the Sunset Strip. Yes, the one with the mechanical bull. I remember the last time I was there – it was the year American Pie 2 came out (2001) because my friends and I met the writer and his friends the night before the premiere. While I don’t tend to frequent places like this anymore and prefer the craft cocktail movement, we ordered an Arnold Palmer and American Honey. A simple drink, the bourbon adds a nice kick and the honey adds sweetness to the tart lemonade/ice tea.

It’s fun to have a night of the unexpected and be open to the surprises in store for you.

Rosé is More Than a Seasonal Drink

This post originally appeared on FoodableTV.com The weather is finally changing and it’s getting colder outside. And, with the holidays…

Ahhhhh.......Pinot Noir. Just saying those two works can make most wine lovers swoon. But what is it about Pinot Noir…