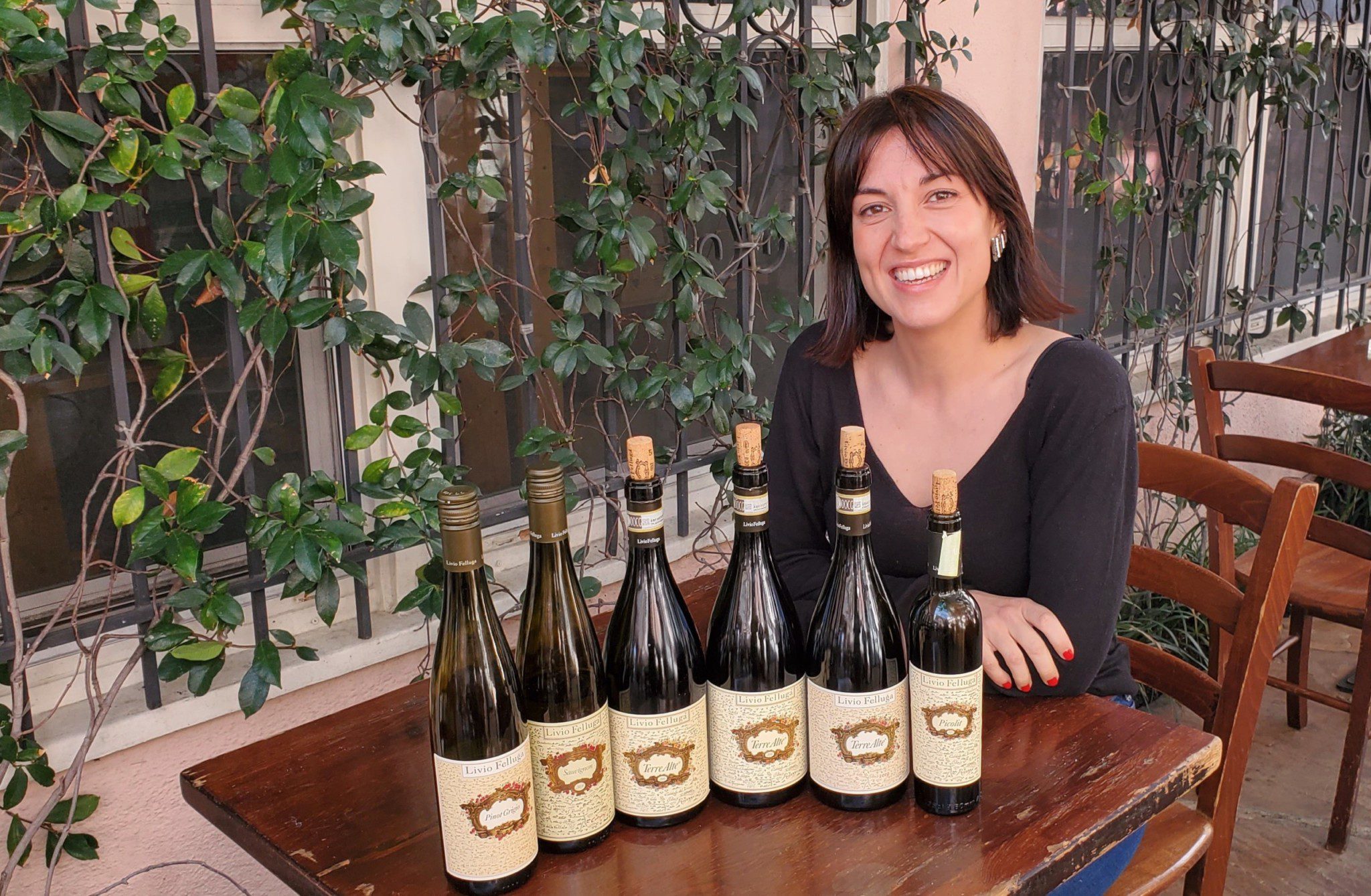 19 Apr The keeper of a legacy at Livio Felluga winery

Sitting down for lunch with Laura Felluga, she told the story of her grandfather Livio Felluga as we sipped the beautiful wines of Livio Felluga Winery. The third generation in her family to work for the winery, Laura is the keeper of the legacy at Livio Felluga Winery as I wrote about in the Napa Valley Register and share here.

One of the most popular white wines in America is Pinot Grigio, yet it has a lot of naysayers who, thanks to mass-marketed brands, think of Pinot Grigio as a simple, uninteresting, water-like wine.

Livio Felluga started his eponymous winery in 1956, and today it is a standard-bearer for the white wines of Northern Italy. Livio Felluga passed away in 2016 at the age of 102. Today his four children run the winery. And now his granddaughter Laura Felluga is continuing his story.

Livio Felluga was born in 1914 in Izola in Istria, now part of Slovenia. His family produced Refosco and Malvasia and by his mid-20s, Livio was making and selling wines in Italy. He fought in Africa during World War II where his was captured and became a prisoner of war. Eight years later he returned home to Italy empty-handed.

At the time, the wine being made in Italy was bulk wine, consumed by the locals. In the hills of Friuli, he recognized the same Ponca soils (layers of marl and sandstone) from his childhood. He found land in the area of Rosazzo in Colli Orientali in Friuli but could not get a loan to buy land. Eventually, he managed to purchase two vineyards in Rosazzo with the vision to make great wine from the vineyard. Livio was in his early 40s when he released his first vintage in 1956.

From the beginning, while everyone else was blending grape varieties, Livio Felluga wanted to bottle single varietal wines, such as the Pinot Grigio, as well as Sauvignon Blanc, Friulano and others. This might have seemed crazy to others at the time, but Livio’s vision established him as the “patriarch of the wines of Friuli.” 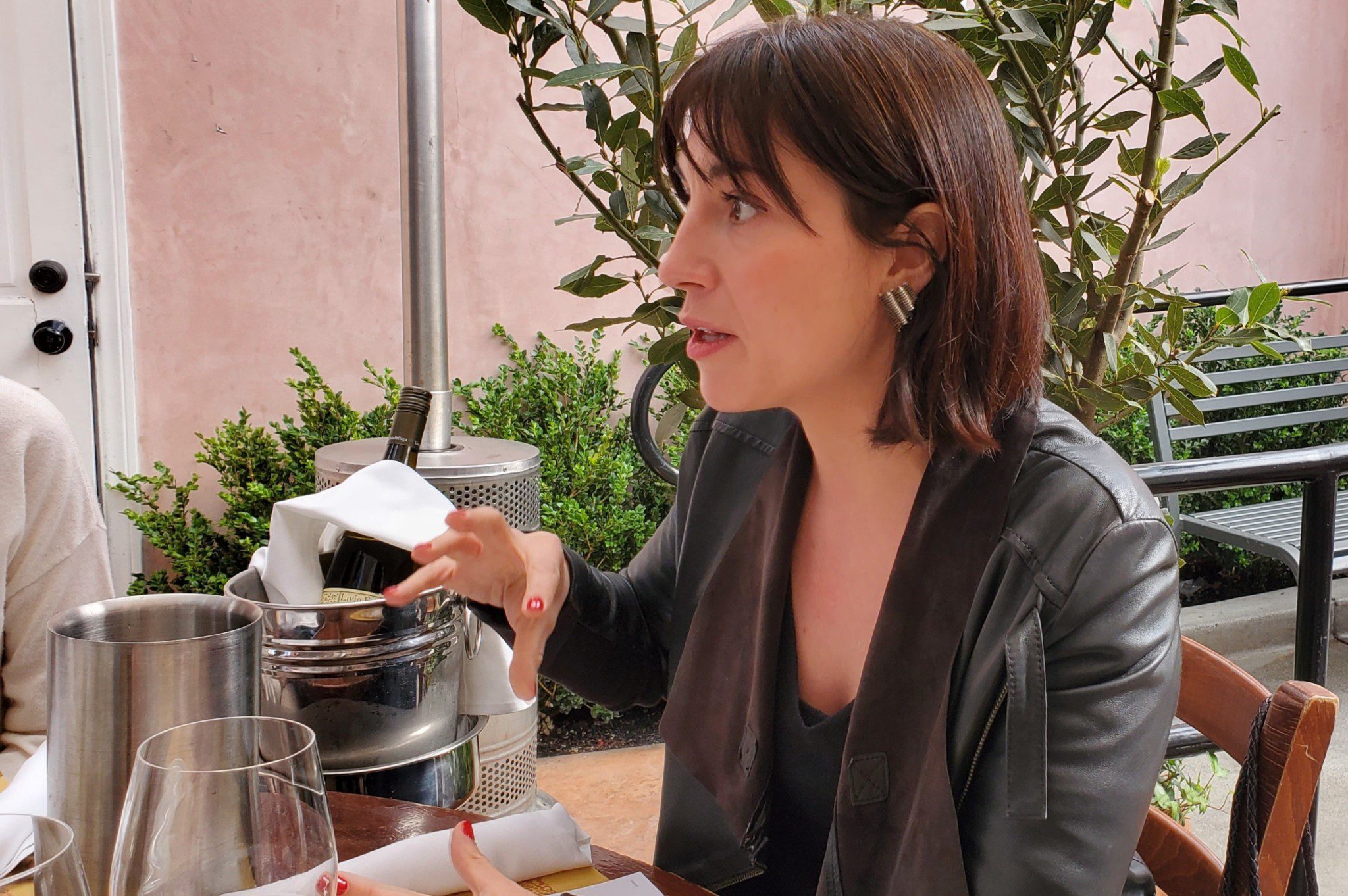 There was never pressure for Laura to join the winery but from a young age, she had an interest in wine. Coming into the family business with the reputation of the Felluga name was a lot of pressure, and she explained that she “wanted to earn [her family] name.” After graduating with degrees in economics and management, Laura worked for a wine fair in China, interned at a wine company in New York, and worked in the cellar in both New Zealand and France. She was living in Bordeaux doing wine production work when her grandfather died.

In 2018, Laura joined the family business, traveling around the world and representing Livio Felluga Wines. She is the “keeper of the values” of Livio Felluga wines. The winery takes a minimal approach and uses common sense when it comes to biodiversity, sustainability and preservation for future generations. Ultimately, the key message is for the wines to express the place they are from.

The 2020 Pinot Grigio is a brilliant yellow color. The bright nose is rich and complex with orange blossom, peach, apricot, citrus and melon aromas. On the palate, the lovely mouthfeel is fresh and velvety with lingering acidity. The 2018 Sauvignon Blanc is a straw yellow color with a fresh, pretty nose with notes of lemongrass, melon and a subtle touch of dried sage. Medium-bodied, the wine has a creamy texture and a long finish with mineral notes.

While Livio Felluga initially bottled single-variety wines, in 1981 he introduced their Terre Alte white blend. A blend of Friulano, Pinot Bianco and Sauvignon Blanc, Terre Alte is considered one of Italy’s most prestigious wines, according to the importer’s website; in 2011, the wine became a DOCG wine.

I had the pleasure to taste a vertical of Terre Alte. The 2016 Terre Alte, with aromas of white flowers, stone fruit, pineapple, and lemon curd, has a beautiful line of acidity that runs down the center of the palate and then lingers across the tongue.

The 2018 Terre Alte has notes of citrus, pear, crushed stone, and herbs and is broader on the palate with acidity that coats the tongue.

The 2019 Terre Alte has aromas of lemon peel and orange blossom and is savory on the palate with elegant minerality and beautiful structure.

The wines of Livio Felluga are lush, crisp and well-balanced. As I sat with Laura, tasting the wines, and listening to her talk about her family, I noticed the labels on her bottles, which are based on an old map dating back to the 1700s of the Rosazza area and all the towns surrounding their vineyards. As the keeper of the values, she will continue to share the story of her grandfather and of the Livio Felluga Winery.

Wines of Portugal hosted a walk-around tasting last week. More than 30 producers poured wines from across Portugal. Wines of…