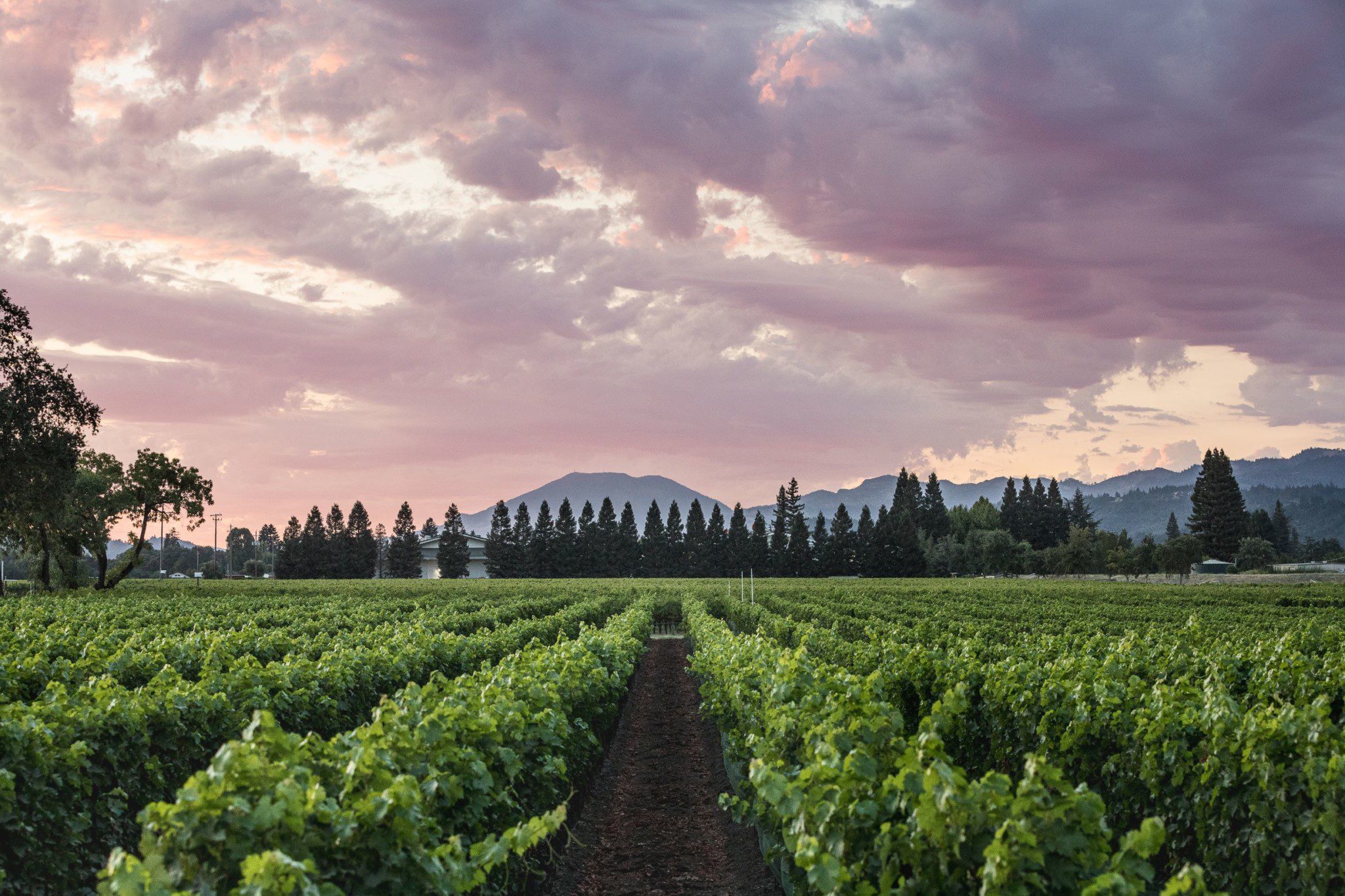 Posted at 10:45h in Wine by Allison Levine
0 Likes
Share

Merlot is one of the world’s most popular red wines but it is often overlooked for the more popular Cabernet Sauvignon. Merlot has been mass-produced and it has been much maligned but when Merlot is made with care and intention, it can be exquisite. At Sullivan Rutherford Estate in Napa Valley, they treat Merlot with the same love and care as Cabernet Sauvignon which I wrote about for a story in AlcoholProfessor.com and share here. 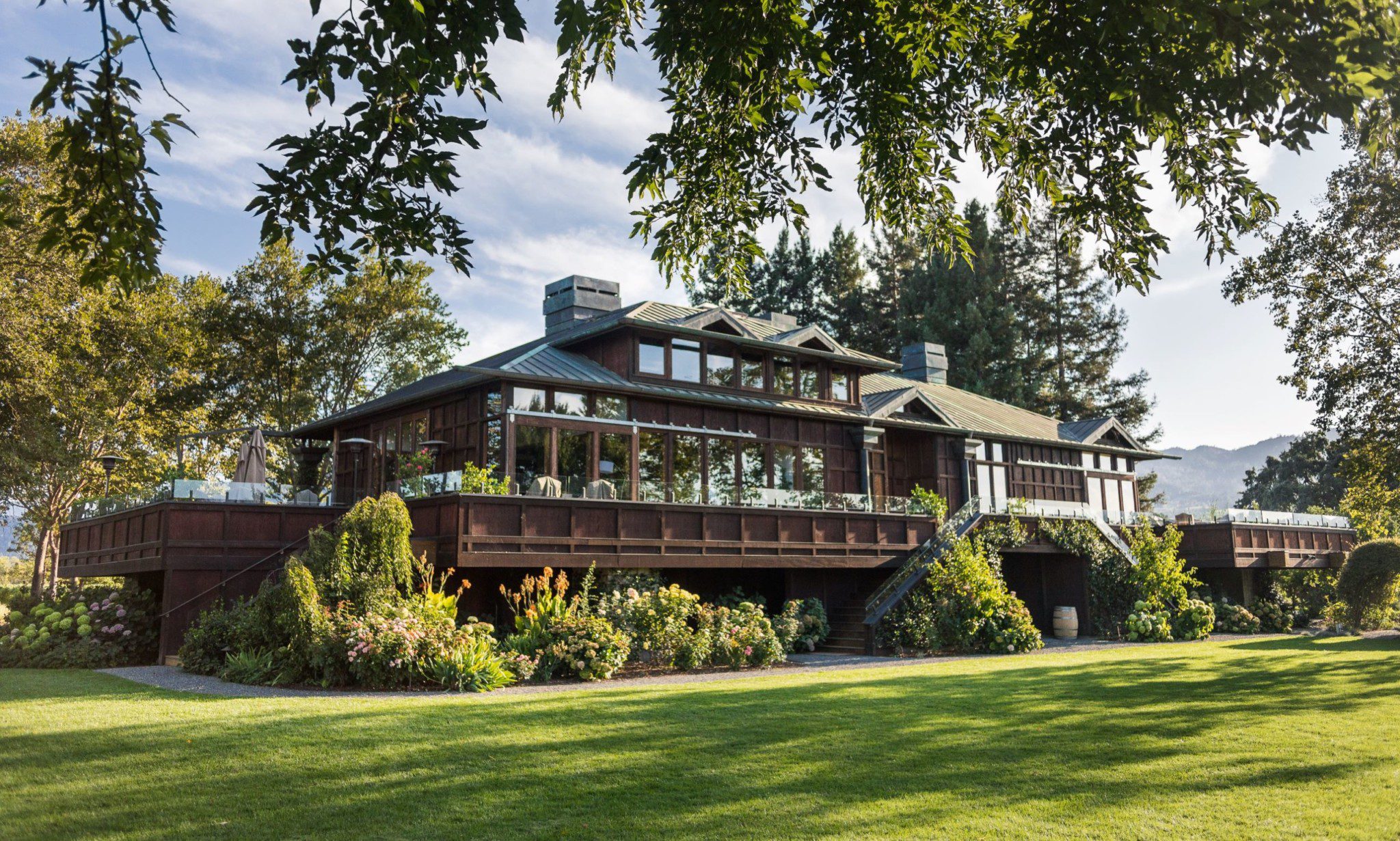 Napa Valley is primarily known for Cabernet Sauvignon. Also grown in Napa, merlot is often an afterthought to many wineries, resulting in an everyday wine that is not always taken seriously. Sullivan Rutherford Estate is a boutique winery producing beautiful cabernet sauvignon, as well as merlot in the Napa Valley. According to winemaker Jeff Cole, if you treat merlot with the same love and care as you do cabernet sauvignon, you can make a big, rich, robust, structured merlot with layers of flavor and acidity. And that is what Sullivan Rutherford Estate is doing.

Situated on the valley floor in the heart of the Rutherford AVA, Sullivan Rutherford Estate is a 26-acre estate that was founded by James O’Neil Sullivan in 1972. With the encouragement of friend and legendary winemaker André Tchelistcheff, James O’Neil Sullivan planted 22-acres, primarily to cabernet sauvignon, but also to merlot and other Bordeaux varieties. Sullivan built his home and the winery on the estate and produced wine until his death in 2005. His children took over the property but decided to sell in 2018. 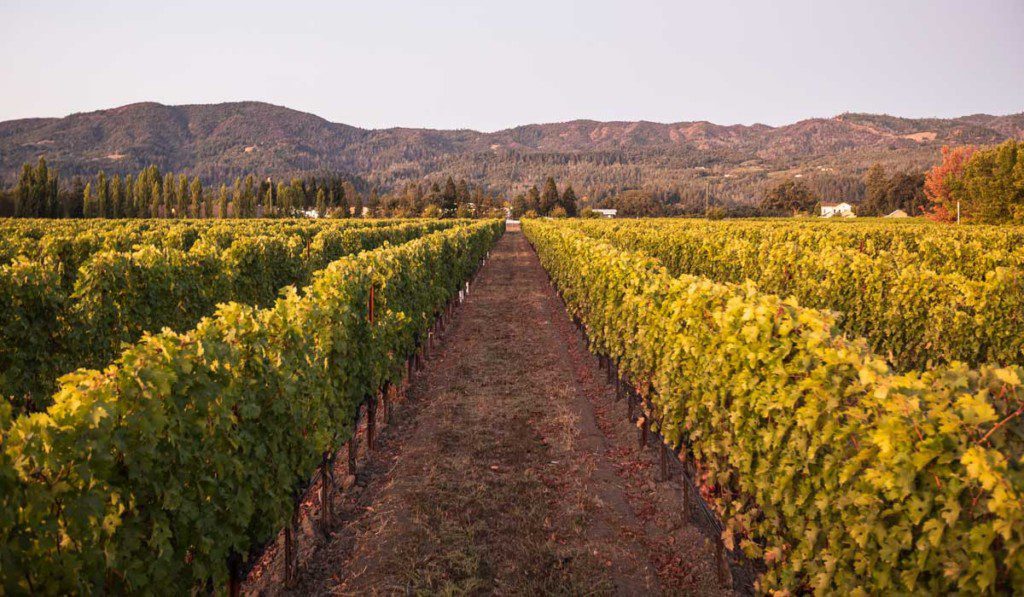 In 2018, entrepreneur Juan Pablo Torres-Padilla saw the potential of Sullivan Rutherford Estate and purchased the property. Raised in Mexico City, Torres-Padilla first fell in love with wine while studying, and later working, in Paris. With the intention to purchase a winery, he turned his attention to the Napa Valley. Torres-Padilla did his research. He looked in the hills, as well as the east and west sides of the valley, to gain an understanding of the diversity of the region. What he found at Sullivan Estate was that the valley floor consisted of 80-90 percent sand and gravel soils. These soils were ideal for high end cabernet sauvignon and merlot. Knowing the potential of the estate, he purchased it and began investing in the business. This included replanting some older blocks, as well as expanding out of Rutherford and purchasing property in Atlas Peak to increase production and add diversity and nuance to the wines.

Looking towards the future of Sullivan Rutherford Estate, Torres-Padilla assembled a world-class winery team. In addition to Vineyard Manager Mike Wolf, he brought Joshua Lowell on as General Manager and Lisa Barker-Mullen as Estate Director. As for winemaking, he kept Jeff Cole on the team who has been with Sullivan Rutherford Estate since 2013. Cole grew up in Yountville in the Napa Valley but did not grow up in a wine family and it was a viticulture class that he took for fun at Cal Poly San Luis Obispo that sparked his interest. Cole graduated in 2006 and took a job in the cellar at Schramsberg at the northern end of Napa Valley. Wanting to learn the nuts and bolts of production, Cole started at the bottom and ultimately ended as the assistant winemaker during his final three years there. While working at Schramsberg, Cole sourced fruit from the Skywalker Ranch, which was managed by Scott McCloud. In 2013, during a leadership change at Sullivan Rutherford Estate, McCloud, who is related to Russ Sullivan through marriage, asked Cole to come on as the winemaker.

Earlier in the summer, I met winemaker Jeff Cole of Sullivan Rutherford Estate during a virtual tasting. The summer was rolling along, and he was in the process of bottling the 2018 vintage and was looking forward to preparing for the 2020 harvest. “It was going to be a fantastic year,” Cole explained. “It started as a dry year and we were looking at lower yields and more concentration.”  A few heat spikes hit that raised concern but then in early August the Lightening Complex Fires came. While the fires were not actually in Napa, Cole had a flashback to the 2017 fires when they were just a quarter of a mile from the winery. Fortunately, the smoke was in the upper atmosphere and with the knowledge gained in 2017, Cole was not terribly concerned. The smoke in the upper atmosphere was the older smoke from days prior and therefore the plants tend not to bind to the smoke and there was no super saturation of new smoke. “Especially after surviving 2017, we were not too concerned. It was August and we were already ahead of the timing of 2017,” he added. “The vintage was shaping up, and fires notwithstanding, we were optimistic for 2020.”

Cole picked the merlot and the older blocks of cabernet sauvignon before the Glass Fire hit. The Glass Fire out of St. Helena was like the 2017 fire and fresh smoke inundated the valley. “There are lots with varying degree of smoke taint, but some lots were not affected by any. Not all will be lost,” Cole explained. “We are at the whim of mother nature, and not every vintage is the same.” This was a curve ball but that was not stopping Sullivan Rutherford Estate from moving forward.

Cole shares Torres-Padilla’s passion for the estate property. Says Cole, “what makes Sullivan one of the best sites is that it sits on a gravel mound, only two to three feet in elevation but just enough to let the water drain away.” As a result, vigor of the vines is reduced, and the resulting small berries are concentrated, and Cole is making wines with richness, tannin, and structure. Under Torres-Padilla’s leadership, Cole is given the reigns to experiment and he takes advantage of this. One new direction he is going is with merlot. Torres-Padilla had spent time in Bordeaux while living in France and had taken a liking to merlot. When he first came to Sullivan Rutherford Estate in 2018, he tasted the 2013 James O’Neil Merlot and was blown away. The 2013 James O’Neil Merlot was also Cole’s first vintage at Sullivan Rutherford Estate.

Deemed prime land for cabernet sauvignon, the Sullivan family had pulled out their merlot during a replant before Cole arrived in 2013 so they source the merlot from a small vineyard in St. Helena. The plot of land sits on a gravel swale, like the soils on the Sullivan property, and the berries are smaller and more concentrated. Sullivan has been sourcing from this vineyard since 2013 and every year has been phenomenal, according to Cole. “For me, really having that concentration and to be able to push it through the fermentation process and extract it like a cabernet, if merlot is done right, it is a phenomenal grape and a phenomenal wine.” With similar soils, Cole believes they can do the same quality and style of wine from their own estate. As a result, Sullivan is taking five acres of prime cabernet sauvignon land on the estate and planting it to merlot.

Cole has been experimenting with a minimalist approach to get the most concentration while reducing the mechanical impact and being as gentle as possible. He began experimenting with a hard bung in 2016 with one barrel. He selected a barrel from his best lot and sealed the barrel with a wooden bung that he hammered in to create an airtight seal. He did not touch the barrel for one year and during that year, everything, including the phenolics, anthocyanins, and tannins, were more concentrated. Happy with the results, he pushed it further in 2017 and did the entire lot of cabernet sauvignon (10 barrels). He experimented with aging protocol to find the sweet spot. Every six months, he would open the barrel, taste, and top off with another similar barrel and then seal it again for six more months. He played with how long the right amount of time was to age under hard bung as the process is very reductive. After one year, the wines were blended and then put back under hard bung for five to six months.  In 2018, he experimented with all 36 barrels, testing some with hard bungs and others with silicon bungs which required topping each month for the first six months. He felt the wine was twice as good under hard bung and all of the wine went under hard bung for the second six months. Beginning in 2019, all wines at Sullivan Rutherford Estate will undergo the hard bung program from the start.

Sullivan Rutherford Estate 2016 Coeur De Vigne, Rutherford, Napa Valley ($90)
Coeur de Vigne is the “heart of the vine” and the soul of the property. The Sullivan family began producing this wine in the 1980s. Known for their big, structured cabernets and merlots, Coeur de Vigne is a more fruit friendly, approachable, everyday drinking wine. It is a Bordeaux blend made primarily with cabernet sauvignon and merlot, as well as cabernet franc, petit verdot, and malbec. The 2016 vintage was coming off the drought. There had been rain early in the season and the berries were bigger. The wine has red fruit notes, as well as the Rutherford dusty characteristic. It is a warm and inviting wine that is robust and savory but has soft, velvety tannins and lots of acidity that linger on the palate.

Sullivan Rutherford Estate 2017 Cabernet Sauvignon, Rutherford, Napa Valley ($110)
All of the fruit was picked in 2017 before the fires. The season had been a little difficult and Cole was unsure at the time how the vintage would turn out but today he says that the 2017 wines are the best wines he has ever made. The 2017 Estate Cabernet Sauvignon has 13 percent petit verdot blended in. It is a savory wine with notes of blueberry, cocoa, earth, and minerality, and lively acidity. With a background in sparkling winemaking, Cole has an affinity for acid which he brings to his cabernets for length and freshness.

Sullivan James O’Neil 2016 Cabernet Sauvignon, Rutherford, Napa Valley ($260)
James O’Neil is the reserve tier for Sullivan Rutherford Estate. The 2016 Cabernet Sauvignon is a broader, richer, structured wine with grip. The fruit profile is not dominant but there is a freshness and brightness to the nose and on the palate, the tannins are a blend of sandpaper tannins and drying tannins. This is a wine to lay down for a few years and enjoy later.

Read the original story in AlcoholProfessor.com.

It was a bottle of white wine, but the color was a deep gold, making it look aged. On the…

What is there not to love about Riesling? From light, crisp Rieslings to richer, sweeter ones, Rieslings are extraordinarily versatile…

Whether a gin lover or a whiskey lover, Genever will satisfy both. Genever is the historic precursor to gin and most…