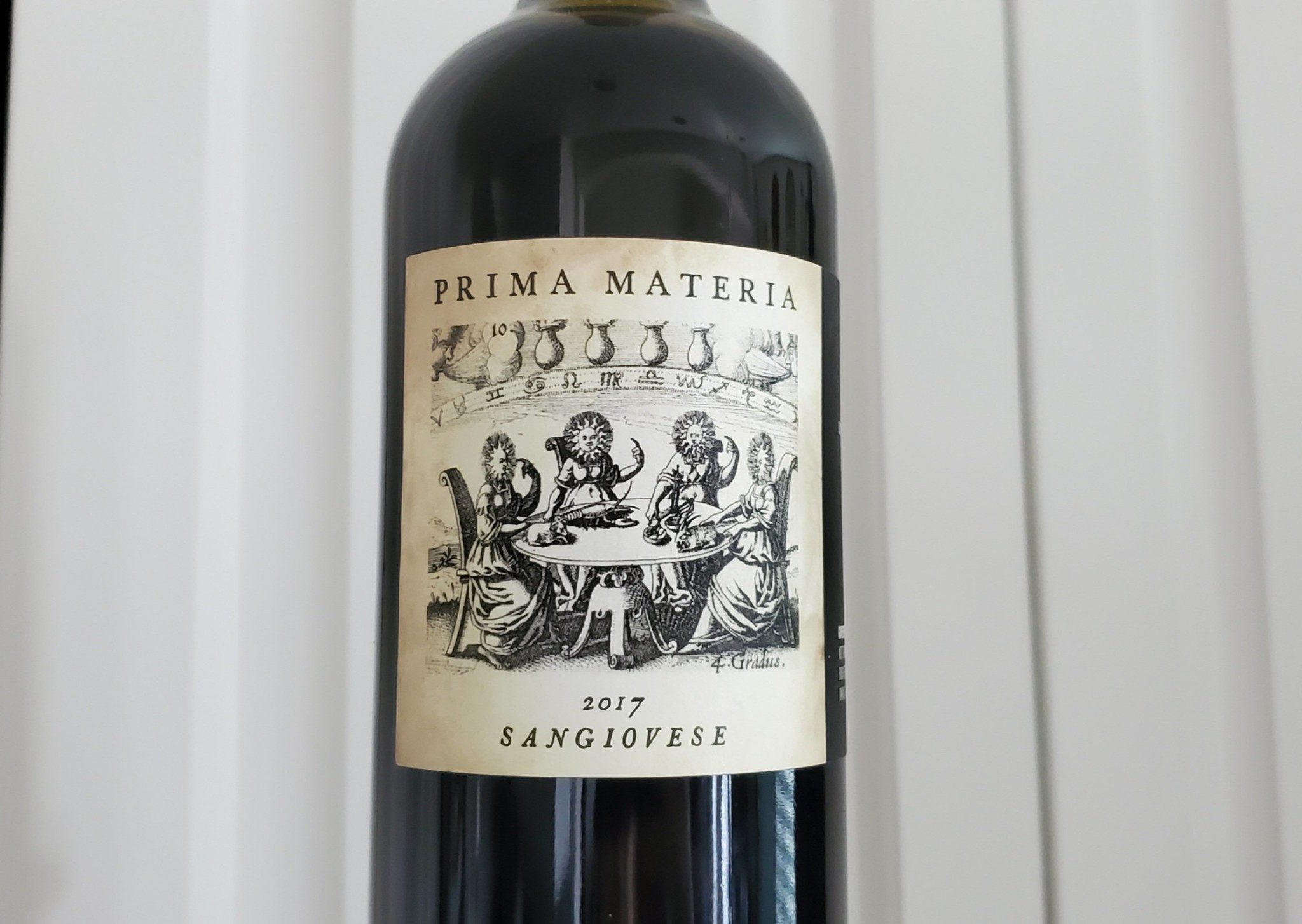 Paulo Coelho’s The Alchemist is one of my favorite books of all times. This week a friend shared a teaser of an upcoming movie based on the bestseller The Alchemist, directed by Kevin Frakes and starring Will Smith. The magical story of Santiago, an Andalusian shepherd boy who yearns to travel in search of a worldly treasure and teaches us the lesson that everything we need we are in possession of. The Alchemist is about finding one’s destiny and that is what winemaker Pietro Buttitta has done with his winery Prima Materia whose 2017 Sangiovese is the Please The Palate wine of the week.

An alchemist is a person who transforms or creates something through a seemingly magical process. Before becoming a winemaker, Pietro Buttitta was a chef. He worked in restaurants in Napa Valley and Portland where he would transform ingredients into culinary dishes. But, after burning out on the life of a chef, Pietro transformed himself into a winemaker where his alchemy is transforming grapes into wine. “Prima Materia”, the name of his winery, is Latin for the raw material that alchemists hope to transform into the philosopher’s stone.

Pietro has a 10-acre vineyard in Lake Country, located next to Mendocino. His grandfather had purchased the property which was an old walnut orchard and his father started by planting an acre of grapes. After helping with harvest in 2007, Pietro loved being outside and felt reconnected with life. He decided to head down a new path and become a winemaker. With a passion for the old world, specifically Italy, and a love for Nebbiolo, Pietro explored what Italian grape varieties would work best in this fairly warm growing area with limited water and volcanic soils of clay, sand, and rocks. He found that Central and southern Italian grapes work best and today has 13 different varieties growing, predominantly Italian. There is Dolcetto, Primitivo, Zinfandel, Petite Sirah, Syrah, Grenache, Nebbiolo, Sangiovese, Barbera, Aglianico, Negroamaro, Sagrantino, and Refosco.

Pietro’s philosophy is a combination of working with the soils and climate at his fingertips while trying to be faithful to the typicity of the grapes. A warm climate, Lake County produces fruit-forward wines but Pietro aims for more earth and minerality in this wines. Pietro treats the grapes with respect, as he did with his ingredients when he was a chef, acting like their chaperone as he guides them. The wines of Prima Materia are primarily fermented naturally, only neutral oak is used, and there is minimal racking done.

The Prima Materia 2017 Sangiovese is a blend of four types of Sangiovese from different blocks, each picked separately and fermented separately. The wine spends 23 months in barrel with no sulfur added and no racking until it came time to bottling. The wine is unfined and unfiltered. The 2017 Sangiovese has notes of red cherry, raspberry, boysenberry, violets, earth, and a touch of cocoa powder, as well as some meaty aromas. The tannins are grippy and the acidity hits the back of the palate and a rush of saliva comes forward. This wine definitely wets the palate and makes you want to enjoy it with food, such as a grilled steak.

Only 240 cases were produced and the wine retails for $32 directly from Prima Materia.

From Kitschy to Cool: Solvang, California

Windmills, souvenir shops, and pastry shops line the streets of Solvang in the heart of the Santa Ynez Valley. No…