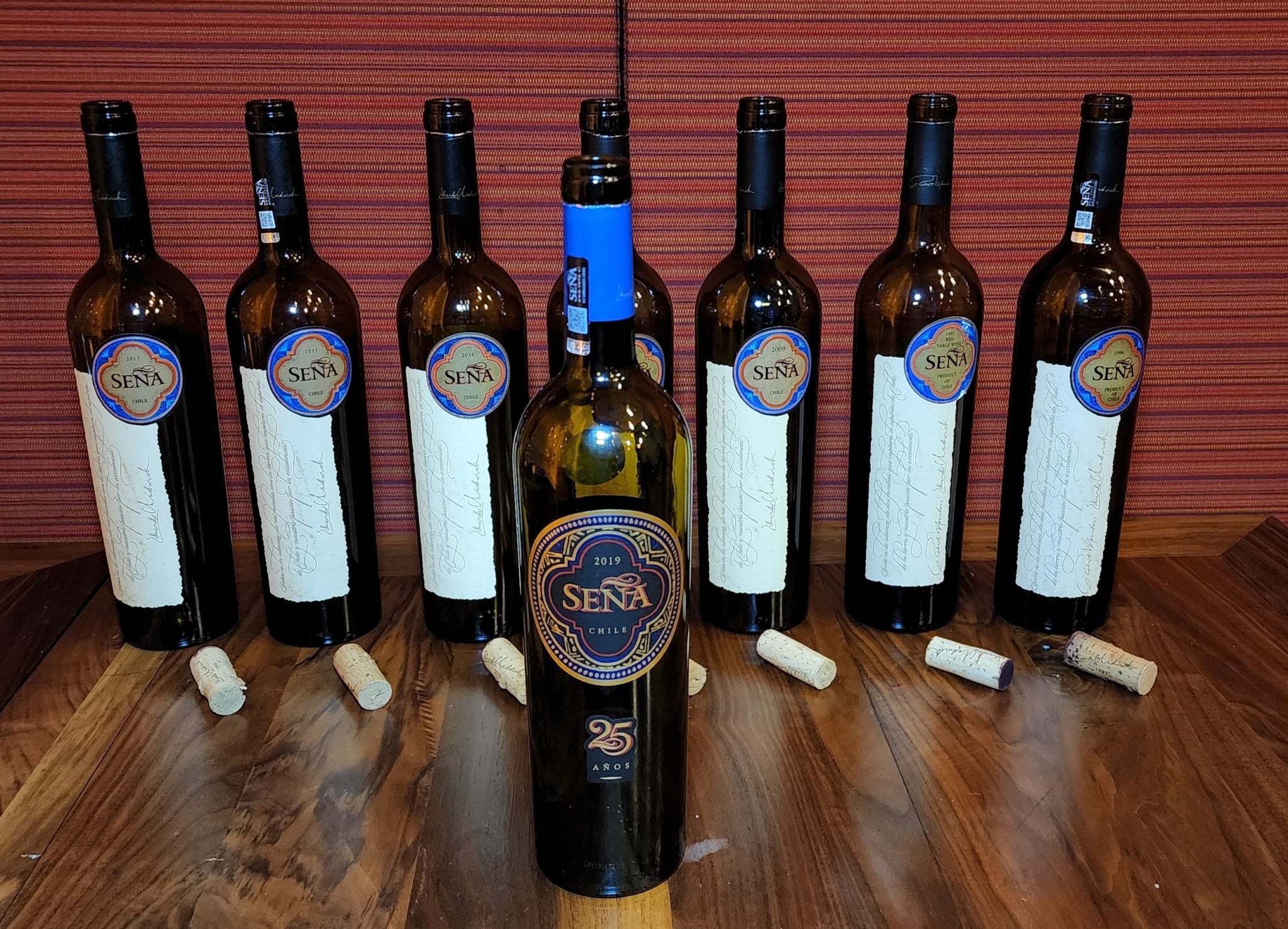 The word “iconic” is often overused when talking about wine. But, I recently had the pleasure to enjoy a vertical tasting of Seña, Chile’s first wine ‘icon’. As we tasted vintages as far back as 1996 to the current release of 2019, it was clear that Seña has been a benchmark for some of the best wines produced in Chile. I wrote about this winery and the beautiful tasting in the Napa Valley Register and share it here. 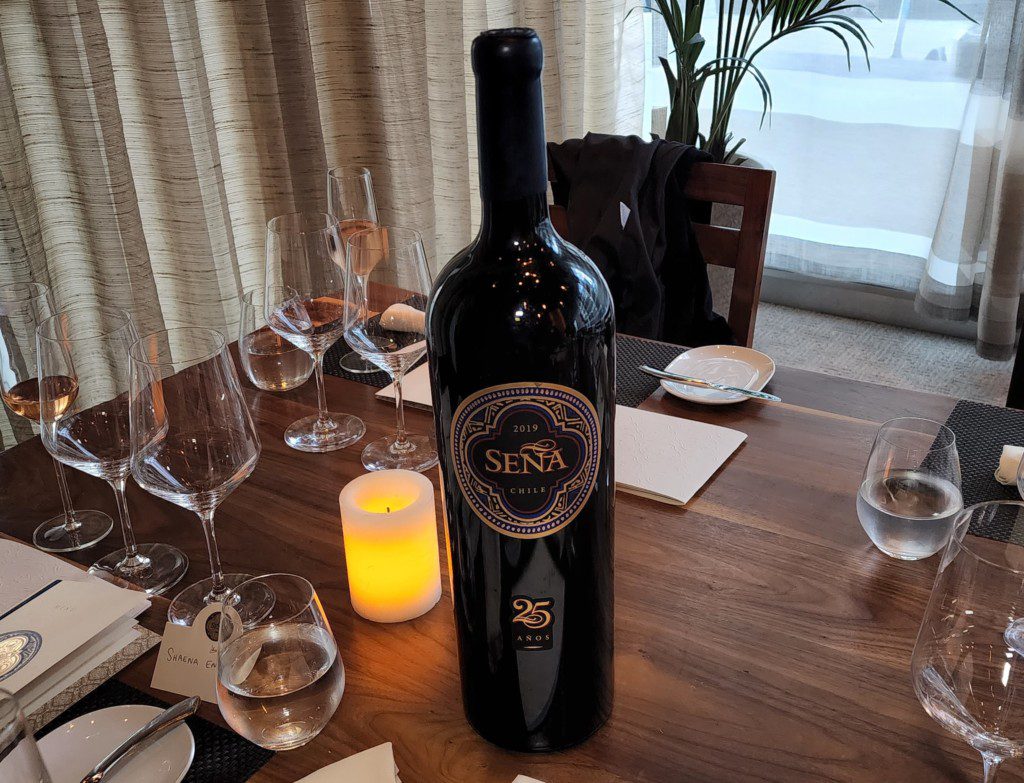 The word “icon” is an oft-overused term that has resulted in its devaluation. But underneath the buzz, there is a such thing as an “iconic wine.”

The Chilean wine Seña is one of those “iconic wines,” as exemplified by looking back at the past 25 years.

Winemaking in Chile dates to the 1500s. In the 19th century, the industry was thriving as French winemakers brought their modern technology to Chile. By the start of the 20th century, having remained free of phylloxera, the Chilean wine industry continued flourishing until political instability and high taxation affected exportation. The free market reopened in 1974 and outside winemakers introduced new technology. Vineyards were replanted by the mid-1980s, and international investment started to flow into Chile in the 1990s. One of those investors was Robert Mondavi.

In 1991 Mondavi traveled to Chile, looking for a partner. Eduardo Chadwick came from Chile’s most important winemaking family, who can trace their grape-growing roots back to 1870. Chadwick took Mondavi on a tour of Chile’s top wine regions, and they began to talk about the potential of fine wine in Chile.

The idea was to model the wine on first-growth Bordeaux. To do this, they had to find the ideal site. They selected a hillside vineyard in the Ocoa coastal mountain range in the mid-section of the Aconcagua Valley. This valley is one of Chile’s four main producing regions. It is 60 miles north of Santiago and 25 miles from the Pacific Ocean. The Aconcagua Valley is a hot region, but the Antarctic Humboldt Current flows up the west coast of Chile and sends a daily breeze into the valley. In addition, due to the altitude, the hot air rises in the east and sucks in the cool air from the west, cooling down the land in the evenings. 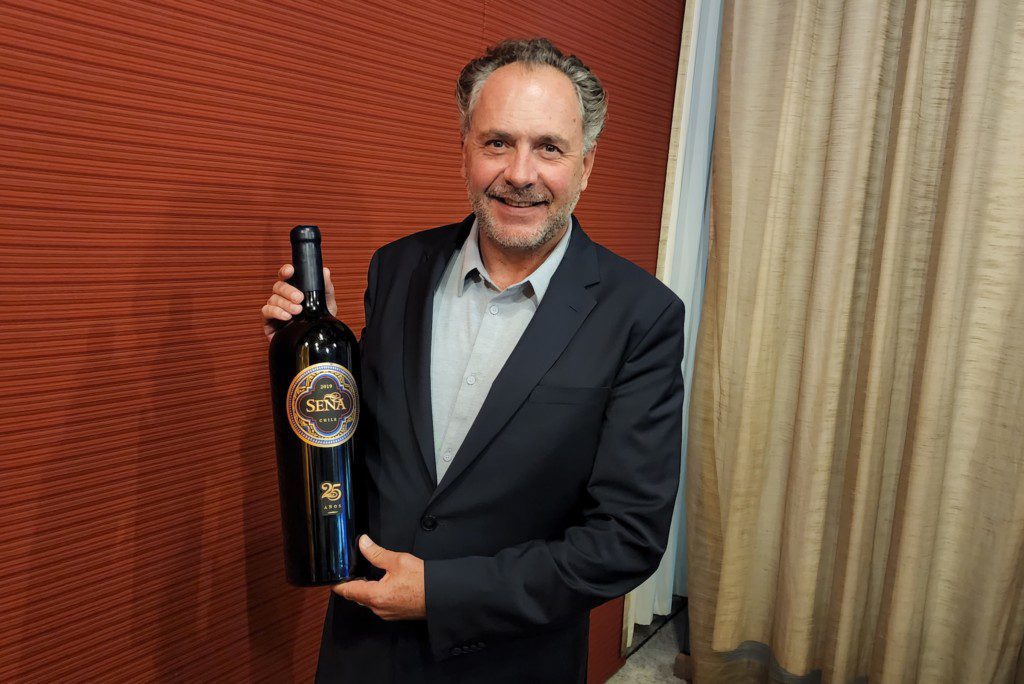 Seña planted Cabernet Sauvignon, Carménère, Malbec, Merlot, Petit Verdot and Cabernet Franc. Today the own-rooted vines are 30 years old. To preserve the land, they farm the land following biodynamic principles and were certified biodynamic in 2008. 1995 was the first vintage of the singular wine brand Seña. Eduardo Chadwick became the sole owner of Seña in 2004.

The name Seña, which means “sign,” was chosen because the brand would communicate to the world that Chile could develop world-class wines. This message was established in 2004 when Chadwick organized a blind tasting and master class in Berlin led by Steven Spurrier. The 2001 Seña, as well as the Viñedo Chadwick 2000, were blind-tasted alongside first-growth Bordeaux and 100-point-scoring Super Tuscan wines. The Chadwick 2000 came in first place and Seña 2001 came in second, confirming Chilean wine’s place in the fine wine world.

Seña now celebrates its 25th anniversary with the release of the 2019 vintage. And thanks to Seña’s Michel Couttolenc, vice president of sales and marketing for North America, and David Parker, CEO of Benchmark Wine Group, the Napa-based rare wine retailer, I was able to taste eight vintages across three decades from the winery’s library and Benchmark’s cellar. It was an opportunity to see how the wine has changed over time, as well as how the style has changed through the years. 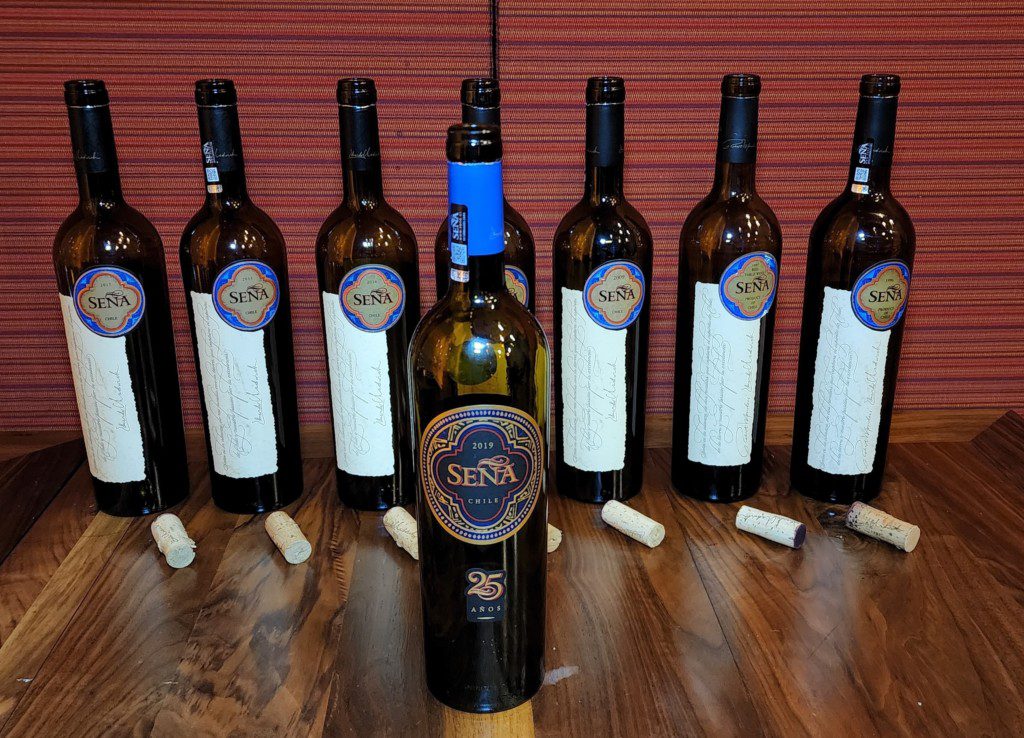 In the beginning, Seña was made with 100% Cabernet Sauvignon and had lots of oak influence. With more than 15 years of age on it, the 1996 has aromas of cassis, black olive, graphite, coffee and menthol and still has a freshness on the palate.

The 2009 Seña came in first place, ahead of Ornellaia, Château Margaux, Sassicaia and Château Mouton-Rothschild, in a blind tasting in Zurich in 2012. The nose offers aromas of ripe black fruits, tobacco, cigar box and spice, and on the palate the wine is round and dense.

A Cabernet-based wine with a lot of oak, this is a beautiful expression of Cabernet Sauvignon with floral and fruit aromas, followed by chocolate and herbal notes. After 10 years, the wine has fine tannins and a long, fresh finish.

A cooler vintage, the 2013 has notes of red fruits and coffee. On the palate, the wine is structured yet elegant with sandpaper tannins.

2014 was a warm vintage. The wine has a layer of aromas including red and purple fruits, cocoa, cedar, spice and vanilla. The palate is concentrated and rich with drying tannins.

2015 was an important vintage in which the style of Seña changed. Instead of being 70% to 80% Cabernet Sauvignon, it was 50% to 60%. In addition, this is the wine that received 100 points from James Suckling. A cool year, the wine has an intense nose with red and black fruit, leather, tobacco, black olive and spice aromas. Concentrated on the palate, the wine has a lovely balance between acidity and tannins.

2019 is the 25th anniversary wine and has a special label with the blue hue of lapis lazuli, Chile’s national stone, on it. A blend of 50% Cabernet Sauvignon with Petit Verdot, Cabernet Franc, Malbec and Carménère, the wine spent 22 months in French oak, 60% new. With less oak than previous wines, the aromatics are more pronounced. Lavender from the Cabernet Franc, deep red and blue fruits, leather, pepper, and spice from the Carménère shine, and the wine is smooth and elegant with soft tannins.

Seña was born in 1995 and through more than a quarter century, the brand has truly established itself as Chile’s iconic wine.

I fell in love with Madeira the first time I took a sip many years ago. I knew it was…

Trousseau is an old red wine grape found in the Jura region in eastern France. In Portugal, it is called…

Trousseau is an old red wine grape found in the Jura region in eastern France. In Portugal, it is called…