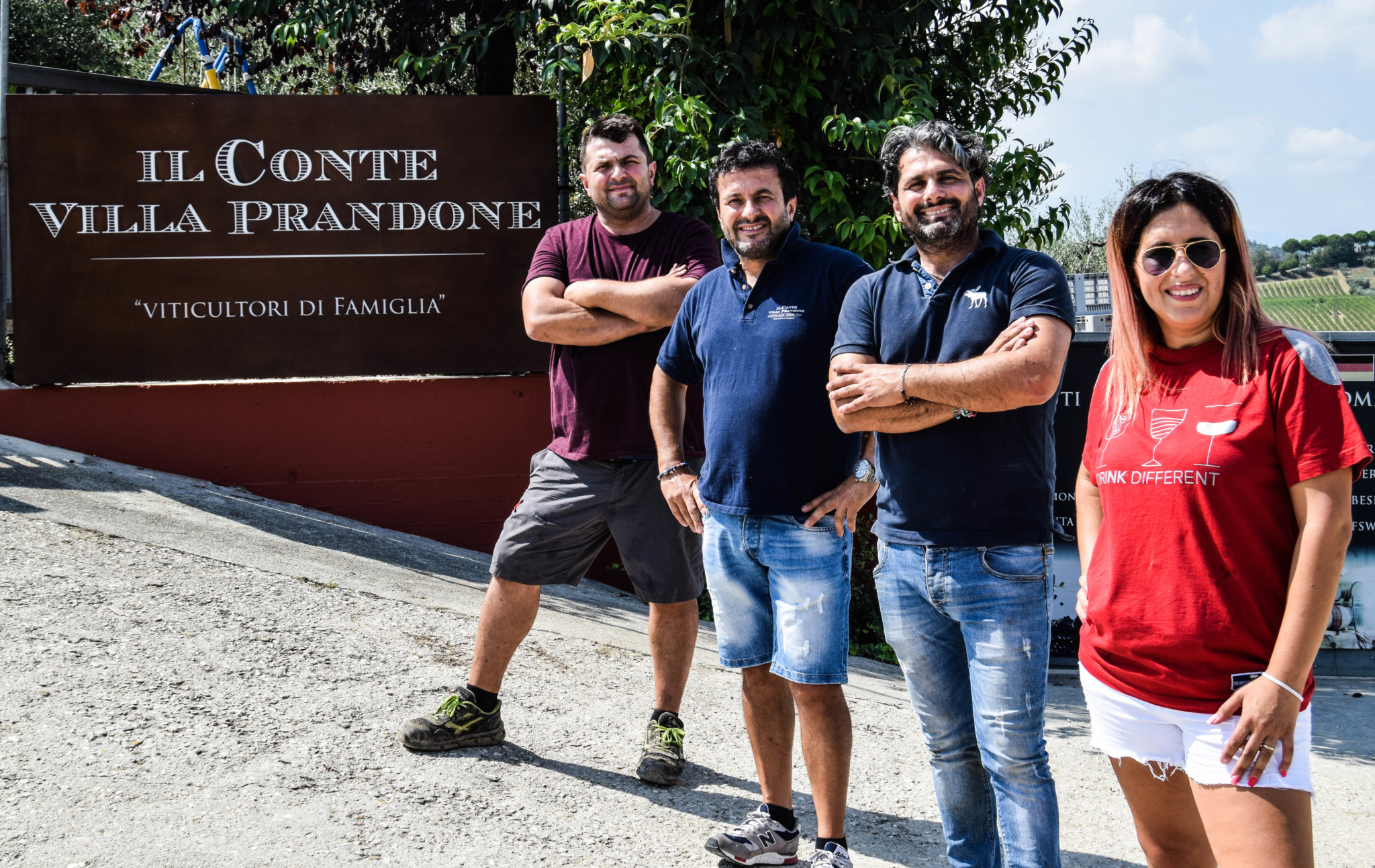 I have traveled to Italy many times and visited many regions. One region I have yet to visit is the Marche. But after tasting the wines of Il Conte Villa Prandone, which I wrote about in the Napa Valley Register and share here, the Marche is at the top of my list to visit in the future. 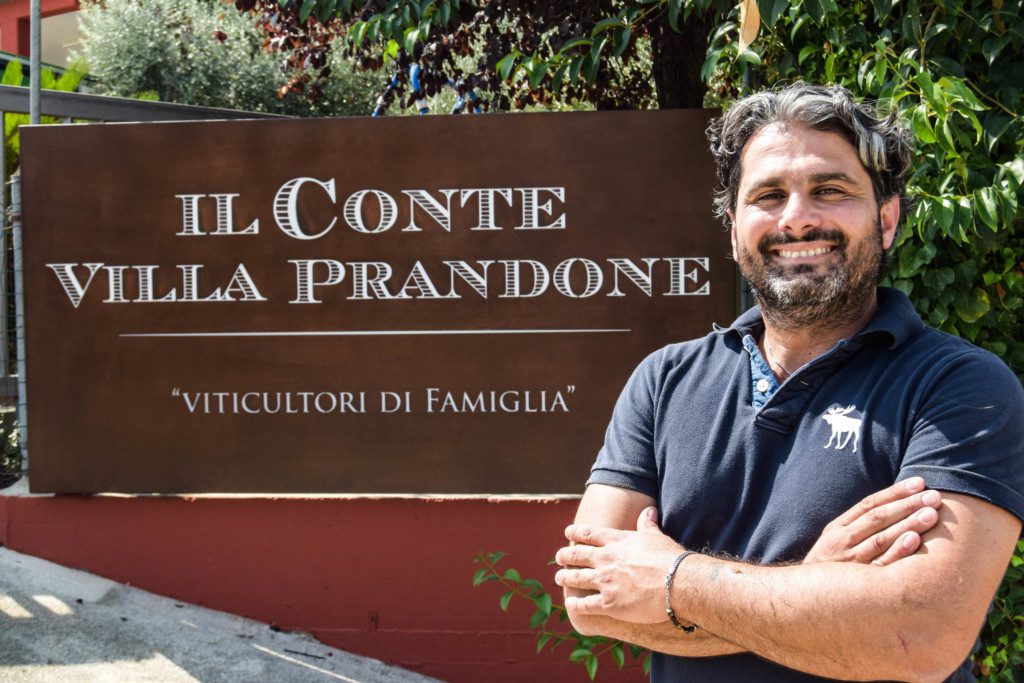 Italy consists of 20 regions, each of which produce wine. Of these regions, the Marche is a relatively unknown destination, located in the center of Italy, bordering Emilia Romagna, Toscana, Umbria and Abruzzo.

Considered one of the most scenic regions in Italy, it has a hilly and mountainous terrain that gently rolls toward the sea.

According to Il Conte Villa Prandone, it is the combination of beaches and mountains that make the Marche perfect for wine.

Emmanuel De Angelis is the third generation of the family at Il Conte Villa Prandone. Emmanuel and his siblings Walter, Samuel, and Marina, grew up next to the vineyards that were first planted by their grandfather Amilcare De Angelis. 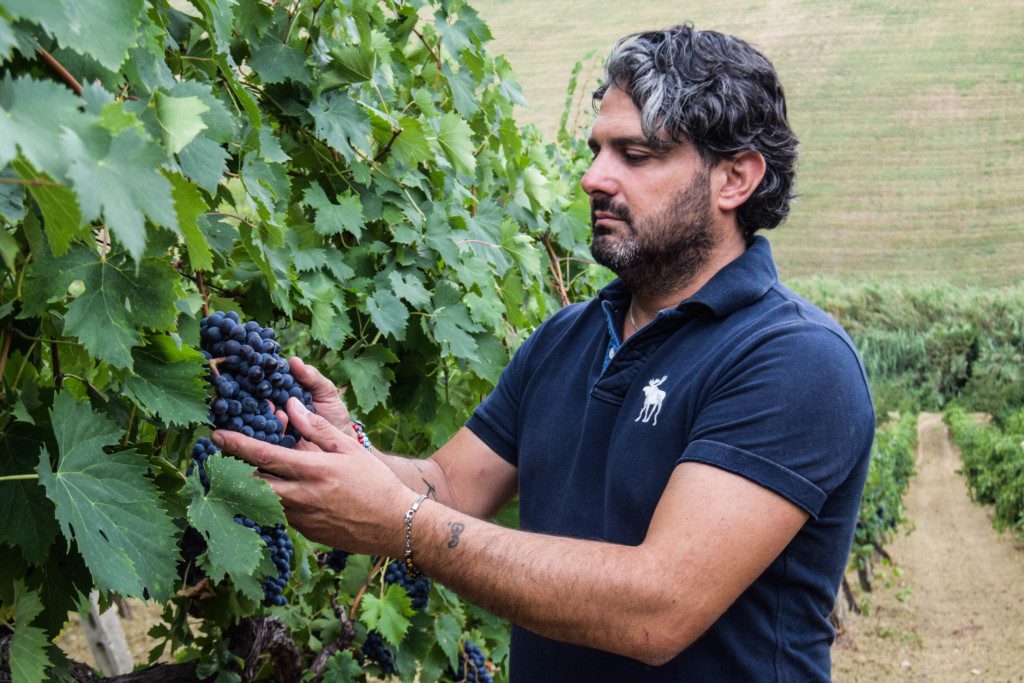 In 1956, Amilcare began cultivating 7 hectares in Ascoli Piceno, located in the southern part of the Marche. In 1988, Amilcare’s son, Marino De Angelis, took over the farm with 11 hectares of vineyards. Marino expanded by planting new vineyards, and the first official Il Conte Villa Prandone label was released in 1997 with the Zipolo wine.

Emmanuel, his father, his siblings, and his wife Mara today manage 50 hectares of vineyards that sit 250 meters above sea level in the heart of Piceno on the hills of the medieval village of Monteprandone. The family focuses on indigenous grape varieties such as Pecorino, Passerina, Montepulciano and Sangiovese, as well as some international grape varieties such as Merlot.

Biodiversity plays an important role at Il Conte Villa Prandone. The family started to focus on sustainability in 1995 and today continue to focus on conserving the land where they live and raise their children. They do not use any synthetic or chemical pesticides or herbicides in the vineyard. In the winery, waste materials are reused, and they have a photovoltaic system for electricity.

Family is at the core of the wines of Il Conte Villa Prandone. The family name De Angelis means “the angels” and the original logo was of two angles around a tree. After two decades of wine production, the family released a new logo and label. The new logo is now the image of an angel with three stars above its head, representing man, sky and land. The label on the DOCG wines also has golden leaves that represent the leaves on the vines.

During a virtual tasting with Emmanuel and Mara De Angelis, we enjoyed five of their wines.

Pecorino got its name because of the sheep (pecore) who went to the mountains and would eat all the sweet grapes. While Pecorino is grown in Abruzzo and other surrounding regions, the Marche is home to the only DOCG for Pecorino. For this wine, the Pecorino grapes, which grow in clay, stone and sandy soils, spend six months in concrete.

The wine is an intense yellow color. The wine is complex with rich texture, intense acidity and aromas of lemon, honey, white pepper and floral notes. The richness and freshness is what stands out in this mineral-driven wine that is vibrant, fresh and beautifully layered with a persistent, saline finish. This is a wine that has the potential to age for as many as 10 years, if you do not drink it first, as I did. Enjoy this wine with seafood and poultry dishes.

“Everyone knows Sangiovese” Emmanuel explained, “but this Sangiovese is a particular clone found in this area.”

The grapes stay on their skins for 20 days and are fermented in old cement tanks. Notes of red fruits, red cherry, licorice and florals on the nose give way to juicy red fruits flavors of cherry and pomegranate on the palate. The wine is smooth, fresh, and easy drinking with fine tannins. This is a wine that is enjoyable now but can be enjoyed for the next seven years. Drink with grilled meat, cheeses, and roasts.

A blend of 70% Montepulciano and 30% Sangiovese, this wine is aged for one year in two-year-old barriques. The wine has notes of crushed boysenberry, pomegranate, stone minerality and spice with fine-grained tannins. With its notes of fresh crushed fruit and velvety tannins, it was Il Conte Villa Prandone’s first wine in Wine Spectator’s Top 100 and received 91 points. This wine will pair with grilled meats and mature cheeses.

Rated the second-best red wine in Italy in 2022 by wine critic Luca Maroni, who gave the wine 97 points, Zipolo is a blend of 70% Montepulciano, 15% Sangiovese, and 15% Merlot that is aged for two years in barrique and big barrels.

The Montepulciano is the muscle in the wine, the Sangiovese provides the acidity that gives the wine a long shelf life, and Merlot gives the elegance. The wine has notes of blackberry, dark fruit, vanilla, sweet tobacco, cedar, dried flowers and violets. There is a roundness on the palate with soft fruit tannins on the perimeter of tongue. Pair this wine with roasted meats and game.

This wine is named in honor of Amilcare De Angelis who was called “Lu Kont,” which is dialect for “the Count.” It is made from 100% Montepulciano coming from 50-year-old vines. The grapes spend 15 months in barrique, followed by 15 months in concrete and one year in bottle before three more years of refining.

Aromas of anise, and violets, strawberries, cherry, wild berries, grapefruit, and graphite lead to a full-bodied wine with balanced acidity and drying tannins. This is a big wine but not overpowering. It is balanced and graceful and represents the character of the land. This is a wine to pair with game and meat.

Named after Count Prandone who founded the town in the 9th century, this wine is 100 percent Merlot. The grapes spend 20 days on skins fermenting in cement, followed by aging in oak barrels, concrete tanks, and amphora for 30 months and then one year in bottle. Only made in the best vintages, the 2017 has notes of wild red berries, plums, a hint of brown spice and a delicate touch of chocolate with a mineral lifted finish and smooth lingering tannins.

Marche may be a region we do not know very well but after tasting the wines of Il Conte Villa Prandone, I am interested in learning more.

Ever since the movie Sideways put Pinot Noir on the map, people have been saying that Syrah would be the…