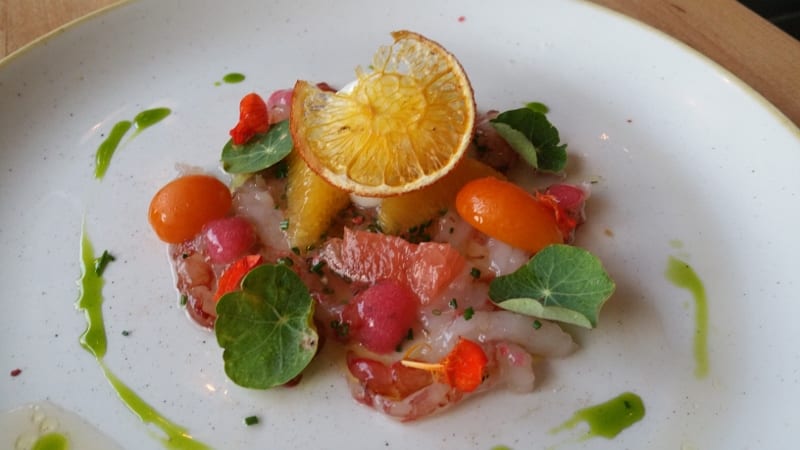 11 Jan Dining in the ‘food city of the moment’: Los Angeles

Posted at 10:50h in Food by Allison Levine
0 Likes
Share

Editor’s note: Until my son moved to Los Angeles to go to medical school and then decided to stay there for his residency, I’d never thought of L.A. as a culinary destination. But since then, every time we visit him, he takes us to a new and fascinating place: a hole in the wall that serves fabulous ramen, or a seemingly ramshackle place on the beach the cooks up spicy wonderful Caribbean food, or the place that is reported to have the best burger in L.A., located down a hallway behind a butcher shop in Santa Monica. Who knew that an intern has so much time to eat? But it is turning out that L.A. has one of the most vibrant and diverse food scenes I’ve ever visited. With this in mind I asked our wine columnist Allison Levine, who lives in L.A., for a list of her favorites. —Sasha Paulsen

For years, when one thought of food, restaurants and must-eat-at destinations, Los Angeles was not a city that came to mind. But the city of 14 million has been gaining recognition for its food scene over the last five or so years.

Los Angeles Times Food Critic Jonathan Gold called Los Angeles the “food city of the moment” and restaurant critics from New York and San Francisco have agreed. In fact, Zagat named Los Angeles number one in their list of “30 Most Exciting Food Cities in America 2017.”

I spend much of my time traveling around the country and the world. It is always exciting to explore the food scene in a given city and enjoy wonderful meals. But every time I come home to Los Angeles, I am really blown away by the quality and diversity of the food scene, where chef-driven restaurants, exotic cuisine and innovative cooking are all celebrated. There is also the sheer quantity of restaurants.

New restaurants are opening on a weekly basis. Local celebrity chefs have opened additional locations, new young chefs have realized their visions and a handful of well-known out-of-town high-profile chefs have descended upon Los Angeles for their newest outposts. At times, it seems almost impossible to keep up, but I do my best. Here are some of my favorite restaurants where I had some of my more memorable meals of 2017. 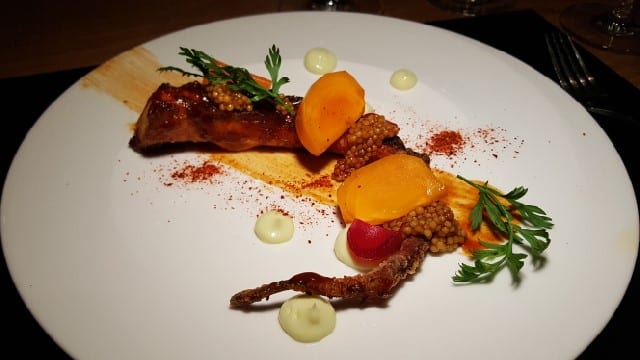 71 Above—Located on the 71st floor of the US Bank building in downtown L.A., the breathtaking 360-degree views of Los Angeles from 950 feet above ground level make this a must visit restaurant. However, the three-course pre-fix modern American menus by Chef Vartan Abgaryan feature seasonal ingredients and wonderful flavors that may distract you from the views. 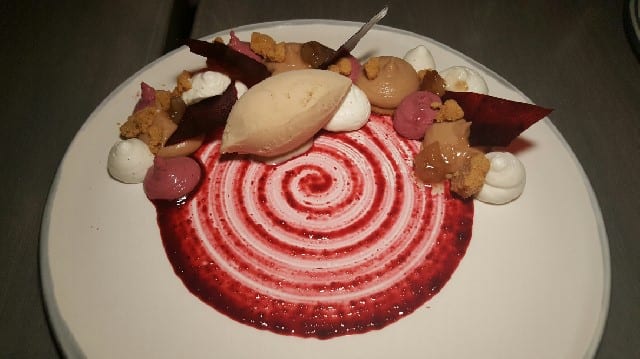 Spring – Chef Tony Esnault melds the flavors of Provence and California at Spring, an elegant French restaurant located in the old 1898 Douglas Building on the corner of Spring Street and Third Street. The dining room is in an atrium filled with trees and fountains with views of the open kitchen and the flavors are clean, fresh and bright. 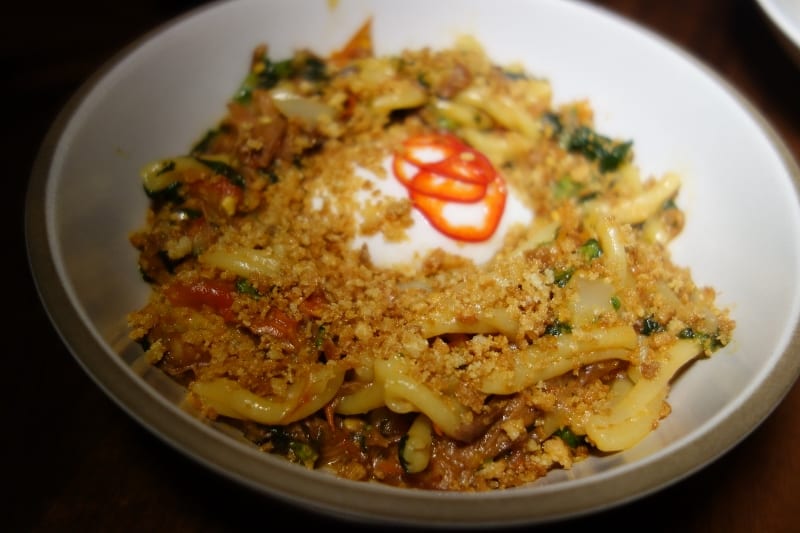 Redbird – Sitting at a table at Redbird, located inside the former rectory building of the Vibiana cathedral-turned-event-venue, the high ceilings and warm atmosphere are comforting. Redbird is casual fine-dining and Chef Neal Fraser’s menu of New American cuisine showcases his love for Los Angeles’ diverse cuisine. 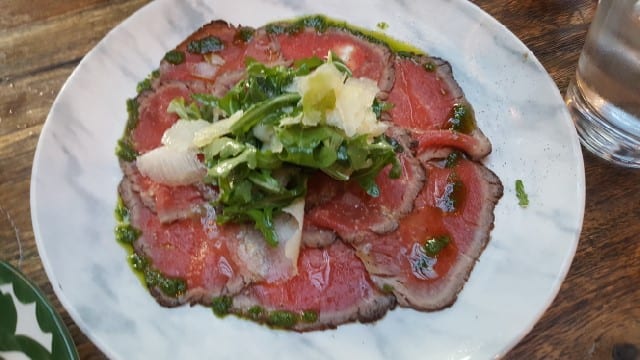 Factory Kitchen and Officine Brera – These two Italian restaurants owned by Matteo Ferdinandi and Angelo Auriana are in the same building in the Arts District and yet offer something different. The long and narrow Factory Kitchen with its low ceilings, concrete walls and floor-to-ceiling windows in the front of the building serves delectable handmade pasta dishes, especially the Mandilli di Seta, aka Handkerchief Pasta with Creamy Pesto. Officine Brera, on the other hand, has a high ceiling, exposed brick and a more industrial feel and offers a heavier traditional menu of meats and breads from the wood-burning oven, the grill and the rotisserie. 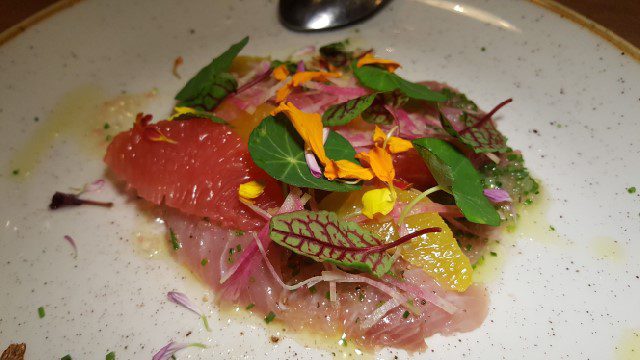 Kali – Featuring only ingredients sourced from California, business partners and fine-dining veterans Drew Langley and Chef Kevin Meehan have created the perfect neighborhood restaurant. Kali is located on Melrose Avenue near Paramount Studios, and while it is a casual restaurant, the service is as if you were at the finest of restaurants. 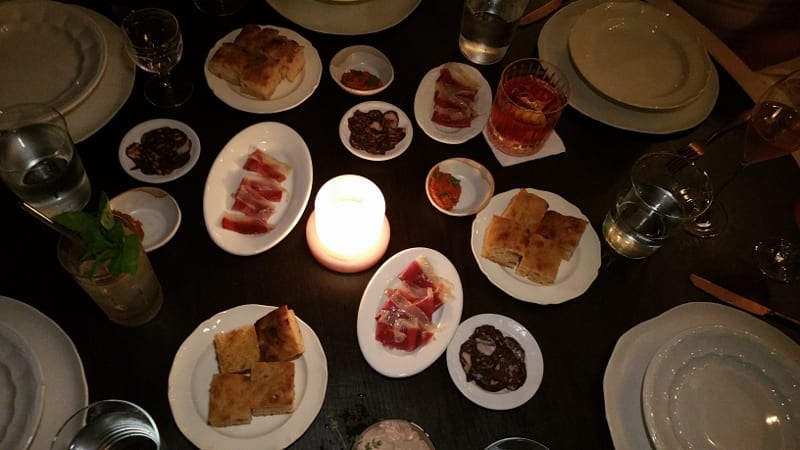 Gwen LA – For the meat-centric lovers, Curtis Stone’s Gwen LA is the answer. A European-style, chef-driven butcher shop sits at the front of the restaurant. Inside, the restaurant offers a 16-bite tasting menu with meats cooked in the big walk-in fire pit. 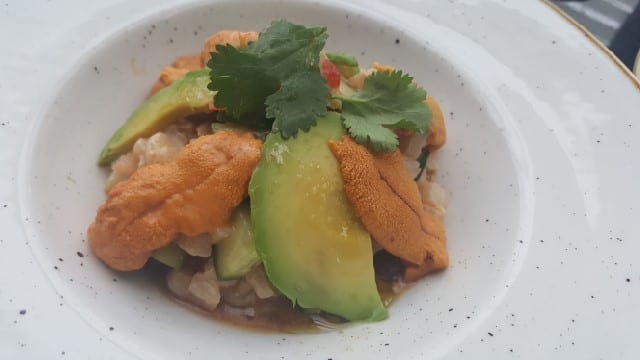 Verlaine – I first tried Chef Diego Hernandez’s food at his restaurant Corazon de Tierra in the Valle de Guadalupe in Baja California. At Verlaine, he has created a modern Mexican menu with a California influence, enhanced all the more as you sit outside in the open-air patio. 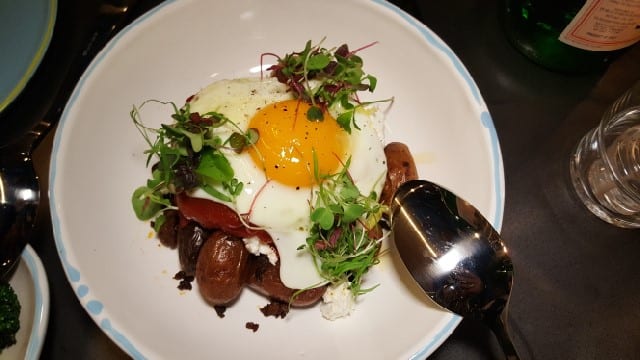 Rosaline – Peruvian Chef Ricardo Zarate’s Rosaline is a project that reflects his passion for Peruvian cuisine. At the bright, vibrant Rosaline, classic Peruvian dishes as well as street-food fare are served with a California touch. Selecting something from the ceviche menu is a must. 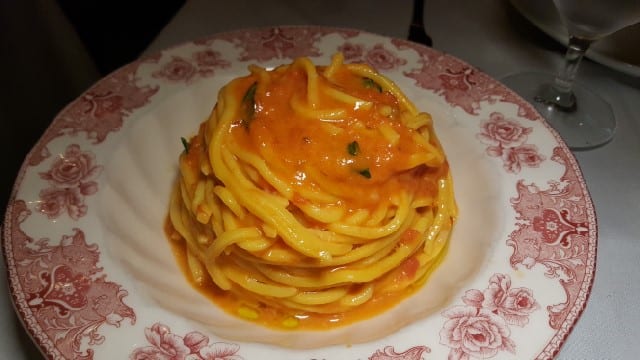 The Ponte – With arguably one of the best patios in Los Angeles, The Ponte is a contemporary Italian restaurant by James Beard Award-winning chef Scott Conant. The menu offers pizzas, pastas and meats but one of the stand-out dishes is the mushrooms with polenta, as well as the simple, yet extraordinary, pasta al Pomodoro. 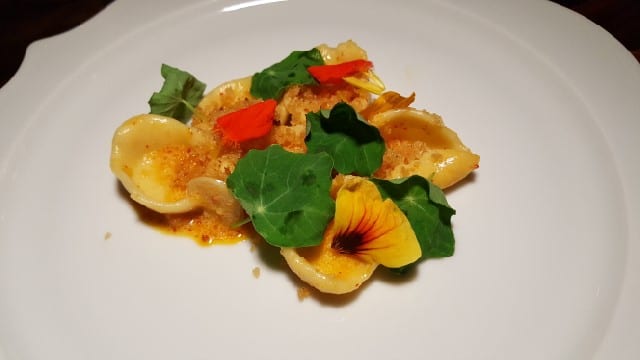 Maude – Chef Curtis Stone opened the 25-seat Maude in 2014 and I have been a fan from the start. For four years, he featured a different seasonal ingredient each month that was integrated into a 10-course tasting menu. Out of 47 seasonal menus, I indulged in 38 of them. The format is changing in 2018, and Maude will focus on a wine region each quarter and create a tasting menu around that region. First up…Rioja. 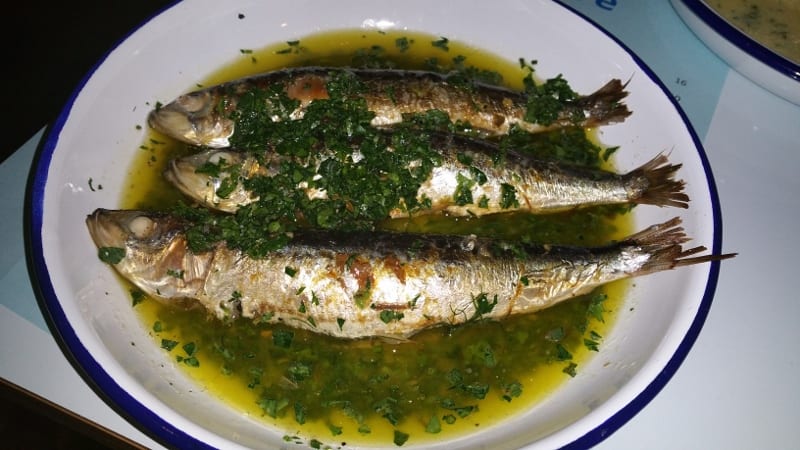 Inotheke—Carolos Tomazos, who is originally from the island of Cyprus, opened Inotheke to offer a modern interpretation of Greek cuisine. After two trips to Greece, it was wonderful to find a Greek restaurant serving the clean, fresh authentic flavors that I had enjoyed during my travels. 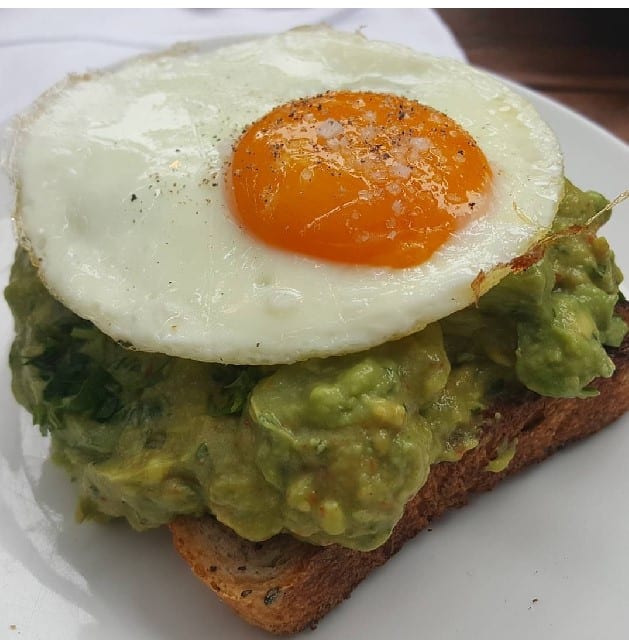 Rose Café – An iconic Venice restaurant, it was given a makeover a couple years ago and is a vibrant, bright, energetic restaurant and bakery. Chef Jason Neroni offers a produce-driven menu, as well as many pastas. Open for breakfast, lunch and dinner, this is a favorite brunch spot. 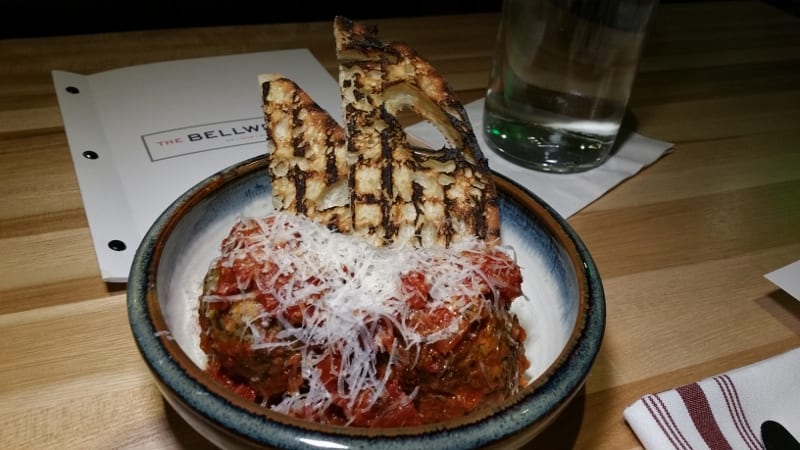 The Bellwether – The Valley has always had a negative reputation for food, but The Bellwether is a shining example to the contrary. Ted Hopson and Ann-Marie Verdi opened a modern gastropub serving a market-inspired menu that showcases the abundance of California produce making The Bellwether a destination for people to drive over the hill for a meal. 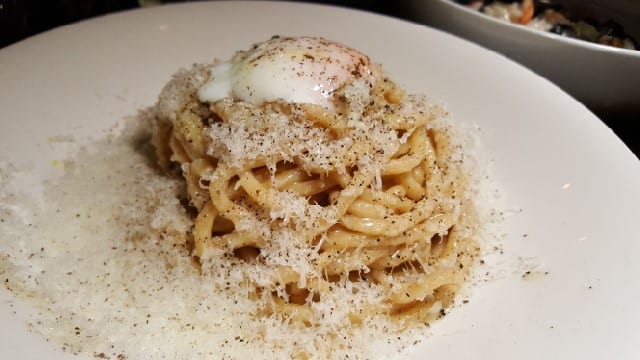 Union – Currently competing on Top Chef, Chef Bruce Kalman specializes in homemade charcuterie, pickles and fresh pasta. All of this can be found at his restaurant Union with its menu of Northern Italian-inspired cuisine with local, farm-fresh ingredients. The food is simple and straightforward but is full of flavor and served in an intimate neighborhood restaurant.

Are your taste buds enticed? There are direct flights on Alaska Airlines from Santa Rosa to LAX or fly in luxury on the public charter JetSuiteX from Concord to Burbank. With the ease of travel between Northern California and Southern California, there is no time like the present to come to Los Angeles to explore the food scene.

This story was also pick up by The Capital Journal in South Dakota!

Please The Palate Pick of the Week: Milk and Eggs

Grocery shopping can be a pain. At least, I find it to be. I prefer to get fruits and vegetables…

Please The Palate Pick of the Week: Brunch at Good Measure

Good Measure has been on my list of restaurants to try since it opened this past summer. But between my…