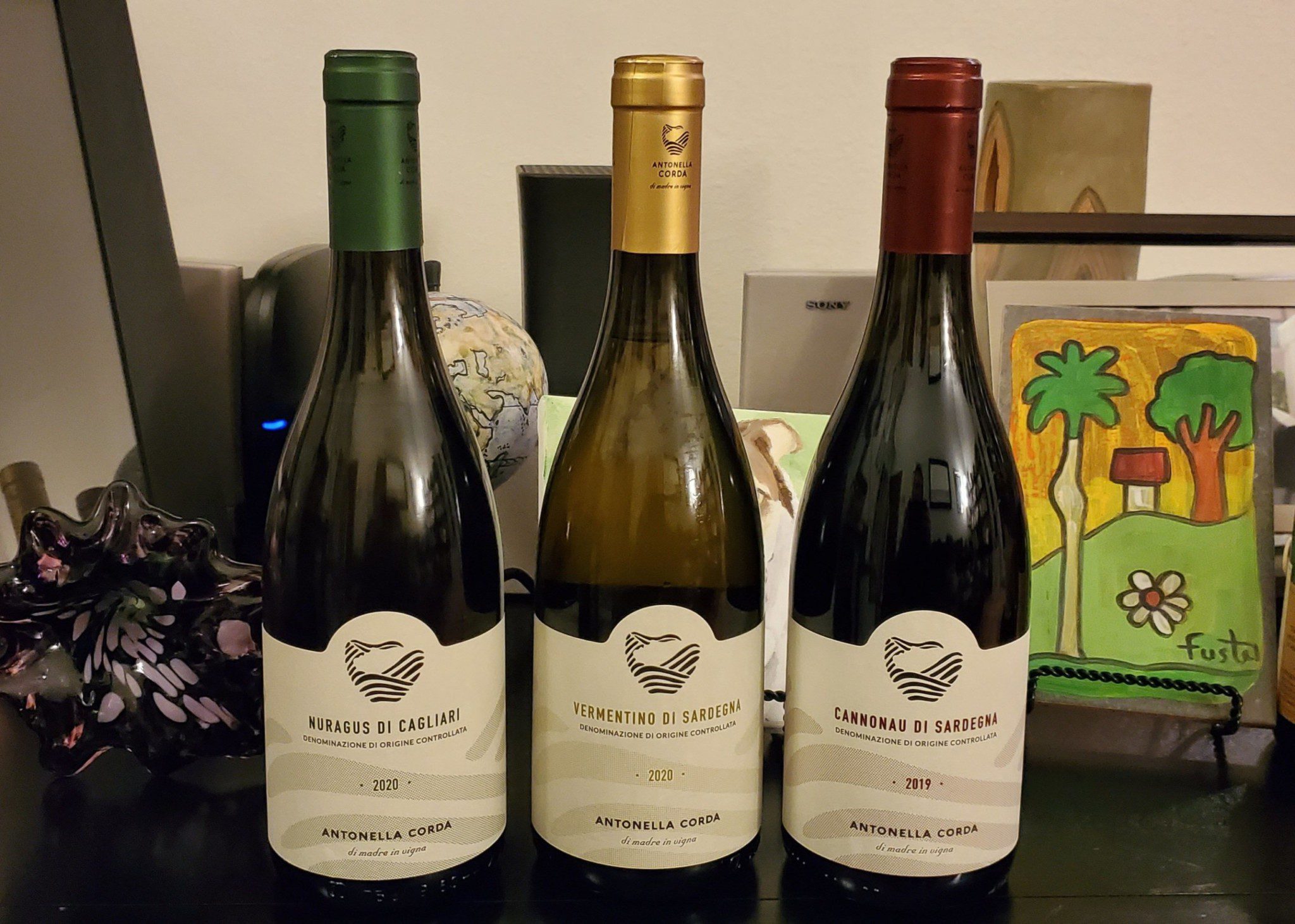 08 Mar Antonella Corda Winery: One woman’s dream in ‘the jewel of the Mediterranean’

On March 8th, we celebrate International Women’s Day. In honor of the day, I am sharing a story I recently wrote in the Napa Valley Register about Antonella Corda Winery in Sardinia. Antonella grew up among the vines, inheriting her love of wine from her mother. Today she is the mother of the vines and makes incredibly beautiful wines from indigenous grape varieties including Nuragus, Vermentino and Cannonau. 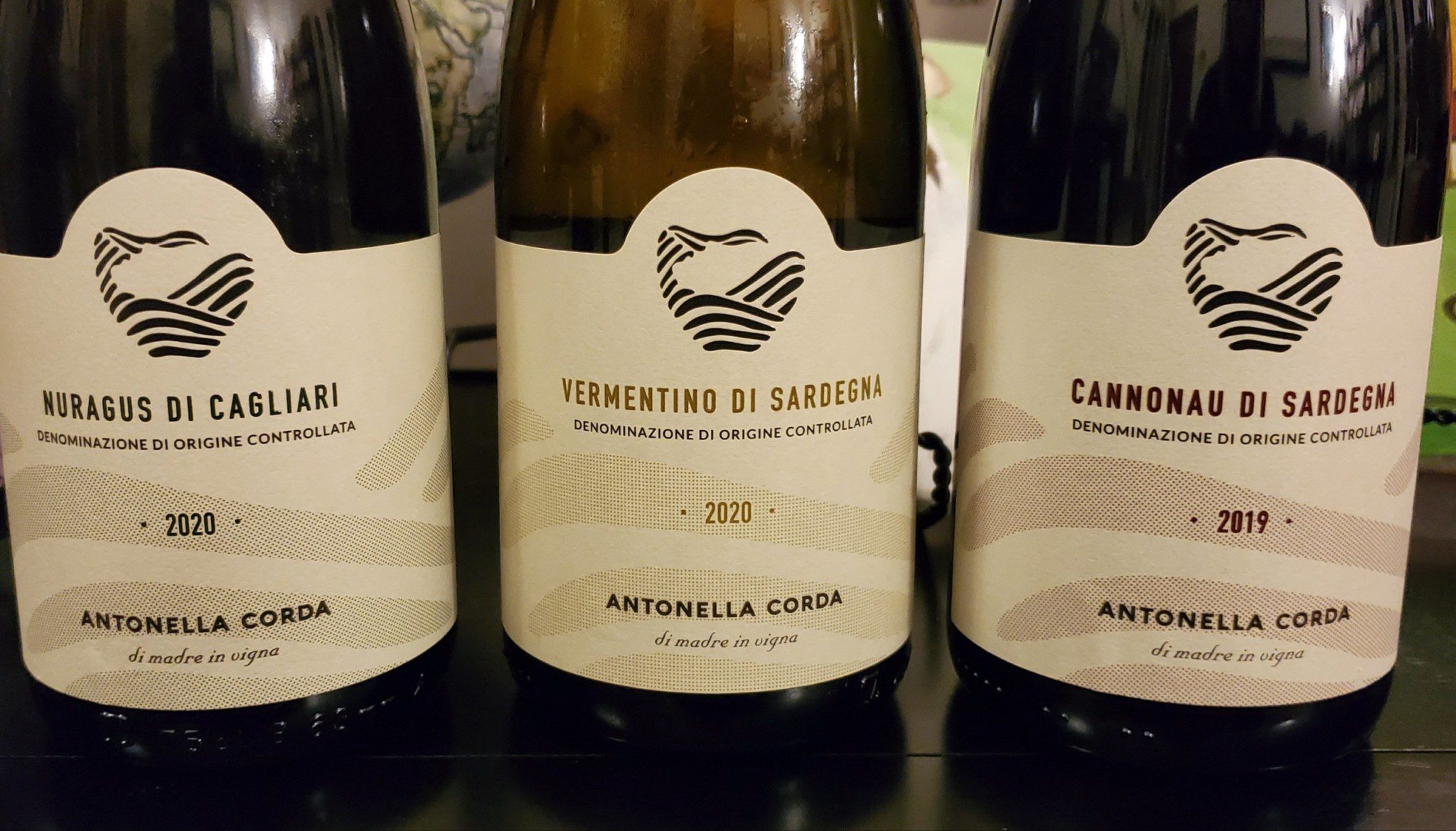 As a child, Antonella Corda grew up in the vineyards of her family who have been grape growers for generations. She inherited her love for the vines from her parents, especially her mother, Maria, who impressed on her daughter the understanding that wine begins in the soil.

Her family was producing bulk wine, but Antonella had a dream. After graduating in agricultural sciences and technology at the University of Sassari in Italy, she took 16 hectares of vineyards that she inherited from her grandfather, and in 2010 she founded her eponymous Antonella Corda Winery. She became the mother to the vines.

Antonella Corda Winery is in Sardinia, the jewel of the Mediterranean, located north of Africa, west of Italy, south of France and east of Spain. The Mediterranean climate of Sardinia is hot, but the strong, cold, northwesterly mistral winds keep the grapes from burning, and instead they exhibit freshness and acidity.

The Antonella Corda property covers 40 hectares, which includes the 16 hectares of vineyards, as well as 12 hectares of olive trees, three hectares of cropland, and the remainder for grazing. From the start, Corda took a sustainable approach but as of 2021, Antonella Corda wines are organically certified. With a belief that wines are reflections of the terroirs, Corda focuses exclusively on indigenous grapes.

Sardinia is home to 120 native grape varieties and is most known for its Cannonau. Corda has Vermentino, Cannonau and Nuragus planted in her 16 hectares of vineyards. There are two vineyards with six hectares at Mitza Manna and 10 hectares at Mitza s’ollastu. Mitza Manna, with sandy, clay, and loamy soils and the presence of calcium, is ideal for the natural freshness and floral notes of the Vermentino and Nuragus. Mitza s’ollastu, with sand and loam soils, is home to Cannonau and Vermentino.

Nuragus is an ancient white grape variety produced around the island’s capital, Cagliari, and it is used to produce Nuragus di Cagliari DOC. Antonella Corda has one hectare of Nuragus planted. Picked in October and after 15 days of fermentation, the wine is aged in stainless steel for six months. On the nose, the wine is fresh and delicate with citrus and savory aromas. On the palate, the wine has flavors of lime pith. Light tingling acidity and a salty finish, the Nuragus expresses the land and the sea where it is grown and would pair well with oysters or sashimi.

Vermentino is widely planted in Sardinia and Tuscany. Corda picked her Vermentino in September and after a native fermentation, the wine spent six months in stainless steel. Fragrant with notes of orange, grapefruit, flowers, and sage, the Vermentino has more body than the Nuragus. Soft acidity coats the palate and there is a lovely mineral and herbal finish. I would pair this wine with fish or shellfish.

Cannonau, often thought to be Grenache, is not Grenache but it is related to Grenache. Cannonau is indigenous to Sardinia and has been on the island of Sardinia for more than 2,000 years, predating the Spanish in Sardinia. Corda picked the grapes in September and aged it in stainless steel tanks which allows the fruit aromas to shine. The wine has a beautiful nose of cherry, raspberry, and rose petals, as well as white pepper notes. On the palate, the wine is savory with herbaceous flavors with soft tannins and finishes with a fresh lift. The wines of Antonella Corda are an expression of her character and of place. As I drink them, they make me feel like I am in Sardinia breathing in the warm sea air. As I write this, Antonella Corda is set to become a first-time mother. And, just as she inherited her love of the vines from her mother, so will her child.

Sauvignon Blanc is one of the world's most popular white wines. It is often made in stainless steel tanks resulting…

Please The Palate Pick of the Week: South of Somewhere: Wine, Food and the Soul of Italy by Robert Camuto

I love to read. But I cannot seem to find a lot of time to read a book these days.…