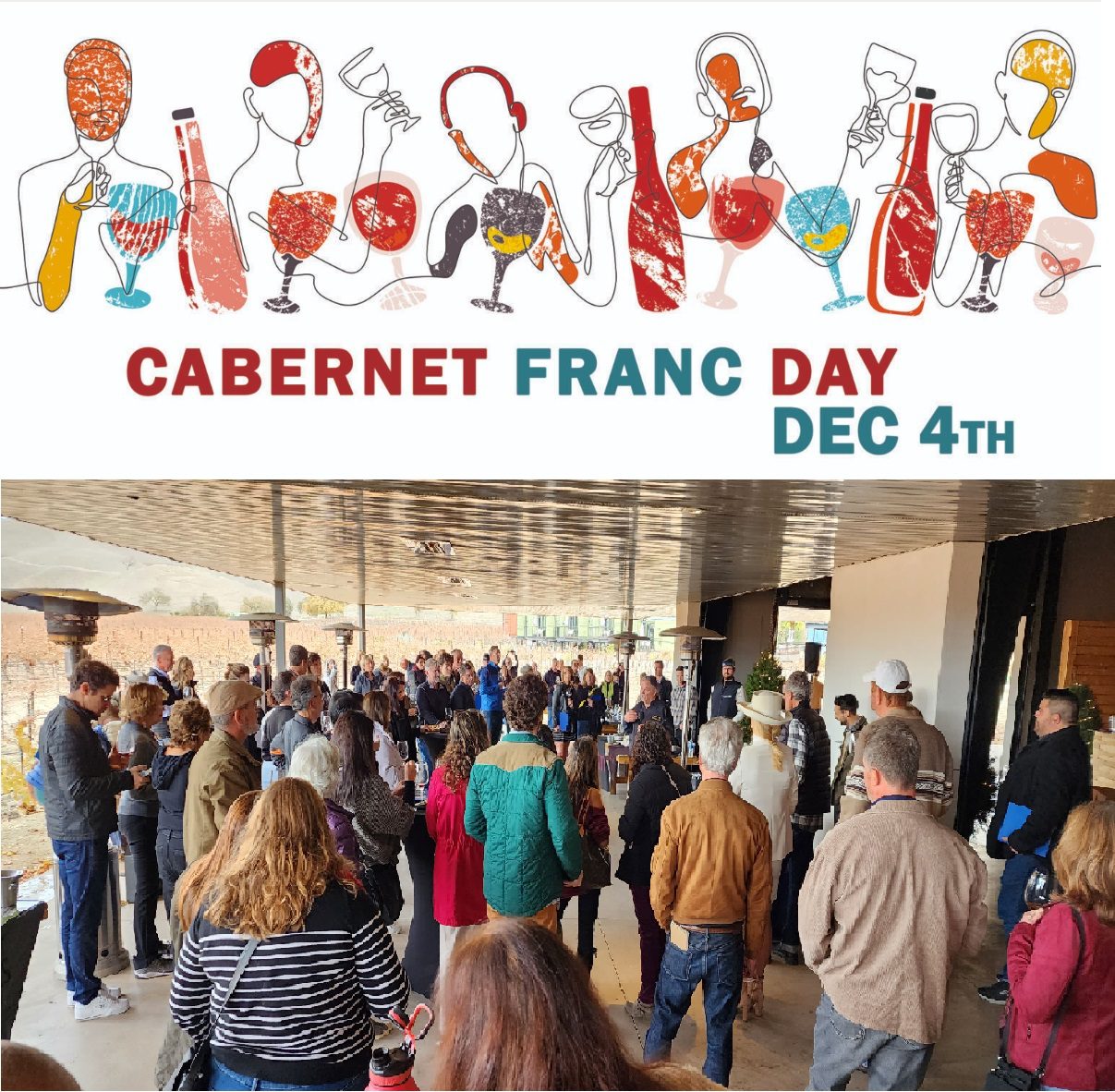 24 Jan A day for Cab Franc (and Cardinal Richelieu) 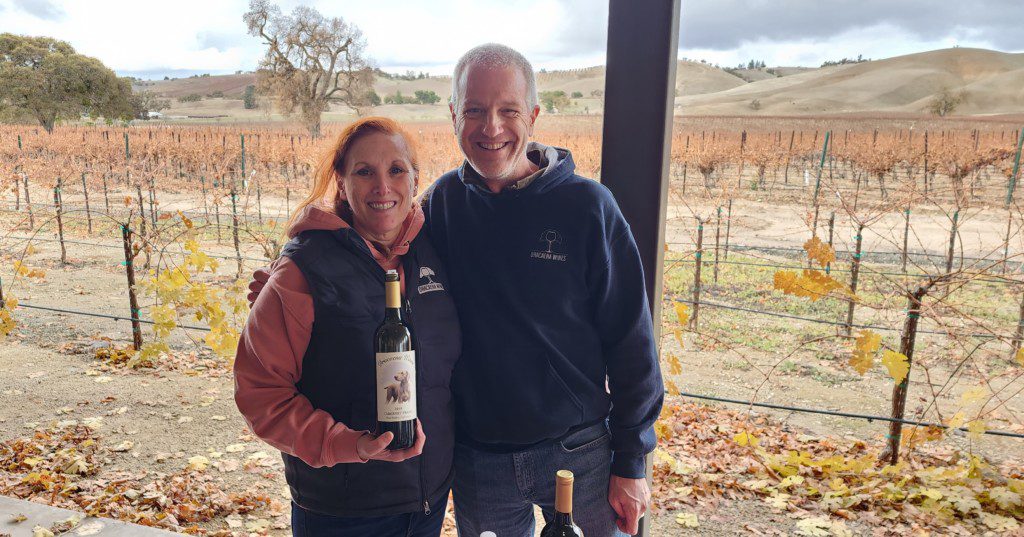 Cardinal Richelieu was one of the most powerful men in France in the 17th century. As the chief minister to King Louis XIII, he was influential in military and political decision making. Not only did Richelieu help to create an absolute monarchy in France, but he was also the inventor of the table knife. And most importantly, at least to wine lovers, he was responsible for transporting Cabernet Franc vine cuttings from Bordeaux to the Loire Valley. Today, Cabernet Franc, beloved by many, is grown not only in the Loire Valley and Bordeaux, but around the world.

Cabernet Franc, with primary flavors of strawberry, raspberry, violets, crushed gavel and bell pepper, is a medium bodied red wine with medium-high tannins and medium-high acidity. It has less color intensity than Cabernet Sauvignon and tends to ripen a week earlier. Cabernet Franc can thrive in a variety of soils but loves gravel, limestone, sand, and clay soils. Cabernet Franc also thrives in various climates and can ripen in regions with slightly cooler temperatures than regions noted for Cabernet Sauvignon.

Cabernet Franc is the parent grape to Cabernet Sauvignon and Merlot, as well as Hondarribi Beltza, found in the Basque region of Spain.

Cabernet Franc around the world 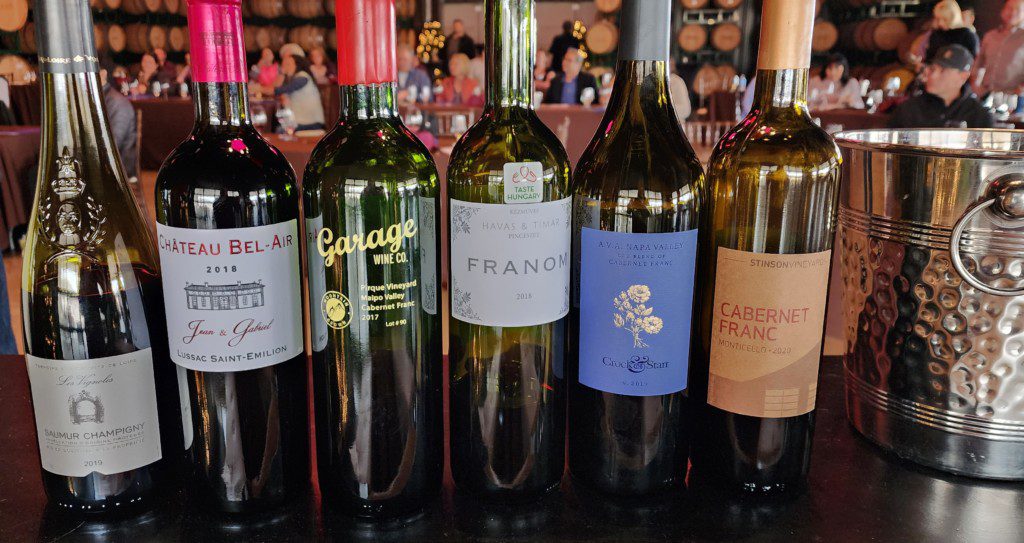 There are 65,000 hectares (160,000 acres) planted worldwide. France is the largest producer where single-varietal Cabernet Franc is found in the Loire Valley and Cabernet Franc plays an important role in Bordeaux blends.

Tuscany in Italy is the second largest producer of Cabernet Franc. The grape is also planted in the United States, on both the west and east coasts, as well as in British Columbia. Cabernet Franc is also prospering in Hungary, Greece, Bulgaria, Slovenia, Croatia, Spain, Argentina, and Chile.

Six wines from around the world were featured in the seminar at the Cab Franc Day Celebration.

In the Loire Valley, only red wine production is permitted in the region of Saumur. Cabernet Franc is the primary grape, with small amounts of Cabernet Sauvignon and Pinot d’Aunis permitted. This wine has pretty floral and red fruit notes, and some subtle herbal notes. It is elegant on the palate with soft but present tannins, a long finish, and a full mouthfeel. Food pairing suggestions are chanterelle mushroom soup or grilled lamp chops with rosemary and salt.

St. Emilion is the oldest active wine producing appellation in the Bordeaux region and is home to three distinct terroirs: the limestone plateau, the slopes closest to the plateau and the flats. This wine is a blend of 50% Cabernet Franc and 50% Merlot from 35-year-old vines. The wine is dark in color with a complex, intensely fresh nose with black fruits, eucalyptus, umami, earthy, toasty, and vanilla notes and grippy tannins. Food paring suggestion is confit rabbit tacos.

Cabernet Franc is very much at home in Hungary, where two percent of the world’s Cabernet Franc is found. This 100% Cabernet Franc wine from 30-year-old vines has notes of blackberry, sour cherry, cassis, eucalyptus, and tobacco. The wine is medium+ bodied with lively acidity that creates nice tension on the palate. Food pairing suggestions are orange zest marinated rack of lamb with little bit of chili and any grilled red meat.

The Maipo Valley in Chile has been called the “Bordeaux of South America.” This wine is 100% Cabernet Franc and has an elegant brightness on nose with notes of blue fruits, menthol, and herbs and tingling acidity coats the tongue. Food pairing suggestion is tri-tip.

Thomas Jefferson’s attempt to bring Bordeaux varieties to the East Coast in 1771 was an abject failure. Fortunately, today there are more than 300 wineries across the region. One of these wineries is family-owned Stinson Vineyards is in Virginia’s Blue Ridge Mountains. The wine is full-bodied with spicy tannins and dried floral, baking spice, and white peppercorn aromatics. A food friendly wine, it would work with smoked BBQ.

While Cabernet Franc plantings in Napa have increased 13.5% between 2006 to 2016, there are only 1211 acres of Cabernet Franc to Cabernet Sauvignon’s 24,453 acres. This wine is a Cabernet Franc dominant blend with 68% Cabernet Franc, 23% Cab Sav, 7% Petit Verdot, 2% Malbec. The wine has aromas of blueberry, milk chocolate, cedar and vanilla. It has a plus mouthfeel and lots of spice on the finish. Food pairing suggestion is beef short ribs with mashed potatoes.

There are fewer than 500 aces of Cabernet Franc planted in Paso Robles, a warmer region than the others. Cabernet Franc from Paso tends to be more intense with more tannin, color and structure, as well as higher in alcohol. But Paso Robles offers much diversity within the region with regards to soil differences, elevation variation, and proximity to the ocean. Cabernet Franc is successful in Paso Robles.

With 16 Paso Robles wineries present at the grand tasting, there was a lot to taste and here are five highlights.

A fun twist with Cabernet Franc, the Field Recordings is a Pét-Nat Rosé sparkling wine made from Cabernet Franc from vineyards in Paso Robles. The grapes were crushed and left on the skins for only six hours before being pressed to stainless steel tanks. Before fermentation was complete, the wine was bottled. The result is a beautifully fresh and dry wine with bright strawberry and rhubarb notes.

Union Sacré was started by two friends from different continents whose focus is to pay homage to Alsace, France. The Cabernet Franc is fresh with blueberry, violet, and earthy notes, as well as a lovely herbaceous note on the finish.

Dracaena [druh-see-nuh] was named in honor of Lori and Mike’s beloved dog Draco, a Weimaraner, who was named after Draco, the Dragon, a constellation in the Northern Hemisphere. The Classic Cabernet Franc is 91% Cabernet Franc and 9% Petit Verdot and has aromas of dark cherry, baking spice, plum, dusted chocolate, and cassis; the Petit Verdot addition gives the wine some structure.

This limited production wine has 14% Cabernet Sauvignon added. The result is a wine with plum, blackberry, leather, cocoa powder and dried herb aromas and a smooth finish.

Inspired to make a Chinon-style Cabernet Franc, LXV winemaker Jeff Strekas loves working with Cabernet Franc as he feels it is “honest, true, and direct. It wants to show itself but is not overpowering. And, when it is made properly, it is its own incredible grape.” This reserve Cabernet Franc is beautifully aromatic wine with notes of raspberries, violets, white pepper, sage, and vanilla and a plush mouthfeel.

It has been a few years, but Sojourn Cellars in Sonoma returned to LA this past weekend for their release…

Please The Palate Pick of the Week: Wine and Tapas with Bodega Colomé Winemaker Thibaut Delmotte at the Cara Cara Rooftop at the Proper Hotel Downtown LA

I braved the traffic of Los Angeles to head downtown this week. It took more than an hour and a…

Please The Palate Pick of the Week: Wine and Tapas with Bodega Colomé Winemaker Thibaut Delmotte at the Cara Cara Rooftop at the Proper Hotel Downtown LA

I braved the traffic of Los Angeles to head downtown this week. It took more than an hour and a…