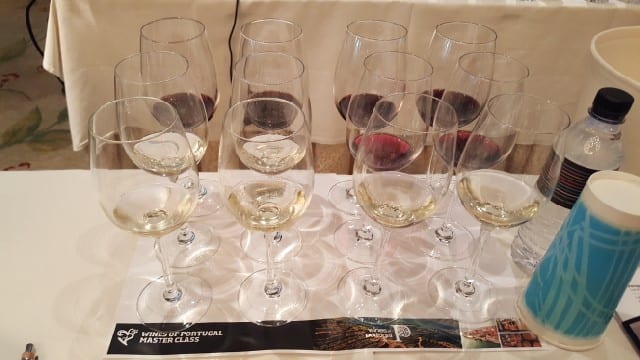 This story originally appeared in ATOD Magazine. Varietals of wine grapes are endless: Chardonnay, sauvignon blanc, pinot noir, merlot, cabernet sauvignon, riesling, malbec, barbera, Nebbiolo, sangiovese, pinot grigio … and more! There are hundreds upon hundreds of wine grapes grown throughout the world. Most of those we’re familiar with come French or Italian grapes but have you ever heard of alvarinho, verdelho, malvasia, alicante, tinta roriz or touriga nacional? If not, we wanted to introduce you to some Portuguese wines making their way to more and more on wine lists at some of your favorite restaurants and wine bars. About the Region Portugal is located in the Iberian Peninsula in the southwest of Europe, bordered by Spain on one side and water on the other. It’s a small country, only 35,645 square miles (575 miles long by 138 miles wide), which makes it the same size as the states of Maine or Montana. That said, while Portugal may not be a big country, it has the ninth largest vineyard area in the world in comparison to the United States, which ranks sixth. Portugal is the ninth largest exporter to the United States, behind France, Italy, Spain, Chile, Australia, New Zealand, Argentina and Germany. Twenty-five percent of what is exported are delicious fortified wines, Madeira and Port and seventy-five percent of the wine exported to the US from Portugal are still, dry wines. www.visitportugal.com Portuguese Wines 101
30 August, 2017

As you get ready to warm up the barbeque and chill down the beer for your 4th of July parties, think about opening a bottle of Madeira to enjoy with your friends.

Why Madeira?  Well, did you know that Madeira was a favorite of Thomas Jefferson, George Washington, Alexander Hamilton, Benjamin Franklin and John Adams, the founding fathers of the United States?  In fact, when they signed the Declaration of Independence, they toasted with Madeira.

What is Madeira?  Madeira is the wine named for an island, and an island named for a wine.  Understanding Madeira is not an easy feat.  The winemaking process, grape varietals and wine styles are not like other wines that you are familiar with.
02 July, 2012
Copied!
Previous

This story originally appeared in the Napa Valley Register. Some regions in the world are known for single varietal wines,…