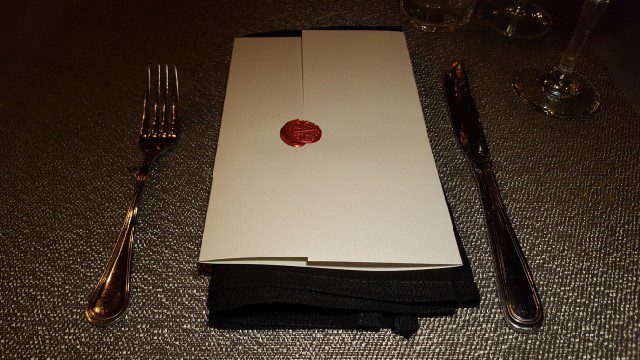 A brick facade along Lankershim Boulevard in North Hollywood is what you are looking for. From the outside, it is a non-descript building. But step inside and this former dance studio has been converted into an art gallery and secret supper club. You have entered INTRO. INTRO Art Gallery & Chef's Table is a place where friends, artists and others come together to celebrate food and art and music. INTRO Art Gallery & Chef's Table is created by Grammy Award winning sound engineer Manny Marroquin, General Manager Rob “Rob C” Ciancimino and Executive Chef Paul Shoemaker. Manny Marroquin owns Larrabee Studios just next door. And just on the other side of the dance studio, he is building a restaurant with a state of the art music system connected to the studio. They took over the dance studio and converted it to an office. But while waiting to open the restaurant, Chef Paul was getting antsy. Chef Paul has worked at Alan Ducasse, French Laundry, Providence and Water Grill, as well as Savory, Firefly, and Joe Pytka’s Bastide, where he earned himself a Michelin star. He was eager to start cooking again. While awaiting the new restaurant, one day Rob C found Chef Paul outside cooking on a homemade grill and when asked what he was doing, Chef Paul responded, "You have to eat; I have to cook." So Rob C and Manny took their office space, with its linoleum floors and dance bars, and gutted and painted the space. They repurposed wood found under the linoleum tiles and built a large long wooden table. They built a kitchen for the chef. They put art on the walls and INTRO Art Gallery & Chef's Table was born.
16 December, 2016
Copied!
Previous

From Devo to Vino: Gerald Casale and The Fifty by Fifty

This story originally appeared in the Napa Valley Register. If you grew up in the 1980s, as I did, you…