Drink Riesling, One of the World’s Most Versatile Grapes – Crush On This Episode 34

Riesling is one of the world's most versatile grapes and we love everything about it! This week we each selected a Riesling from a different region in the world! Brightness. Acidity....

Hanukkah just ended. For eight nights, we lit the candles, opened presents and ate latkes. I love latkes which are fried potato pancakes topped with sour cream and/or apple sauce.... 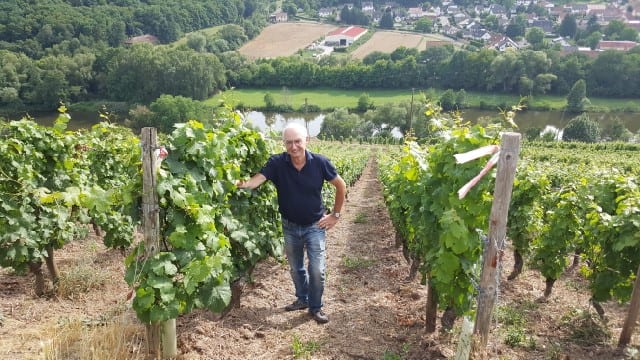 This story originally appeared in the Napa Valley Register. When you think of German wine, you most likely think riesling. And when you think of riesling, you probably think sweet wine. Yes, there are sweet styles but not all riesling is sweet. In fact, there are many dry rieslings, and dry wine is what the German people prefer to drink. So, how can you tell when a riesling will be sweet or dry? By the labeling. The labeling of German wine that you might be most familiar with, and the most confused by, is their Prädikat wines, which are based on ripeness level designation, such as kabinett, spatlese, auslese and beerenauslese. But in 2002, and then updated in 2006 and again in 2012, the VDP, an association of Germany’s best producers founded in 1910, established a new classification system based on the Burgundian system of Grand Cru and Premier Cru vineyards. Germany has four tiers – Grosses Gewächs (Grand Cru vineyards), Erste Gewächs (Premier Cru vineyards), Ortsweine (village level) and Gutsweine (estate wines). Gross Gewächs vineyard sites are where the best dry riesling comes from, and they are noted on the bottles with an embossed GG. The small region of Nahe, as I discovered on a recent trip to Germany, has a vast array of dry rieslings. Nahe, located between the Mosel and the Rhine Valley in southwest Germany, used to be part of the Rhine but was declared an independent region in 1971 and started to get interest 20 years ago. Located at the 41-45 parallels, Nahe is more northern than Canada. The temperature in Nahe is mild, with lots of sunshine and low rainfall, allowing the grapes to fully ripen and be vinified dry. What sets Nahe apart from other regions is its geological diversity. There are 180 different soil types within the 4,000-hectare region. This wealth of soil types includes quartzite and slate in the lower valley near the Rhine, porphyry, melaphyre and colored sandstone in the central valley and weathered soils and layers of clay with sandstone, loess and loam in the higher valley.
27 September, 2017
Copied!
Previous